Oleksandr Petrakov: I am grateful to guys for everything they did in the match against France. We stay in the game 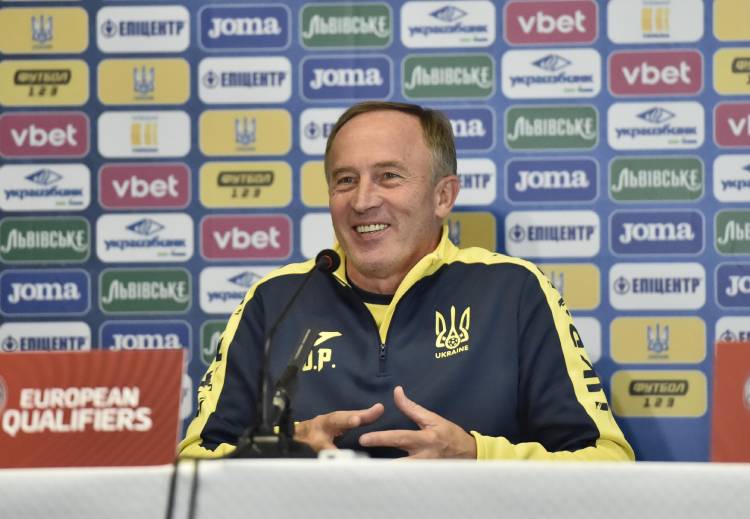 Head coach of the national team of Ukraine Oleksandr Petrakov held a press conference after the match with the French team.

- At the end of the match you replaced Shaparenko with Sydorchuk. Did that mean you agreed with the outcome of the game? Are you satisfied with it, given the tournament situation?

- We played with the French national team, many people came ... Did I have to release three strikers? Yes, in the end I wanted to keep the result.

- Tell us about your emotions during the match. What did you experience?

- Honestly, I even lost myself in the basement of the NSC "Olympic". This is the national stadium of my native country, very high responsibility, I understand that I train the national team, a lot of people came. It was difficult. But when the game started, I was already involved.

I can say that I passed a trial by fire at the NSC Olympic. It is a pity that we did not win. Conceded a strange goal...

- What did you tell Sikan before coming on as a substitute?

- Everyone asks me about it. I told him not to ask for a pass to his feet, but to run behind the French defenders. They were already tired.

- Pogba was covered by several players at once. In Mbappe's absence, did you consider him the main threat?

- The French national team has someone to replace Mbappe and others. As for Pogba, we asked Yaremchuk to come down and cover him. This is the star of world football.

- Malinovskyi again did not get to the starting line-up. What's going on with him?

- I am getting acquainted with the team, we are playing according to a new scheme. We talked to Ruslan when he arrived at the national team. He is offended that I did not put him in the lineup. I talked to him and apologized to him. I just came to the team. I need players with bursting speed on the wings in this scheme. We will talk to Ruslan, see what happens next.

- What did you say to the players during the break? What was the plan for the second half?

- I said that we play according to the same structure, that we need to stand for 10 minutes and not to concede. Why didn't they keep the score? This is football. The French national team is the current world champion. I am grateful to my guys for everything they have done. We stay in the game.

- Did Shaparenko play today so that he will be in the starting lineup in the next matches?

- We had a duel with Kazakhstan. We can not refuse rotation. I kept it all in my head. Mykola did not play with Kazakhstan in the starting lineup. After that match, five fresh players came out today. God help us to have someone to rotate at this level. Thanks again to Shaparenko and the other guys for this game.

- Have you already found a common language with the team, with its leaders? Is this your team?

- It is impossible for the team to become mine. Need time. Thanks again to Andrii Shevchenko, Andrea Maldera and Mauro Tassotti. They have done a lot for our team in five years.

Alexander Petrakov's press conference on the eve of the 2022 World Cup qualifying match with Bosnia and Herzegovina (live - from 12.00 on the UAF YouTube channel)

Oleksandr Petrakov: “The guys in the theoretical classes were very attentive, for which I am grateful to them. They did everything we asked for. "

Acting head coach of the national team of Ukraine Oleksandr ...

Alexander Petrakov's press conference on the eve of the 2022 World Cup qualifying match with Finland (live - from 18.30 pm on the UAF YouTube channel)

Alexander Petrakov: "Everyone in the team understands their responsibility, we just need to win"