Ruslan Rotan: "Judging by the number of our goal moments, the victory should not have been so difficult" 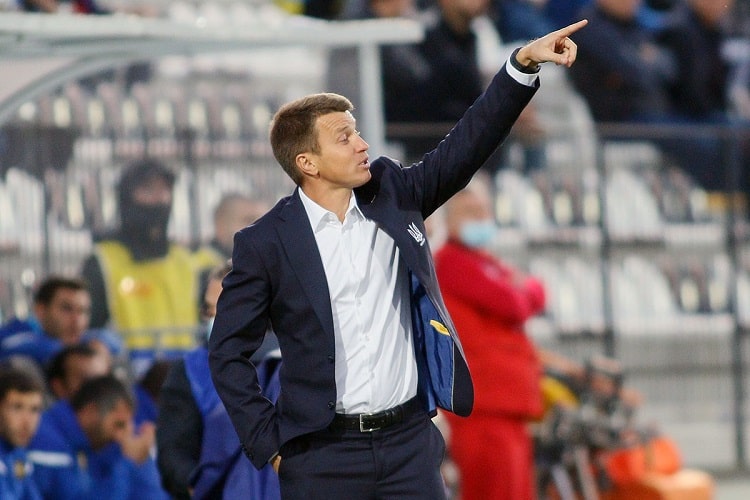 The head coach of the youth national team of Ukraine Ruslan Rotan believes that his wards could have closed the last match in the 20th minute.

After match selection of Euro-2023 (U-21) against the team of Armenia (2: 1) the head coach of the youth national team of Ukraine Ruslan Rotan answered the questions of journalists.

- Ruslan Petrovich, during the match it seemed that your wards should win with a big advantage. The score is not on the game?

- Convenient. I think that the victory should not be so difficult, again, based on the number of goal moments at the opponent's goal. We could have closed the match in the 20th minute, but we brought ourselves a nervous limb. The structure of the game broke down a bit due to unnecessary losses of the ball.

- It was heard that something incredible was happening in the locker room of the national team of Ukraine ...

- There were emotions in the locker room, the guys deserved it (laughs).

- Today, the center of the field, where three creative performers acted, looked interesting. How did you decide to take such a risk?

- Bondarenko, Sudakov and Mudryk played together in the UEFA Youth League. The boys are growing up, a lot is coming out. I liked that in these two paired matches there was a real team on the field. Even when the matches are not quite successful, the guys break the course of the meeting.

- There are a lot of new names in this "youth", but do you feel that this is your team? Who is now the leader of the team? For example, the coach of the Armenian national team noted Artem Bondarenko ...

- As a coach, I should not single out anyone, because we have a team, only together we win. However, not everything is visible from the coaching staff, so there is a player on the field to whom other guys are drawn. I am glad that Bondarenko took over these functions. 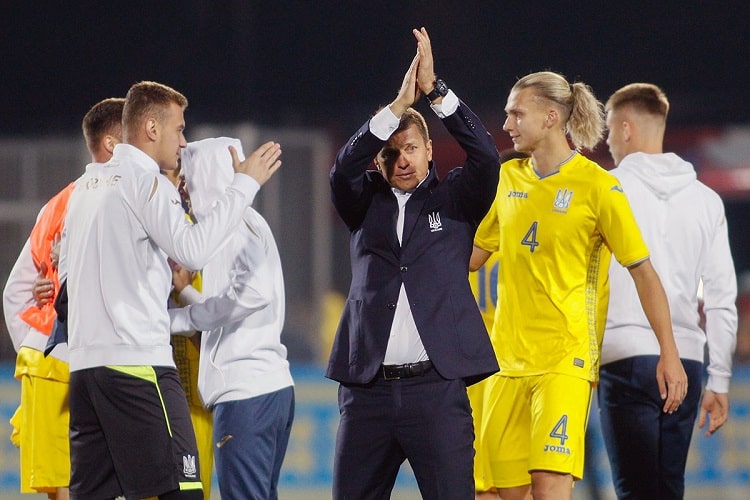 - Very much. I want to thank Kovalivka, the president of the Kolos football club. Such a stadium for the youth team is a luxury. Here we played two matches and both won. The support of the fans was felt throughout the match. Many thanks to them.

- How carefully do you work out the implementation of standard provisions?

- We pay a lot of attention to this component of the game. However, today not everything turned out during the implementation of the standards, unless, of course, take into account the great blow of the Wise Man. Such goals bring joy and make a break in the game. The match was not easy, although we did not think it would be so difficult.

- The French national team lost points in the match against the Faroe Islands. Is it a plus or a minus that the undisputed favorite is behind Ukraine?

- I already told the guys that we should use such gifts, which was not the case in the last selection, where the team lost points where it could not be done. Now we take ours, but we will count everything at the end of the tournament.

Ruslan Rotan: "We have already forgotten Serbia, tomorrow is a responsible match with Armenia"

The head coach of the youth national team of Ukraine Ruslan Rotan believes that ...

Ruslan Rotan: "Victory in Serbia will give confidence, but there is no less important match with Armenia ahead"

After the victory in the first round of the qualifying tournament Euro-2023 (U-21) over ...

Euro-2023 (U-21). The youth national team of Ukraine minimally defeated the team of the Faroe Islands

Euro-2023 (U-21). Today the youth national team of Ukraine will play a match with the team of the Faroe Islands

Today the Ukrainian "youth" in Zaporozhye on "Slav ...