Oleg Protasov: October and November will be busy for the national, U-XNUMX and youth teams of Ukraine 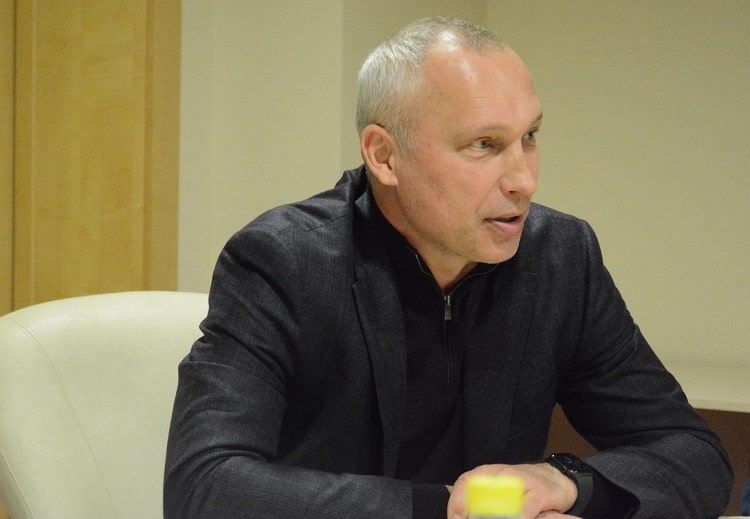 September was productive for the Ukrainian teams of all age categories. The national team played three matches, including two in the World Cup qualifiers. The Ukraine U-XNUMX team started Euro-XNUMX qualification with two victories U. , and the U-17 youth team took part in the BANNIKOV CUP.

Oleg Protasov, the UAF first vice-president, the first deputy chairman of the UAF National Teams Committee, told about what awaits the blue-and-yellows in the last months of this year.

- October and November will also be busy for our teams, - said Oleg Valerievich. - The main team is waiting for two games, during which the decisive matches of the World Cup qualifiers will take place. During the first of them, which takes place on October 4-12, Oleksandr Petrakov's wards will play against Finland (October 9, Helsinki) and Bosnia and Herzegovina (October 12, Lviv). At the last training camp of the year, which is to last from November 8 to 16, the team will first meet Bulgaria in a friendly match (11th, Odesa), and then hold the final match of the 2022 World Cup qualifiers with Bosnia and Herzegovina (November 16, Zenica).

The U-21 team will also hold two training camps. During the first (October 4-12), the team will meet France (October 8, Brest) and Faroe Islands (October 12, Zaporizhzhya), and in the second (November 8-16) they will play against North Macedonia (11th) and Serbia (November 16). All these matches of Ruslan Rotan's wards will take place within the qualifying tournament of Euro-2023 (U-21), where they are currently leading in Group H.

The U-19 youth team is waiting for the responsible exam. This team will take part in the Euro-6 (U-12) qualifying round from October 2022 to 19 in Poland. In addition to the hosts, the rivals of the Ukrainians will be the teams of Finland and Malta. Volodymyr Yezerskyi's task is to get a place in the elite-round.

The U-18 youth national team is scheduled to meet in October and November. Next month, Serhiy Nagornyak's boys will go to Slovakia, where they will play two friendly matches against local peers on October 8 and 10. From November 8 to 16, another NTZ will take place, during which sparring is also planned. Plans for it are still being clarified.

And finally, the U-17 team, which gave us a lot of emotions during the recent BANNIKOV CUP, will hold another training camp from November 3 to 10, dedicated to preparing for the Euro 2022 qualifying round in their age category. The tournament will be held in Portugal, where, in addition to the hosts, our rivals will be Wales and Kazakhstan. Qualifying matches will take place on November 10, 13 and 16. Oleg Kuznetsov's wards need to get a pass to the elite round of selection, which will feature the two strongest teams from each group, as well as the top four third-placed teams.

September. Chronicle of events: a draw with the world champions, the winning start of the "youth" in the Euro selection and a new premium sponsor of the national team

In September, the national team of Ukraine held three matches, including ...

July 31 in Kiev at the STC. V. Bannikov hosted the final tournament of the Cube ...

In the village of Prydniprovske, Nikopol district, Dnipropetrovsk region ...