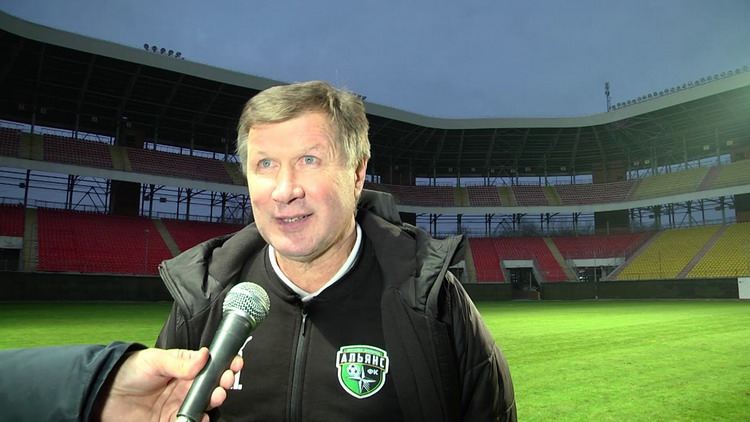 In the 1/16 finals of the draw of Vbet Ukrainian Cup Cup of Ukraine-2021/2022 "Alliance" won a super-strong victory over "Minai" - 3:2. And in the fight for a place in the quarterfinals, a team from Lypova Dolina will meet with another representative of the elite - "Lviv".

- I am pleased that we will play against the UPL club again in the 1/8, - said the head coach of the "Alliance" Yuri Yaroshenko in a comment to the official website of the UAF. - First of all, this is a great opportunity for the first league team to gain valuable experience, and secondly, it automatically allowed us to host an opponent at home.

How do I assess our chances in the confrontation with the "citizens"? Since Lviv has been playing in the elite for several seasons, it has qualified legionnaires, and it should probably be preferred. But cup battles, as you know, have their own laws…

What helped in the previous round to achieve a break in the match with "Mina", when we already missed twice in the debut? I will pay tribute to the wards for a real cup character. They, as if nothing had happened, tried to follow the coaching setup and still snatched the victory. Although in fairness it should be said that luck was on our side: with a score of 2: 2 Transcarpathians did not realize two goals, and then we scored… This victory over "Mina" is perhaps the most dramatic in the history of "Alliance". We hope there will be more…

The Directorate for the Vbet Cup of Ukraine has set dates and h ...

Today in Kyiv in the House of Football there was a draw of the 1/8 finals of the ...

Ukrainian Women's Championship: matches of the 7th and 10th rounds in the major league took place

In the championship of Ukraine among women's teams of the top league the ...

On Saturday in the championship of Ukraine the next victory was won by the Kiev «...