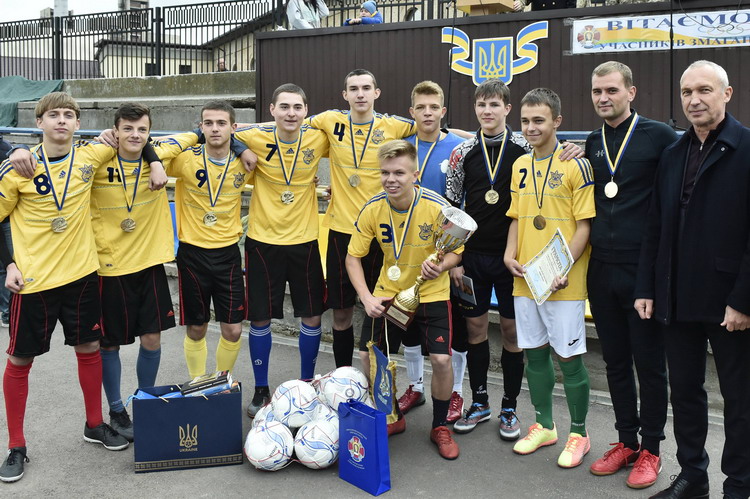 In the sports complex of the Kyiv Military Lyceum named after Ivan Bohun, the fourth football tournament for the Cup in memory of the Hero of Ukraine Andriy Kyzyl has come to an end. The honorary guests of the event were the hero's relatives - wife Oksana and son Artem.

Six teams from military educational institutions from different regions of Ukraine took part in the two-day competition dedicated to the Hero of Ukraine. 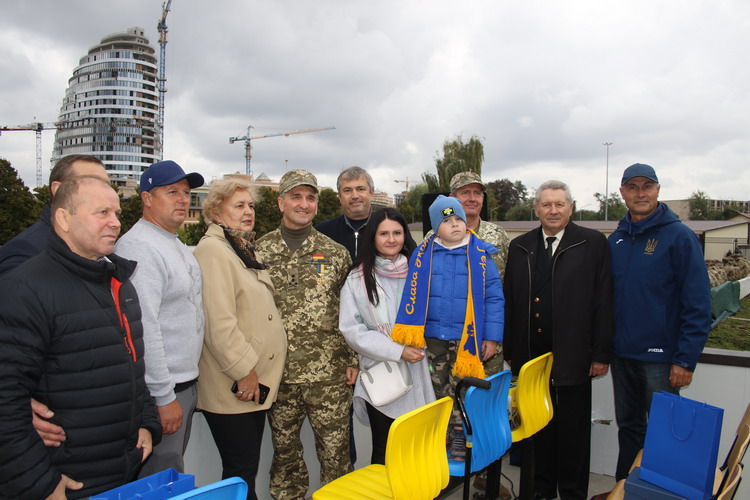 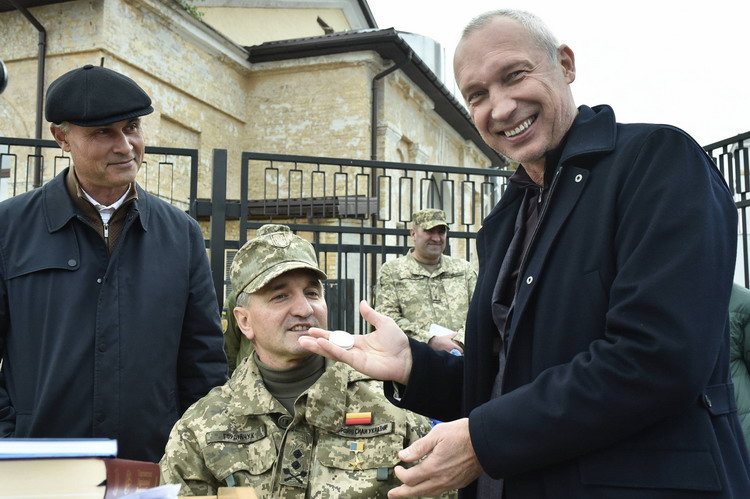 On behalf of the President of the UAF, a member of the UEFA Executive Committee Andriy Pavelko, the honored guests presented to the head of the lyceum, Hero of Ukraine, Major General Igor Gordiychuk a souvenir ball signed by players of the national team of Ukraine, and participating teams - game balls and memorable gifts from associations. 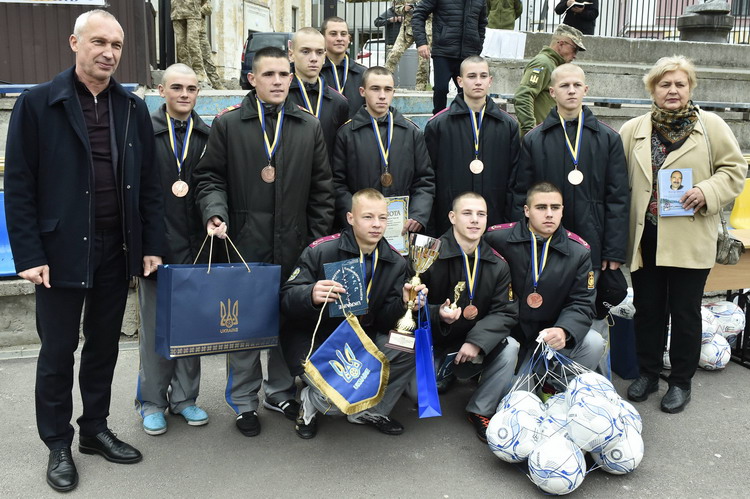 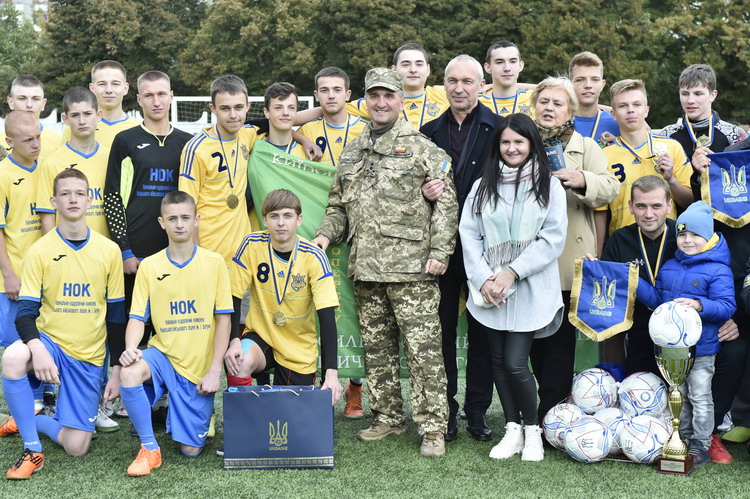 The winning team symbolically handed over the cup named after the Hero of Ukraine Andriy Kyzyl to his little son Artem.

"Football is a team game. Both in military affairs and in life, those who know how to work in a team achieve the best results and success. It's nice that you play football and, like real warriors, give your all for victory. Play this game in the future and be worthy defenders of Ukraine! ” - Oleg Protasov addressed to those present.

The organizers also determined the best players of the tournament. They became: 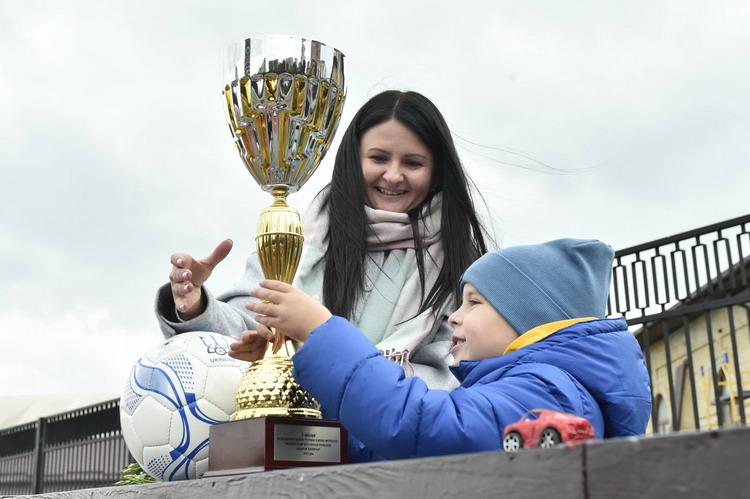 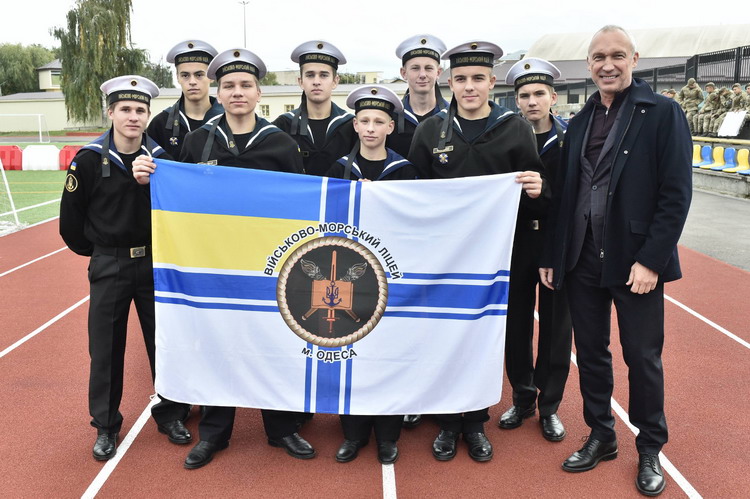 From an early age he dreamed of becoming a soldier, like his grandfather and father. In 2008 he entered the Kyiv Military Lyceum named after Ivan Bohun, a 2010 graduate. He studied at the National Academy of Land Forces. Hetman Peter Sagaidachny, a graduate of the Faculty of Combat Troops in 2014.

In May 2014, he was enlisted in the 72nd separate mechanized brigade (unit A2167, Bila Tserkva). From July 2014, he took part in hostilities in the Donetsk region. He became a company commander at the age of 21. Participant in the battles for the village of Petrivske, Volnovakha district (February 14, 2015) and the village of Novolaspa, Boykiv district (August 10, 2015). For more than a year and a half, company personnel under the command of Senior Lieutenant Kyzyl held the defense near the town of Volnovakha.

In 2015, Andriy was recognized as the best company commander in Sector M. He was later appointed Deputy Commander of the 1st Mechanized Battalion 72 OMBr.

He died on January 29, 2017 from a shrapnel wound during a battle with groups of Russian occupation troops in the industrial zone of Avdiivka.

Oksana's wife and Artem's son remain in the Hero of Ukraine.

At the central entrance of the Kiev military lyceum named after. Ivan Bohun memorial plaque to Andriy Kyzyl was erected. Also named after the hero is a street in his native Uman.

The official opening ceremony of the football match took place on October 23 in Kharkiv ...