Vbet League. Dynamo defeated Chornomorets and topped the table for at least a day 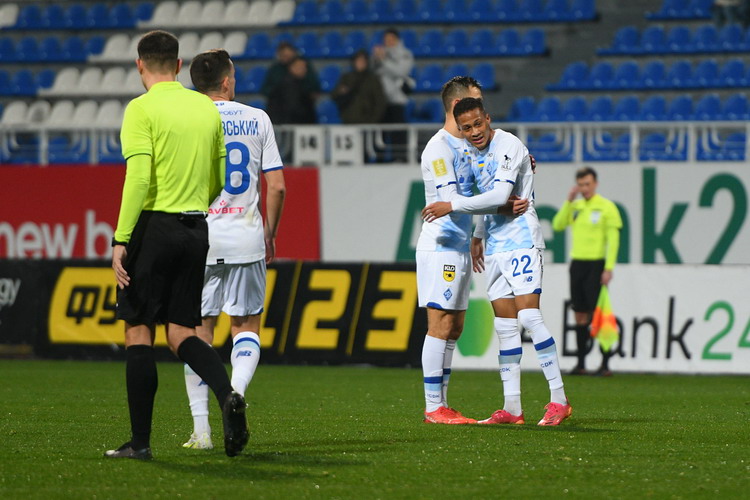 The first match took place today of Vbet Ukrainian Cup Round of XNUMX Leagues after the international break. Chornomorets hosted Dynamo in Kyiv at the Valery Lobanovsky Stadium by agreement between the clubs.

According to another agreement, Odesa players had the opportunity to involve players who were leased from the Kyiv club in the match, but this did not help them get a positive result. Although one of them, Isayenko, scored a goal against Bushchan. The difference in the class of rivals was noticeable and was embodied in the six goals of the nominal guests. Thanks to this victory, the white and blues are ahead of Shakhtar in the table, but the Pitmen will play their match of the 15th round tomorrow.

As part of Dynamo, players who were called up for the November training camp of the national team of Ukraine: Bushchan, Karavaev, Mykolenko, Tsygankov (yellow card, replaced in the 72nd minute), Buyalsky (two goals, replaced in the 77th minute) , Garmash (substituted 46 minutes into the game).

Vbet League. Lviv beat Mariupol on the road and entered the top ten

Today's match in Mariupol with the participation of two teams from the bottom of t ...

Vbet League. Shakhtar topped the table for the first time this season thanks to the victory over Kolos

The miners won today in Kovalivka and caught up with Dynamo & raq ...

Dynamo Kyiv did without defeats in the national team ...

On Friday, January 28, Oleksandr Kosenko's wards will hold a crucial ...

Mykhailo Zvarych: With such a mood, dedication and fighting spirit, we will beat Portugal

Mykhailo Zvarych, a player of the Ukrainian national futsal team, commented on the victory ...