Intermission in the Vbet League: most clubs will go to Turkey, Dynamo released Mykolenko 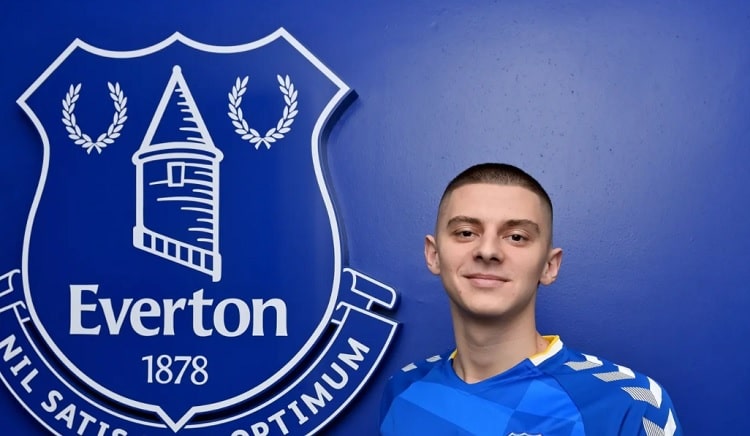 Here is the latest news from the life of Ukrainian Vbet League clubs, which will soon begin preparations for the second part of the season.

Shakhtar, who currently heads the standings, will go on vacation on January 13, and on the 16th will go to Turkey for the first of two scheduled winter meetings. It should be noted that at the end of last year the longtime team leader Marlos said goodbye to the miners.

The current champion of Ukraine, Dynamo, will also return from vacation on January 13, and the 17th will go to the first training camp in Spain, where he will play five sparring matches. After this stage, the team will fly home for a few days, and then hold two more meetings, already in Turkey. Kyiv became the main personnel news transition defender of the national team of Ukraine Vitaliy Mykolenko in English "Everton".

The third command of the table, Dnipro-1, will go on vacation on January 17 and in a week will go to the first of two scheduled meetings in Turkey. Dnipro signed a full-fledged contract with 22-year-old Brazilian Bill, leaving the team Dubinchak, who returned to Dynamo, and Batagov, who moved on loan to Polissya.

Zorya Luhansk will hold two meetings in Turkey - from January 16 to February 1 and February 5-17. For the first time this year, the team will meet on January 10. Until the 15th inclusive, Luhansk will train in Zaporizhia, and on the 16th they will go to Belek. During the first stage of foreign training, Zorya will play Poland's Pogonya (January 19), Kazakhstan's Aktobe (January 23), Poland's Rakuva (January 27) and Serbia's Spartak (January 31). The main loss of the team was the Iranian Allahjar, whose lease with "Fenerbahce" has expired.

Vorskla will gather in Poltava for the first time and will start preparations for the spring part of the season on January 16. The white and greens will go to Turkey on the 22nd. At the moment they have four sparring matches planned. Vorskla will return to Ukraine on February 18. We will add that at the end of last year the striker Eseola left the team.

January 10 in his hometown will gather Oleksandriya. On the 16th the team is scheduled to play a two-way game, and on the 19th - a flight to Turkey. There, the "citizens" will hold two meetings. During the first stage of preparation, sparring matches with Polish Zaglebie (January 23) and Gurnik (January 26), Kosovo's Balkans (January 27), Kazakhstan's Caspian Sea (January 31) and Denmark's Vejle are planned. ).

У "Ears" one of the veterans, Gavrish, ended his playing career and joined the team's coaching staff. Orikhovsky and Totovytsky became newcomers to the blacksmiths, while Kostyshyn left the club. Kolos will go on vacation on January 18, work at home for a few days, and then fly to the Turkish training camp. Seven sparring matches are planned during the foreign stage of training.

January 11 will end the holiday in the main lineup "Metalist 1925". The 14th team will start preparing for the second part of the season. The flight to Turkey is scheduled for the 25th, where the training of Kharkiv residents will last almost until the first official match. In the winter, the defender of the West left Metalist 1925.

Rukh will go on vacation on January 9, the first stage of the team meeting will be held at the training base in Vynnyky. On January 30, Lviv will travel to Turkey, where the final part of preparations for the resumption of the championship awaits them. The yellow and blacks will play eight sparring matches there and will return home on February 21. Note that Orikhovsky left the team.

The holiday will end on January 10 "Lviv". From January 17 to February 17, the "citizens" will be in Turkey. Sparring matches against Austrian Hartberg (January 22), Tbilisi's Dynamo (January 26) and Czech Teplice (January 28) are already planned. Negotiations are underway with two other rivals. Khamelyuk and Sorokin left the team.

During the break, the head coach changed Chornomorets - to the club returned Roman Hryhorchuk, while Yuriy Moroz left his post.

Mynai in the winter the head coach Igor Leonov, as well as players Ahmedzade and Kucher left. Transcarpathians have not yet named the new mentor.

Mariupol. preparations for the second part of the season will begin on January 17. The Azov team will play its first stage at home, and on the 25th the team will go to the training camp in Antalya, where it will play against the Serbian Voždovac (January 29) and the Bosnian Shiroki Brieg (February 2).

Intermission in the Vbet League: a rich game program of clubs in Turkey, visits of coaches of the national teams of Ukraine

Forward of the national team of Ukraine Roman Yaremchuk commented on the transfer ...

A control match in Empoli, Italy against the teams of the same name ...