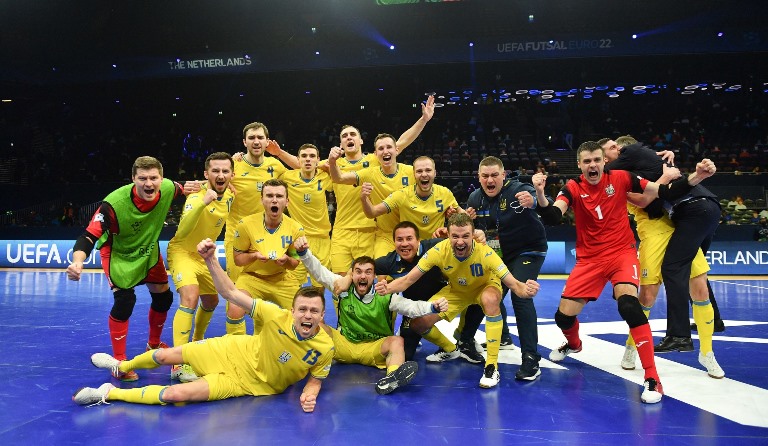 The Ukrainian national futsal team performed at the European Championship for the 12th time in history and finally overcame the quarterfinal stage.

The UEFA European Futsal Championship was first held in 1996 and has been held every two years since 1999. The only exception was the period when, after the European Championship in Portugal in 2007, Hungary hosted the next championship in 2010. From 2018, the Euro has moved to the format of one tournament for four years.

The current European champion is the Portuguese national team, which won at the last two continental forums. The record for the number of titles is held by Spain, which became the strongest on the continent seven times.

The national team of Ukraine made its way to the final part of the European Championship immediately in 1996. That tournament was experimental, and only six teams took part in the decisive stage. Blue and yellow under the leadership of Gennady Lysenchuk took fifth place, beating the Netherlands in a face-to-face duel - 4: 3 OT.

The Ukrainians missed the next European Championship, losing in a key qualifying match to the Portuguese. Instead, in 2001 and 2003, the team achieved the greatest success in its history, winning silver twice.

In 2001, the Blue and Yellows took second place in the group and reached the semifinals, where they defeated the Italians - 3: 3 (5: 4). In the final, our team lost to the Spaniards with extra time 1: 2.

In 2003, the national team of Ukraine won the group, defeated the Czechs in the semifinals (5: 1) and in a decisive match for gold met with the Italians. The fate of the match was decided by the only ball of the Azzurri Squadron, and the Ukrainians won the second silver medal of the European Championship in history.

In the next championship, the blue and yellows reached the semifinals, where they lost to Spain (0: 5), and in the match for third place - Italy (1: 3). In 2007, the Ukrainians failed to leave the group, and in the next five championships invariably stopped in the quarterfinals. At this stage, our team lost to Azerbaijan, Croatia, Portugal, Serbia and Spain.

In the group round of this year's continental championship, the blue and yellows lost to the Netherlands (2:3), defeated Serbia (6:1) and lost to Portugal0:1), but took second place in the quartet and made it to the playoffs. Oleksandr Kosenko's wards defeated Kazakhstan in the quarterfinals (5:3), lost to Russia in the semifinals2:3), and in the match for third place lost to Spain (1:4).

The meeting between Ukraine and Portugal at the 2003 championship was a real highlight for Serhiy. The match ended with a score of 7: 4 in favor of the Ukrainians, and Koridze scored five times in one match, setting a European Championship record.