Euro-2022 (U-17): the youth national team of Ukraine lost to the team of Italy and did not make it to the final tournament 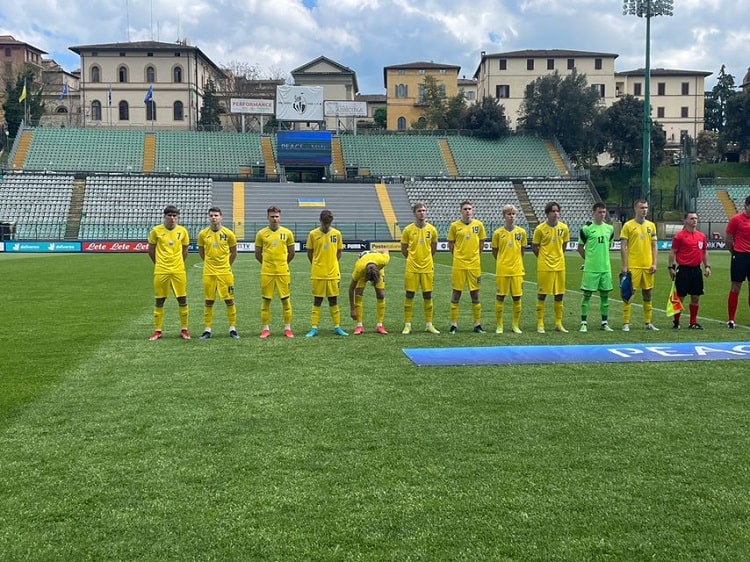 Today in Siena, Italy, Oleg Kuznetsov's wards played the third decisive match in the elite round of Euro 2022 (U-17).

In the first round of the elite round of Euro 2022, the youth national team of Ukraine (players not older than 2005) defeated the team of Kosovo (2: 0), and in the second, unfortunately, lost to Poland (2: 3). At the end of the tournament, the blue and yellows had to face the hosts - the Italians. Moreover, given the situation, the national team of Ukraine had to win to take the first or second place. In other cases, it was necessary to take into account the result of the parallel match Poland - Kosovo ...

From the first minutes of the match, the blue and yellows did not press against their goal, trying to respond to the opponent's attacks with their own. However, the hosts of the competition were the first to create a dangerous moment. However, Fesiuk repulsed a blow to Chiarodi's focus. The Ukrainians responded with a dangerous shot from Gusev, but the ball flew near the post.

And yet, closer to the middle of the half, the advantage of the Italian national team became noticeable. And she scored her goal. In the 28th minute in our penalty area Boltsan won the fight against the defender and gave a pass to the oncoming Wakka, who was not disturbed by Janovic. Fesyuk was powerless. 0: 1.

At the end of the first half, the national team of Ukraine tried to change the course of the match, but the final blow to our guys did not work out. But Fesyuk in the first 45 minutes repulsed four strikes by the Italians. There was hope for the second half.

And from the first minutes our team went forward with great force. The Italians did not cross the center of the field until the 57th minute, when they managed a counterattack, as a result of which Janovic broke the rules on Onofriotti. Penalty and red card for the Ukrainian midfielder. Moreover, Di Maggio increased the lead in the penalty area. 0: 2. It seemed that the game was over, but the blue and yellows did not lose heart, and in the 62nd minute Derkach earned a penalty. Unfortunately, Kremchanin did not realize this chance by hitting the post.

And when in the 74th minute Lipani scored the third goal, the question of the winner of this confrontation was no longer. 0: 3. The end of the match was dictated by the Italians, but they were not allowed to score yet Fesyuk, who eventually had eight saves.

In the last seconds Balaba scored a goal of prestige after Kremchanin's pass from the corner. 1: 3.

Thus, the youth national team of Ukraine took third place in the group and, unfortunately, did not get to Euro-2022, which will be held from May 16 to June 1 in Israel.

In the 62nd minute Kremchanin missed a penalty (rack).

The two best teams from each group will reach the quarterfinals.

Yuriy Moroz: "In our group, the favorite is Italy. Cyprus and Ireland are not so authoritative in terms of names, but they can present a surprise"

The head coach of the youth national team of Ukraine U-17 Yuriy Moroz commented...