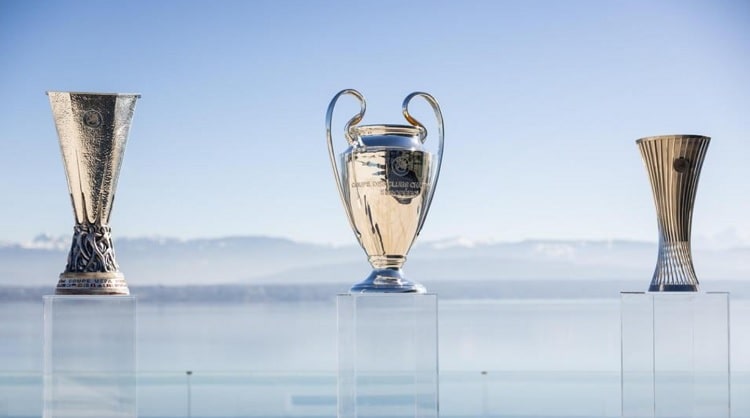 After extensive consultations with stakeholders today in Vienna, the UEFA Executive Committee, which includes UAF President Andriy Pavelko, approved the final format and list of admission to European club tournaments from the 2024/2025 season in accordance with its decision of 19 April 2021 to introduce the so-called Swiss system.

The key amendments concern reducing the number of matches from 10 to eight in the UEFA Champions League and changing the criteria for allocating two of the four additional places in the UEFA Champions League with the removal of access based on the club odds. This confirms UEFA's firm intention to follow the principle of open competitions and sporting victories, while recognizing the need to protect national leagues.

The four additional places created by the increase in the number of teams from 32 to 36 in the UEFA Champions League stage will be distributed as follows:

- one place will go to the club that took third place in the championship of the association and occupies the fifth position in the ranking of national associations of UEFA;

- one place will be given to the champion of the country by increasing the number of clubs that have qualified for the so-called Way of Champions, from four to five;

- The last two places will be awarded to associations with the best collective indicators of their clubs in the previous season (total number of points scored divided by the number of participating clubs). These two associations will bring one place to the club with the best rating in the national league after the positions in the UEFA Champions League. For example, at the end of the current season, the two associations that add one club to the Champions League, based on the collective results of their clubs, would be England and the Netherlands;

- The UEFA Executive Committee has reaffirmed that all games before the final will continue to be held in the middle of the week, recognizing the importance of the internal calendar of matches across Europe.

Commenting on the decision, UEFA President Alexander Cheferin said: “Today UEFA has demonstrated that we fully respect the fundamental values ​​of sport and uphold the key principle of open competition with qualifications based on sporting victories, in full accordance with the values ​​and model of European sport based on solidarity.

Today's decisions complete a large consultation process, during which we listened to the views of fans, players, coaches, national associations, clubs and leagues, etc. in order to find the best solution for the development and success of European football. Both domestically and in the international club arena.

We are convinced that the chosen format provides the right balance and that it will improve competitiveness and bring solid income that can be shared between clubs, leagues and grassroots football on our continent, while increasing the attractiveness and popularity of our club competitions.

I am very pleased that this was a unanimous decision of the UEFA Executive Committee, when the Association of European Clubs, European Leagues and National Associations agreed with the proposals. Another proof that European football is more cohesive than ever.

Thus, the qualification will be based exclusively on sports results, and the dream of participation will remain in all clubs. "

If we take into account the increase in the total number of teams in the UEFA Champions League from 32 to 36, the biggest change will be the transition from the traditional group stage to a single stage of the league, which includes all participating teams. Each club will now be guaranteed at least eight league matches against eight different opponents (four home and four away), instead of the previous six home and away matches.

The eight best teams in the league will automatically advance to the playoffs, and the ninth-ranked teams will compete in the two-match playoffs to secure their way to the round of 24.

According to tradition, UEFA experts have compiled a list of the most talented young...

The Ukrainian Football Association sent an appeal to UEFA regarding the...