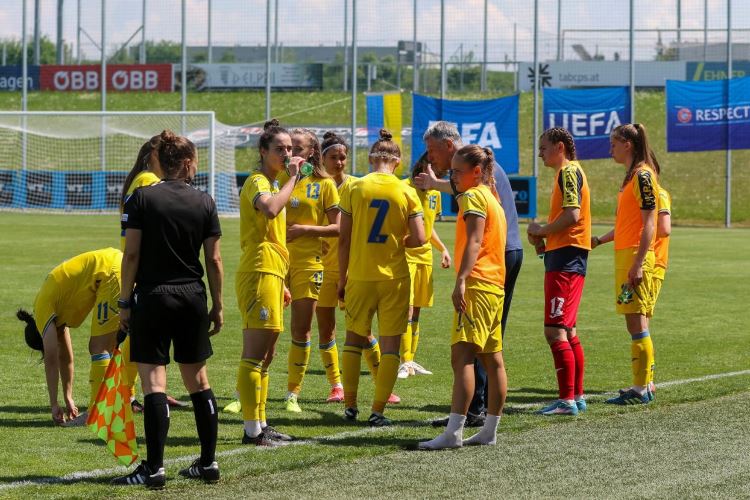 In the final match In the second stage of the selection of Euro-2022 (WU-19) in League A, Valery Palamarchuk's wards drew with the Bulgarians.

In the previous matches of Group A4, in which Austria hosts, the Ukrainians lost to Norway (0:5) and the host team0:1). So in the third match, which took place in Bad Wimsbach-Naidharting, the national team of Ukraine fought with Bulgaria to retain a residence permit in League A.

At the beginning of the match, the rivals inflicted several dangerous blows, which Boklach coped with. On the other hand, in the 31st minute Glushchenko didn't make it on her own, and after a while she almost threw the goalkeeper's "collar". At the end of the first half, the Bulgarian Dimitrova scored from a good position past the goal.

During the second half of the game, the opponents had more initiative and scored more often (yes, in the 81st minute Boklach really saved our team, repelling Yordanova's shot after going it alone). However, the Bulgarians failed to score, so the match ended in a draw. According to the total goal difference, the national team of Ukraine took third place in the group, so in the first round of the European Championship-2022/2023 will play in League A.

Seven winners of League A groups in the second round (England, Spain, Italy, Germany, Norway, France, Sweden) will join the host of the Euro, the Czech national team, in the final stage, which will take place from June 27 to July 9. The draw for the final tournament will take place on May 18.