Wales: we represent the rival of the national team of Ukraine in the final of the playoffs for the 2022 World Cup 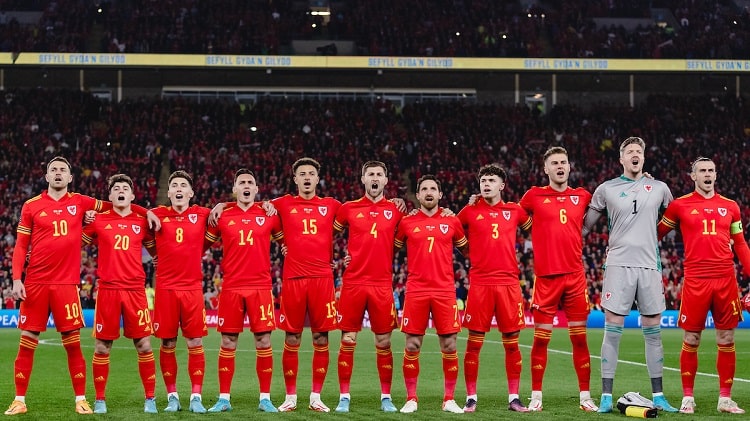 Today, June 5, in Cardiff, the national team of Ukraine will hold the final match of the playoffs of the 2022 World Cup with the team of Wales (starting - at 19.00). Introducing our opponent.

Confederation: UEFA. Governing body: Wales Football Association. As of March 2022, the Welsh national team occupied FIFA rating 18 place. Home arena: Cardiff City Stadium (33 spectators). The highest achievements - reaching the quarterfinals of the 1 World Cup, reaching the semifinals of the 4 World Cup. The team had its first match in history on March 1958, 1 against Scotland (2: 2016), the biggest victory was on March 26, 1876 over Ireland (0: 4), and the biggest defeat was on March 3, 1888 in a match against Scotland (11: 0). : 23). The team has a nickname «Dragons ».

The average age of the team is 25,6 years. The oldest player is Burnley goalkeeper Wayne Hennessy, who is 35 years and 5 months old, and the youngest is Manchester United midfielder Dylan Levitt (20 years and 6 months).

The Welsh national team is coached by 47-year-old Welsh specialist Rob Page, who became the team's temporary coach after the arrest in November 2020 of Ryan Giggs, accused of attacking two women.

Prior to that, Paige worked in English «Port Vale» and «Northampton Town», as well as in the youth national team of Wales.

Under his leadership, the Dragons played 22 matches: they won nine, drew eight and lost five. In tactics, the mentor follows scheme 4—2—3—1.

The leader of the current Welsh national team is the Madrid midfielder «Real Madrid »Gareth Bale. The 32-year-old midfielder has been playing for the Dragons since September 2006. During this time he played 102 matches for them and scored 38 goals.

Gareth Bale is considered one of the fastest players and best extreme midfielders in the world, he has excellent dribbling and ball control.

2022 World Cup. Rival in the playoff finals: who in the Welsh team is preparing for the match with Ukraine

The Welsh national team lost in the opening match of the third draw yesterday ...

FIFA rating. In the updated register, the national team of Ukraine ranks 27th

FIFA has published another ranking of national teams. In it Ukraine ...

2022 World Cup: all 32 participants of the final tournament have been determined

Today all the participants of the 2022 World Cup, which is about ...