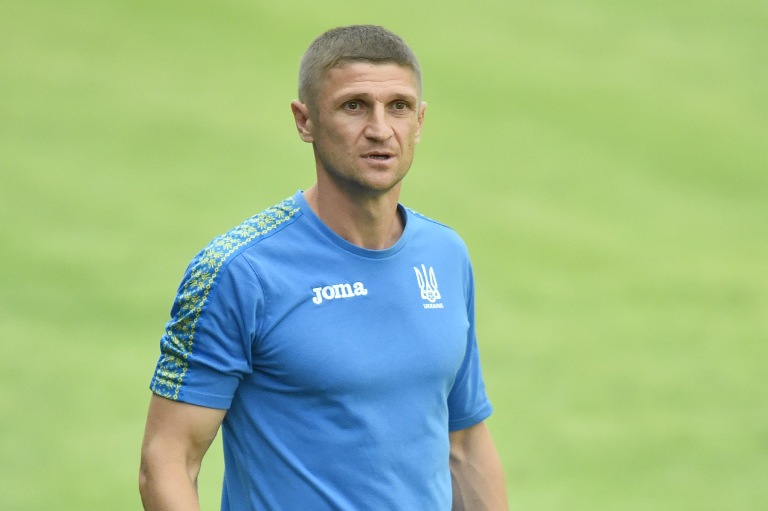 To sum up the performance of the youth national team of Ukraine in the elite round of Euro-2022 (U-19), where it took second place in the group after the Serbs due to more yellow cards than competitors, the official UAF website asked head coach Volodymyr Yezersky.

- Volodymyr Ivanovych, has there never been such an unfortunate outcome of the tournament for the national team of Ukraine in your football career?

- Of course, this was not the case. After the tournament, all officials locked themselves in the office for half an hour, solving this issue. In their careers, there were no such cases when the two teams had equal results. It is unfortunate that the fate of the ticket to the European Championship was decided by three yellow cards. In my opinion, it would be fairer to count the "mustards" in the match Ukraine - Serbia, and not in all matches. But such regulations, and you will not do anything. Many of our authoritative officials called me. Congratulations with a good result and they were shocked that such a denouement occurred.

It is a pity that such a huge amount of work that our coaching staff did six or seven days before the tournament did not bring the desired result. The footballers caught our idea and moved everything to the field, without having, except for the representatives of the Movement, playing practice since February. In addition, a large group of players who were previously called up to this team were injured, so there were newcomers. It was hard, but the whole team showed character, everyone was a professional.

We really wanted to bring as many positive emotions as possible to our fans, many of whom are now defending our country with a machine gun in their hands.

By the way, I would like to thank the UAF for resolving organizational and technical issues, the Dutch Football Federation and Yevhen Levchenko - for the opportunity to work on the basis of the Dutch national team, Rukh President Hryhoriy Kozlovsky - for working before leaving for the tournament, and all clubs , who delegated their players to our team.

- Which of the matches was the most difficult for you?

- I think that our group in the elite round looked stronger than the one that could be in the final part of the Euro. All three games were difficult. The Norwegians have a very strong lineup. The Serbs have players from Milan and many other strong clubs. Not to mention the hosts of the tournament, the Dutch, who even with one point before the last round had the opportunity to win the group, so their mood was crazy. But again, our footballers, no matter how difficult they were functionally, proved to be the best. Of course, in this regard, it is impossible not to mention the entire coaching and administrative staff. All worked as a single mechanism.

- The match with the Netherlands was the last for this national team of Ukraine. What did you say to your wards after the tournament?

- I said that I was pleased to work with such players. I am proud to have led this team. The guys did everything possible to make it to the European Championships, it was their dream. I wished the players not to lose their potential and to treat their work professionally. Soon a large group of football players will join the youth team, and later, I am sure, someone will be able to knock on the door of the national team.

With an equal number of points, a draw in personal meetings and the same overall goal difference, the Serbs, according to the rules, won by a lower number of disciplinary points (10 yellow cards against 13 in Ukraine).

The final tournament will run from June 18 to July 1 in Slovakia. The two best teams from each group will reach the semifinals. A match for the fifth place is also planned, as the five strongest teams of Euro-2022 (U-19) will receive tickets to the 2023 World Cup (U-20) in Indonesia.

Volodymyr Yezerskyi: "The main task for our coaching staff is to restore football players"

The head coach of the youth national team of Ukraine Volodymyr Yezerskyi lined up ...

Euro-2022 (U-19): Ukraine's youth national team draws with Serbia in elite qualifying round

Today in the Dutch Alfen an en Rhein wards Volo ...