Oleksandr Karavayev: "I have been practicing this blow from my left leg for 30 years ..." 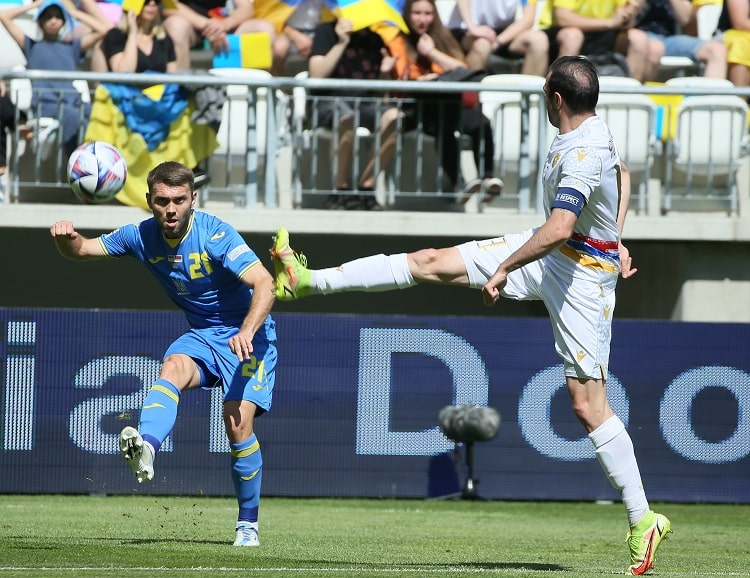 Defender of Kyiv Dynamo and the national team of Ukraine Oleksandr Karavayev commented on the match of the League of Nations with the team of Armenia (3: 0).

In the match of the 3rd round of the League of Nations with the team of Armenia, the national team of Ukraine won. After the match, the defender of the blue and yellows Oleksandr Karavayev answered journalists' questions.

- You have already given the 13th assist in the national team of Ukraine. There is less and less left for Andriy Yarmolenko's figure ...

- I'm already harassing everyone with this. I think for myself, I'm very pleased, the whole team is already encouraging me. But it's nice, because we have a very friendly team. When we joke like that, it adds to the positive mood. We are one, it gives results.

- In the episode with your goal, you first tried to give the transfer, and then decided the case yourself ...

- Fortune was on my side, because the ball bounced right on me, and all that remained was to score. It is very good that we are realizing the moments.

- Apparently, it's okay that the ball bounced under his left foot?

- Of course not. I have been practicing this blow from the left for 30 years.

- Do you remember your previous goal for the national team of Ukraine?

- Yes, in the match with Japan. He played on the heel, then Konoplyanka gave it to me, and I ended this attack with a blow.

- The game was not easy, because the Armenians blocked all the tricks, you failed to score in the first half ...

- We watched the matches of this team. If she plays like that, it also works. That's how they played Ireland. Also, the first half ended in a draw, the Irish controlled the ball a lot, but in the second half the Armenians scored a very good goal from 30 meters, and the opponents could not do anything. So they start from that. But when we scored, the Armenians opened up, we had more moments, and we brought the match to a logical result.

In today's Nations League match with Ukraine, the head coach of the Sh...