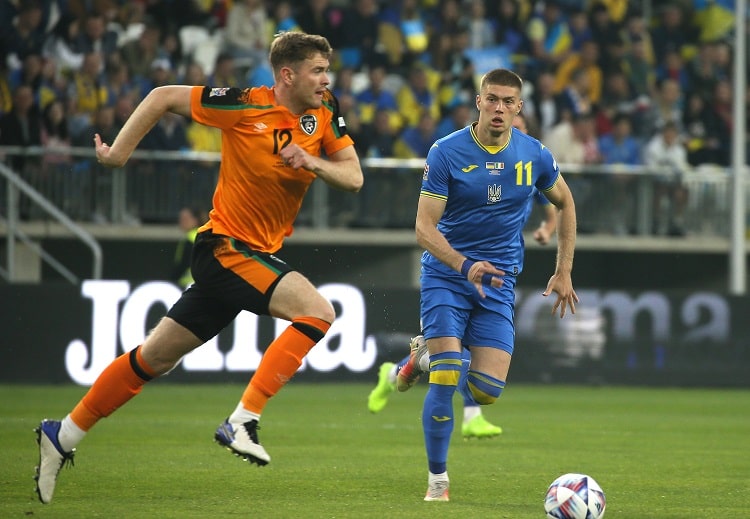 Forward of the national team of Ukraine Artem Dovbyk commented on the draw in the match against Ireland (1:1) in the League of Nations, in which he scored the only goal of our team.

- The fight turned out to be very emotional. What do you associate it with?

- I think everyone somewhere is a little tired, fed up. The game was viscous, in the hands of the Irish national team.

- How could you miss the first ball from Collins?

- There was a chain of mistakes. I think we will analyze this point, and there will be no such mistakes in the future.

- What did Captain Andriy Yarmolenko say in the "emotional circle" before the match?

- He encouraged us. He told us not to play long passes like the Irish, but to try to control the ball, to move the opponent from flank to flank.

- How do you assess Dmytro Riznyk's debut in official tournaments?

- I think he played well, I'm sure. I wish him good matches in the future.

- Yarmolenko assisted you from the right ...

- He understood like a master. All I had to do was hit the gate.

- Did we lose two points or win one?

- For such a game, I think the score is natural.

- What conclusions can be drawn after the June matches?

- We played well in the League of Nations. Somewhere there was already fatigue, but everyone played, knowing that you have to give your all.

- We now have seven points, although it could be nine. A little annoying?

- It's a pity, but it's football. That's OK. I think we will correct this situation in the future.

- Alexander Petrakov praised the team. Do you agree with him?

Artem Dovbyk's national records at the stadium in Glasgow

Forward of the national team of Ukraine Artem Dovbyk in the match of the 1/8 finals of Euro 2020 against ...

Artem Dovbyk: The situation is difficult, because not everything depends on us. We are in standby mode

Forwards for the national team of Ukraine. Register before the March test