Ruslan Rotan: The fact that Slovakia scores many goals immediately catches the eye 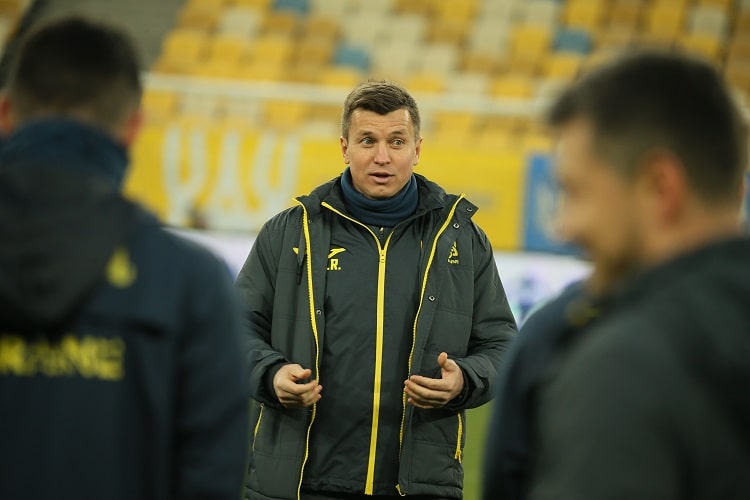 The head coach of the youth national team of Ukraine Ruslan Rotan commented on the results of the Euro-2023 (U-21) qualifiers draw.

According to the results of the draw Ruslan Rotan wards will meet the team of Slovakia. The future rival of the youth national team of Ukraine took second place in Group C, where they could not overtake Spain, but bypassed Northern Ireland, Lithuania and Malta. The playoffs will take place on September 19 and 27 this year. Our team will play the first away match against the Slovaks.

The head coach of the blue and yellow Ruslan Rotan commented on the results of the draw: “I immediately said that we should get the opponent we will be able pass. We accept the draw as it is. Slovakia is a very strong team. We have already played with them at the tournament in Antalya, lost - 2:3, although we were winning - 2:0.

The fact that this is a team that scores a lot is immediately obvious. Take at least our match with the Slovaks, then they had the Spaniards in the qualifying group, to whom they lost twice with a score of 2:3. This team scores a lot (18 goals in the qualifying round) and concedes a lot (10). The opponent is worthy, we respect them, we will prepare for these matches.

As for the players of the Ukraine U-XNUMX, it is very important that our championship starts. It's hard for guys when they don't have a playing shape. It is very difficult for them to play on moral and volitional qualities. We need blood from our noses to have a championship. We will follow the new talents, but we have the main backbone. All the guys who passed the qualifying round will prove that they are worthy to get to the European Championship. "

It would be recalled that in the final part of the tournament there will be 16 teams - Romania and Georgia as hosts and 14 other teams that will join them based on the results of the qualifying.

Final table of the second teams

Points in matches with the teams that took sixth place in the groups are not taken into account.

Euro-2023 (U-21): the reaction of the players of the youth national team of Ukraine to the future confrontation with Slovakia in the playoffs

Players of the youth national team of Ukraine commented on the upcoming matches with ...

Euro-2023 (U-21): Ukraine's youth team will play against Slovakia in the playoffs

The draw for the playoffs took place today in Nyon, Switzerland.

Euro-2023 (U-21): Ukraine's youth team retains chances for a direct ticket to the final tournament

Euro 2023 (U-21). Official program for the qualifying matches of the youth national team of Ukraine against Northern Macedonia and France

The official program for the qualifying matches of the youth national team of Ukraine ...