Euro-2023 (U-21): the reaction of the players of the youth national team of Ukraine to the future confrontation with Slovakia in the playoffs 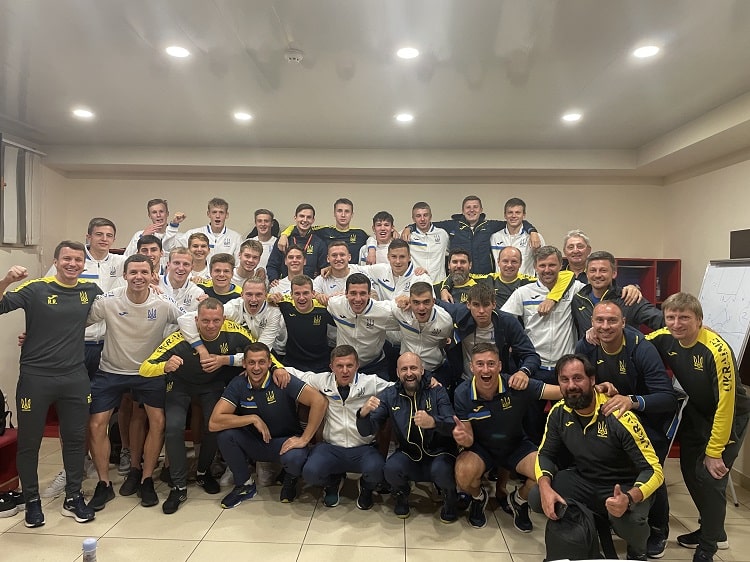 Players of the youth national team of Ukraine commented on the upcoming matches with Slovakia in the playoffs of Euro-2023 (U-21).

According to the results of the draw play-off qualifiers, Ruslan Rotan's wards will meet the team of Slovakia. The future rival of the youth national team of Ukraine took second place in Group C, where he could not overtake Spain, but bypassed Northern Ireland, Lithuania and Malta. The playoffs will take place on September 19-27 this year. The blue-yellows will play the first match against the Slovaks on the road. The players of our team appreciated the strength of their opponent.

"I had no special wishes for the opponents in the playoffs. There are no strong or weak opponents at this stage of the tournament. Everyone wants to get to the final part of the Euro.

In Turkey, we lost to the Slovaks in an international tournament, so for us it will be a fundamental confrontation. We must prepare as best we can for these fights. I think that the task of reaching the European Championship is within our reach. "

"Before the draw, it seemed to me that we would have the Czech national team. For me, it would be a specific playoff. However, our opponent is the team of Slovakia. And I can say that this is no less difficult opponent, because the second places in their qualifying groups are occupied only by strong teams. But we believe in our own strength. I think that the national team of Ukraine will get to the Euro. "

"Honestly, I wanted to see the team of Slovakia in the rivals of the national team of Ukraine following the draw, but this does not mean that it is a weak opponent. In the playoffs, all levels. We have two steps left to the Euro, and we will do everything in our power to be among the best teams on the continent. "

"I think we got a serious team from our rivals. Despite this, we do not care who to oppose. The youth national team of Ukraine wants to show its best game. We will do everything to make it to the finals of the European Championship. "

"I am satisfied with the draw. Yes, we played with Slovakia in a tournament in Turkey, but then we were unlucky. So in the playoffs we will try to take revenge. We are confident in our abilities, the national team of Ukraine should go to the Euros. "

"During the draw, we should not have focused on any particular opponent. The national team of Ukraine wants and knows how to show its football. We strive to progress. I think in their qualifying group, the team has shown that it can play with any opponent, imposing its game on him. We believe in our strength… »

It would be recalled that in the final part of the tournament there will be 16 teams - Romania and Georgia as hosts and 14 other teams that will join them based on the results of the qualifying.

Final table of the second teams

Points in matches with the teams that took sixth place in the groups are not taken into account.

Ruslan Rotan: The fact that Slovakia scores many goals immediately catches the eye

Euro-2023 (U-21): Ukraine's youth team will play against Slovakia in the playoffs

The draw for the playoffs took place today in Nyon, Switzerland.

Euro-2023 (U-21): Ukraine's youth team retains chances for a direct ticket to the final tournament

Euro 2023 (U-21). Official program for the qualifying matches of the youth national team of Ukraine against Northern Macedonia and France

The official program for the qualifying matches of the youth national team of Ukraine ...