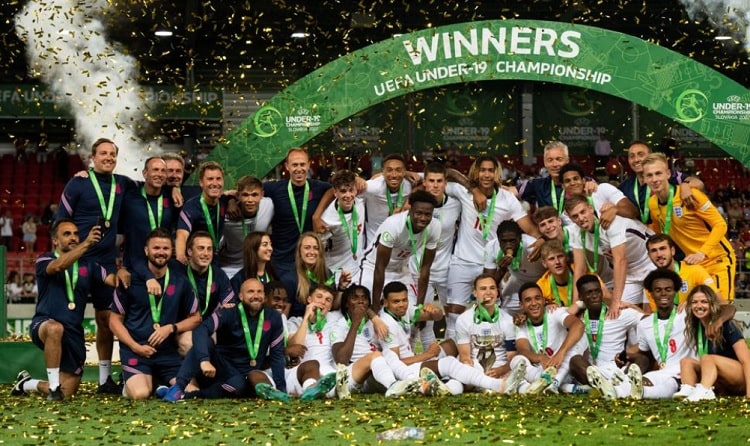 The final part of the 2022 European Championship (U-19) has ended in Slovakia. In the decisive match, the national teams of Israel and England met.

In the semi-finals, both teams were stronger than their opponents with the same score - 2:1. This is how Israel defeated France, and England defeated Italy.

Today the score was completely different. It was opened by the Israelis, but in the second half the British managed to win back - 1:1. The match went into extra time, where the goals were scored Chukwuemeka and Ramsey proved the superiority of the England team.

3:1, and thus, the English national team became the European champion in the U-19 age category for the second time in its history (taking into account the U-18 — the 11th title).

We will remind that the national team of Ukraine also took part in the qualification for Euro-2022. Wards of Volodymyr Yezerskyi stopped at the stage of the elite round, missing the Serbian national team to the finals only due to a smaller number of disciplinary points (10 yellow cards compared to 13 for us).

Euro-2022 (U-19): Ukraine's youth team kicks off in elite qualifying round to win over Norway

The wards of Volodymyr Yezerskyi successfully started the fight in the elite round ...