Champions League. "Dynamo" in Istanbul won in extra time against "Fenerbahce" and advanced to the third round of qualification 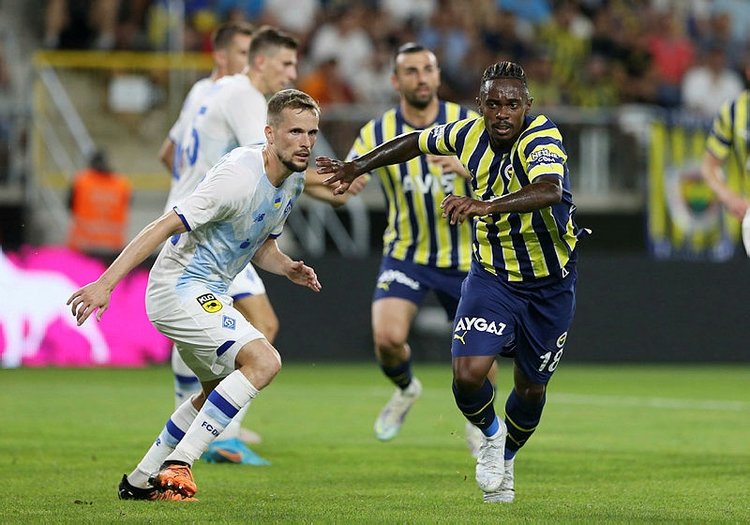 Kyiv "Dynamo" continued its journey in the 2022/2023 Champions League, defeating the Turkish "Fenerbahce" on the road in extra time.

A week ago in Łódź the team did without heads, so the fate of the confrontation in the second round of the Champions League qualification was decided in Istanbul. Mircea Lucescu decided to field the same starting line-up as in the first match.

The start of the match was left to the hosts. In the 2nd minute, Yukšek shot dangerously from the tackle, but missed the goal. Later, King sent the ball into the net, but the referees disallowed Fenerbahce's goal due to a foul by Valencia on Zabarny in the previous phase of the attack.

Valencia and Rossi were also looking for luck near Buschan's goal, but their shots were not accurate enough. In the 20th minute, Kahveji hit the post from a free kick. Later, King found himself alone with Bushchan, but his shot was too poor. Dynamo responded with Tsygankov's lunge, but Viktor failed to push the ball past the keeper. 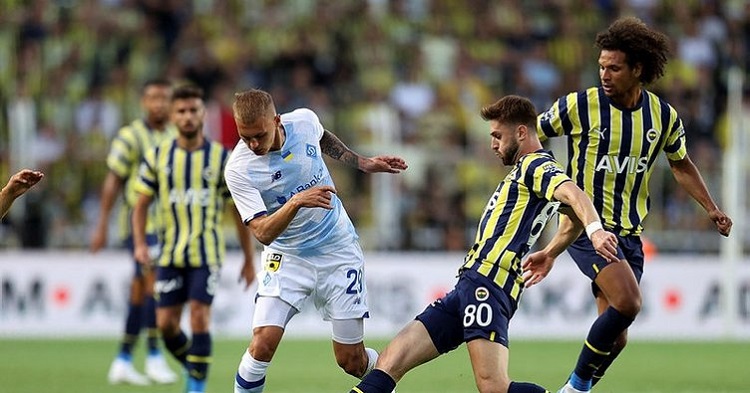 Immediately after the break, Fenerbahce created several dangerous moments, in particular, Valencia burst into the penalty area and curled the ball near the post. And in the 53rd minute, the Turks remained in the minority - Yukšek received a second warning for a foul on Buyalskyi.

White and blue took advantage of the majority almost immediately - after Kendzora's connection and cross, Buyalskyi opened the score. In the 70th minute, Fenerbahce got a chance to win back, when Popov brought down Valencia in his own penalty area, but the victim himself failed to beat Bushchan from the penalty.

Not long after, Tsygankov had a good moment, but Victor shot right into the goalkeeper's hands. In the 78th minute, Bushchan came to the rescue again, in a spectacular jump he got the ball after Salai's header. Later, Dubinchak scored a good long shot near the post. However, at the end of regular time, "Fenerbahce" still equalized the score - after a corner, Salai, who was not covered by anyone, scored. 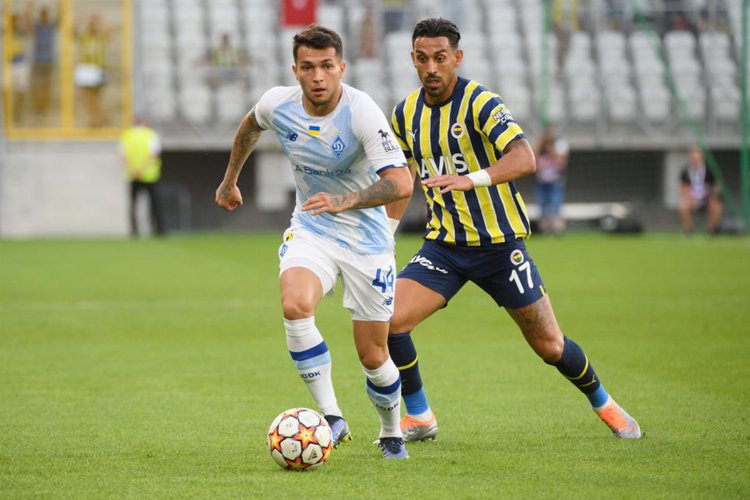 The game went to extra time, where the advantage was on the side of "Dynamo". In the 99th minute, Bayindyr parried Shepelev's shot, and Zabarny could not hit the empty corner. Soon, Ilya blocked Tsygankov's pass with his head - "Fenerbahce" was saved by the post.

The decisive moment in the confrontation came in the 114th minute — Lucescu's jokers brought victory to Dynamo. Debutant Vivcharenko shot from the left flank, and Karavaev hit the goal, although it was not without a keeper's mistake. "Fenerbahce" had the opportunity to turn the game into a penalty shootout, but Bushchan managed to deal with Dursun's dangerous header. 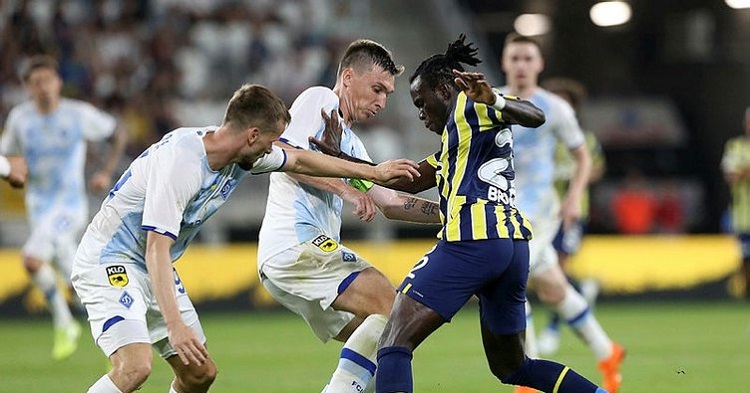 As a result, Kyiv won a ticket to the third qualifying round of the Champions League, where they will play against the Austrian "Sturm". The white-blue team will play their first match at home on August 3, and the second away game on August 9.

Today's match was attended by Dynamo players who were on the roster for the June matches of the national team of Ukraine: Bushchan (penalty saved), Zabarny, Popov (yellow card), Sydorchuk (yellow card, replaced in the 106th minute), Shaparenko (yellow card) , Tsygankov (yellow card), Karavaev (goal, substituted in the 91st minute).