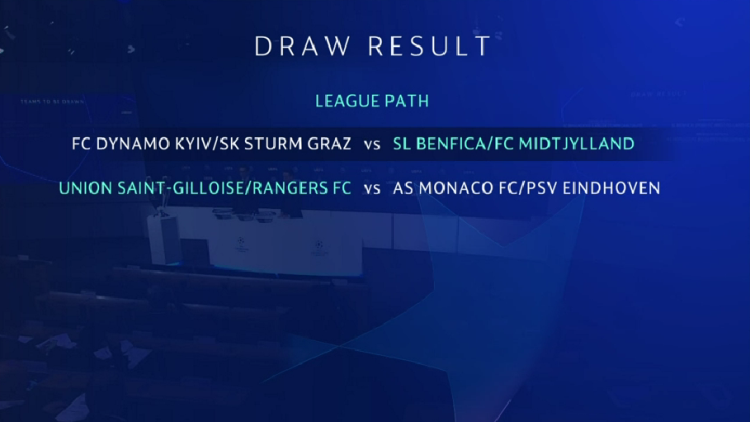 The draw for the 2022/2023 Champions League playoff round was held today at the UEFA headquarters.

Kyiv "Dynamo" began its journey in the tournament from the second qualifying round, in which knocked out Turkish Fenerbahce. In the third qualifier of the Champions League, the white and blue will play against the Austrian "Sturm" (the first match will be held in Łódź on August 3, the return match - in Graz on August 9).

In case of success in this duel, "Dynamo" will go to the play-off round of the Champions League, where, according to the draw, they will meet the winner of the pair "Benfica" (Portugal) - "Midtjullan" (Denmark). The first match of Kyiv will be held at home on August 16/17, and the second away on August 23/24.

In case of failure at any stage of qualification of the Champions League, the capital club will go to the group stage of the Europa League.

We would like to add that Shakhtar Donetsk automatically qualified for the group round of the Champions League (the draw was held on August 25).