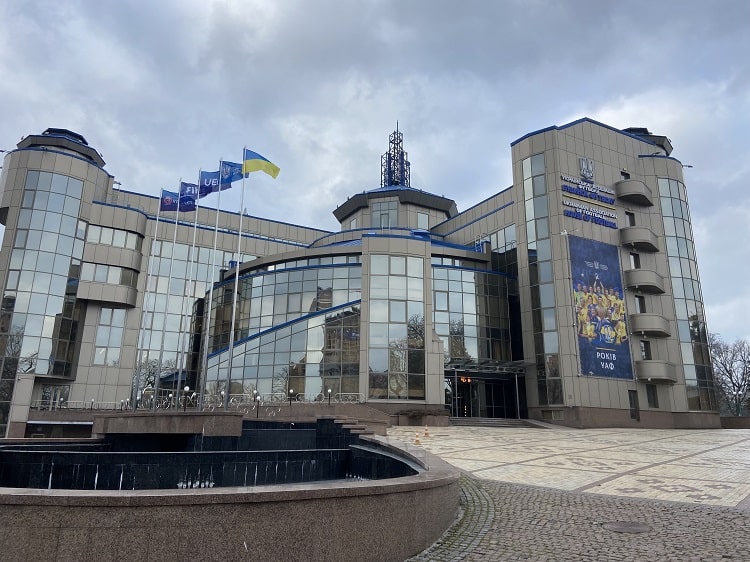 Today, August 15, a training seminar for delegates and security officers of the 2022/2023 season was held in Kyiv at the House of Football.

The first vice-president of UAF Vadym Kostyuchenko, chairman of the joint certification commission of UAF delegates and UAF security officers Ihor Gataullin and head of the UAF Committee on stadiums and competition security Gennadiy Prokopovich took part in the seminar.

Similar seminars are held before the start of each championship, but the 2022/2023 season is the first to start under martial law. Therefore, it is clear that the attention of the participants of the seminar was additionally drawn to actions during emergency situations, in particular — announcements during the air alert match. The rules of action in a similar situation were established during the practical session, which took place after the theoretical part of the seminar.

"At the behest of President Andriy Pavelek, the Ukrainian Football Association has carried out a huge amount of work in preparation for the start of the new championship, which will begin in extremely difficult conditions. But at least now we have a document that regulates the organization and holding of matches in Ukraine among professional football clubs under martial law.

This document is approved by the Ministry of Defense of Ukraine, the State Service for Emergency Situations, the National Police and the Ministry of Internal Affairs of Ukraine. You, in turn, must, among other things, monitor the perfect fulfillment of the requirements of this document, because the issue of safety is the main priority in the organization of this championship," stressed the first vice-president of the UAF Vadym Kostyuchenko, addressing the participants of the seminar.

The charity friendly game ended with the victory of Ukraine with a score of 6:4...

On September 21, a working meeting of the management was held in the House of Football...

The coordination center and humanitarian hub of the UAF in the House of Football formed...

The students of the UEFA C-license program completed the training...

"The only rational response to the audacity of the occupier is even more support for our country." Address of the President of Ukraine Volodymyr Zelenskyi