Luis Cortés: "I am happy with the result in the Faroe Islands, but not with the implementation. We have to be much more effective in attack" 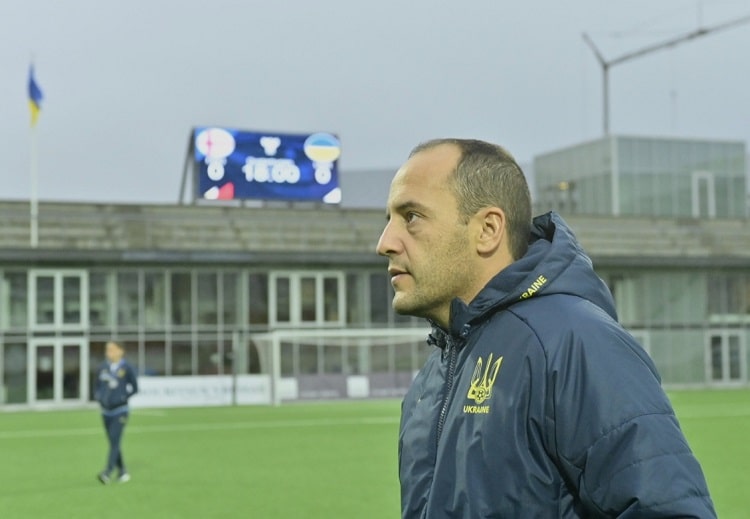 The head coach of the national women's national team of Ukraine Luis Cortes commented victory over the Faroe Islands (3-0) in a 2023 World Cup qualifier, which guaranteed the blue and yellow third position in the group for the tour before the end of the qualifying cycle:

— It was a difficult match, because the Faroe Islands are a team that is used to defending, giving little space to the opponent. However, we started very well, skillfully found space and scored twice by the 15th minute. After these goals, we continued to press, but the actions in finishing the attacks left much to be desired.

In the second half, after the substitutions, we increased the level of pressure and were able to score again, but only once and thanks to a set piece. We can play better. However, I am happy that the girls didn't give their opponents a chance at their own goal.

— Did Nadiya Kunina's early goals become key in the match against such a closed opponent?

— Yes, it was our idea: to start the match with a high rhythm and pressing to deprive the opponents of any options. We had moments in the first minutes, and Nadiya with her two goals helped the team to feel calmer and more confident in the future.

— The national team of Ukraine completely outplayed the team of the Faroe Islands, but scored only three times. What did the football players lack in order to win a more confident victory?

— I am satisfied with the result, but not with the implementation. The girls need to work on decisions in the final third of the field and finishing actions. Because today we had a lot of chances, but maybe the next day we will only have three or four and we have to be much more efficient.

— The wins of Ukraine and Spain in the qualifying matches against the Faroe Islands and Hungary, respectively, allowed the blue and yellow to secure the third place in the group ahead of schedule...

- So. After the loss to the Scots, our goal was to finish the qualification in third position, and we achieved it. Of course, it doesn't give us anything, we didn't get to the World Cup and we won't play in the playoffs. But it must be admitted that Spain and Scotland are very strong teams with a higher FIFA rating and with the majority of players in the professional top European leagues. But the selection is not over yet. We have one more match and the national team wants to get points in it.

— The Spanish national team did not concede a single goal during the qualifying campaign. Do you believe that the girls have a chance to break this phenomenal streak?

- I am convinced that it is possible. It is difficult, but possible. First of all we have to focus on recovering well from yesterday's game. Although we still have a long way to go to Madrid. After that, we will start preparing for the match.

Playing away to the Spanish women is always a very difficult test, but we know that they are not in the best shape at the moment with some important players injured. If we stick to our game plan, we will definitely have a chance.