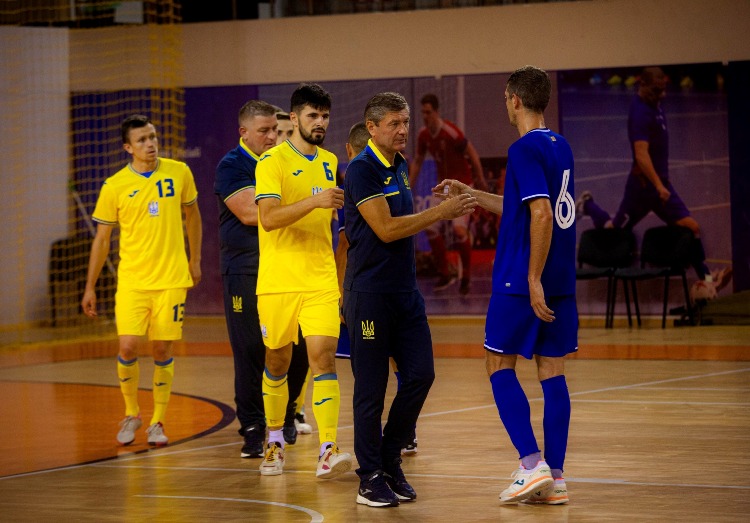 In September, the blue-yellow team held a national sports competition in Choresk, Romania, timed to prepare for World Cup-2024 qualifying, during which three matches were played. First, in a friendly match, our boys defeated Moldova (6:1), and then won the Three Nations Cup, beating the same Moldova (7:4) and Romania (3:1).

Oleksandr Kosenko, the head coach of the Ukrainian national futsal team, summed up the results of these games and also talked about the team's future plans. His words lead the Futsal Association of Ukraine press-service reports,.

— Oleksandr Petrovych, how would you sum up the friendly matches with the national team of Moldova and the match against Romania?

— As in any meeting, there are positive and negative moments. All three matches turned out to be quite good. We received interesting information based on their results. We will draw appropriate conclusions. First of all, it is good that we won these three matches. The last of them was already played against the background of fatigue, when the Romanian national team played the first. Nevertheless, the boys demonstrated character and fighting qualities. At the right moment, skill played its role, and the team managed to win. In general, we received positive impressions.

— Did the opponents surprise you with something?

— I liked the game of both opponents. It is clear that both Moldova and Romania want to develop. They devote a lot of time to positional attacks, getting out of pressing, standard positions. The teams have experienced and qualified performers, and youth are involved in the composition.

— Questions about matches with Moldova. It seemed that the first match was quite simple for the national team of Ukraine, and already in the second meeting the opponent tried to get closer. What is it connected with?

— I wouldn't say that the matches were too different from each other. Indeed, the difference in the score was not the same. The opponent had scoring opportunities in both meetings. With a score of 3:0 in the first match, we developed our advantage, and the opponent had no hopes for a positive result. Instead, in the second match, the scoreboard showed the same indicators, but we gave the opponent a free kick, which he converted. With the support of the stands, the team went forward and quickly scored the second goal. That is why the game became more intense. Despite the final scores (6:1 and 7:4 in favor of the Ukrainian national team), I liked the Moldovans. They not only fought back, but also successfully counterattacked, combined and interacted with each other. It was important for us to face teams that play themselves and allow the opponent to do it. 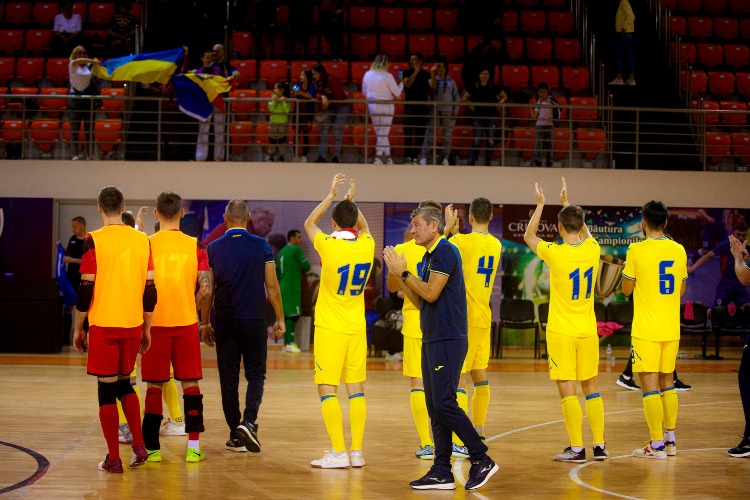 - Of course, Brazilians are Brazilians. Only high level players are naturalized. In my opinion, there are really strong Brazilians in the Romanian national team. They play an important role in this team. So, of course, it was more interesting. In addition, young performers are added to the composition. I liked the game of Istvan Hadnad, who acted in the post position. The match turned out to be quite tense and until the last minutes it was not clear who would win. It's good that we had such a match before the official matches.

— On October 7 and 11, the national team of Ukraine will play matches in the main round of European qualification for the 2024 World Cup. When will the preparation for them begin?

— We will play home matches against the national teams of Kosovo and the Netherlands in Latvia. Preparations for these meetings will begin on October 3.

We would like to add that ahead of the Ukrainian futsal team are home matches of the main round of selection for the 2024 World Cup, which will take place in Latvia. The match against Kosovo will be held on October 7 in the city of Salaspils, against the Netherlands on October 11 in the city of Jelgava.

20 national teams will be divided into five groups of four teams, the matches will be held at home and away. Five winners of the groups will go to the 2024 World Cup. The four best winners of the second places will go to the playoffs of the elite round. If the European Association is selected for the final tournament, only the top two runners-up will advance to the playoffs of the elite round.

Four teams will be divided into two pairs (if only two teams will take part in the playoffs, a draw will be held to determine the order of matches), matches will be held at home and away. The winners will go to the 2024 World Cup.

From September 12, training and training continued in Moldova's Choresk...

Futsal World Cup 2024: the tournament of the main round of selection in the group of the national team of Ukraine has started

In the first match of group 11 of the main round of European qualification...

From September 12, an educational and training meeting has been held in Choresk, Moldova...

As part of the preparations for the 2024 World Cup selection, the Ukrainian futsal team in Chore...

Ruslan Rotan: "We should note the character of the boys, their desire to win and qualify for the Euros"

U-21: the youth national team of Ukraine defeated Slovakia and won a ticket to Euro-2023!

Euro-2023 (U-21). Today, the youth national team of Ukraine will play the return match of the playoff selection against Slovakia (live - from 18.30:XNUMX p.m. on the UAF YouTube channel)