News from the camp of the national team of Ukraine: flight from Scotland to Armenia, changes in the composition and the first training in Yerevan

The national team of Ukraine arrived in Yerevan after the match with Scotland. The blue and yellow team took off from Glasgow at two o'clock in the morning local time and after a five-hour flight arrived in the capital of Armenia at almost 10 in the morning (the time difference is three hours).

22 players arrived from Glasgow: Anatoly Trubin went to help the youth national team of Ukraine, which will play the first match of the Euro 23 play-off against Slovakia on September 2023, and Viktor Kovalenko returned to the location of his club to treat an adductor muscle injury that will require up to two weeks restoration. Also tonight to team camp is to come Eduard Sarapiy. 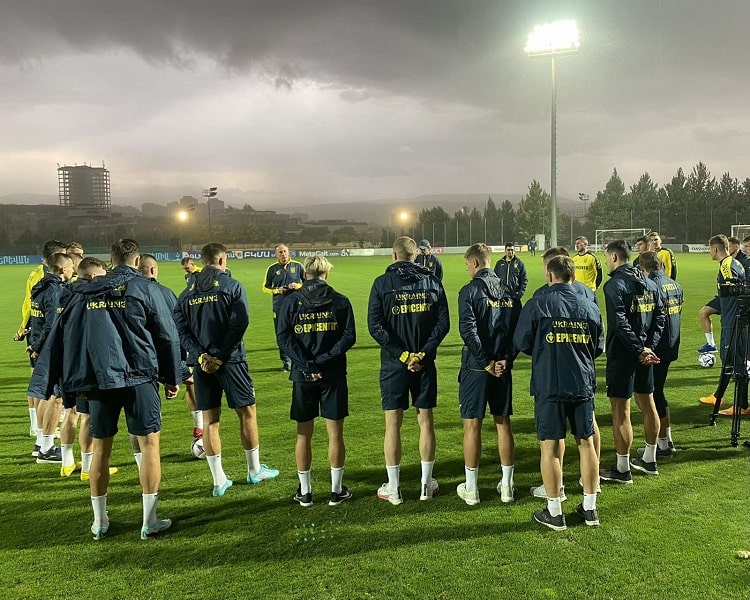 At the same time, Vitaliy Mykolenko's micro-damages, like us reported earlier, it turned out not to be serious - the doctors of the national team removed a small inflammation of the muscle that occurred, and today the defender trained in the general group.

The lesson took place on the field of the technical center of the Academy of the Football Federation of Armenia. This sports complex, opened in 2010 and expanded until 2016, consists of ten football fields, four tennis courts, indoor and outdoor swimming pools, an indoor sports arena and a hotel. Currently, it is the largest football training center in the Caucasus.

Goalkeeper Yevhen Volynets also returned to training in the national team, who spent several days in Warsaw due to the lack of a British visa, and the day before flew to Yerevan and waited for the team at the hotel.

As soon as the blue and yellow team arrived for training, unexpected weather metamorphoses awaited them. After the heat of the day (28 degrees), a strong wind suddenly arose and the rain began to pour, as if from a bucket. Locals say that there has been no such downpour in Yerevan for three months. 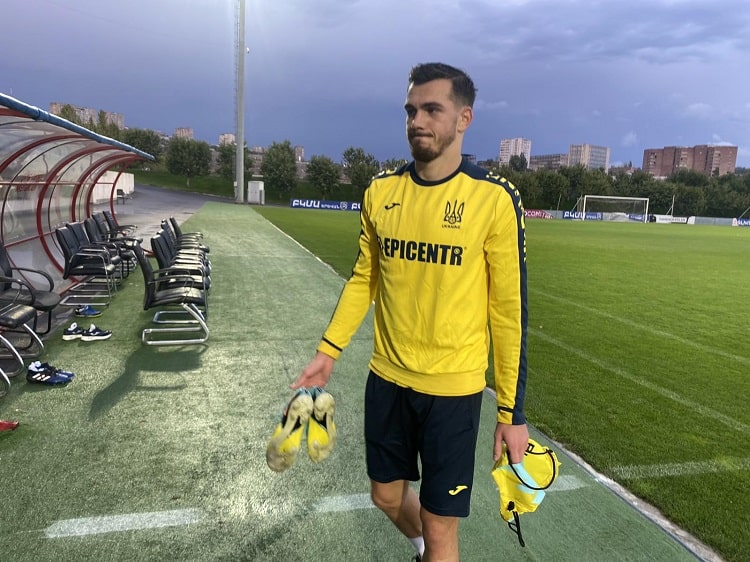 Therefore, the Ukrainians spent their recovery session under a cold natural shower, which after a long flight and a painful defeat should have washed away the remnants of fatigue and sadness. Head coach Oleksandr Petrakov had his own interpretation of the sudden climate change: "There is no punishment without guilt," the coach noted, urging the boys to work hard and breathe in the highlands. 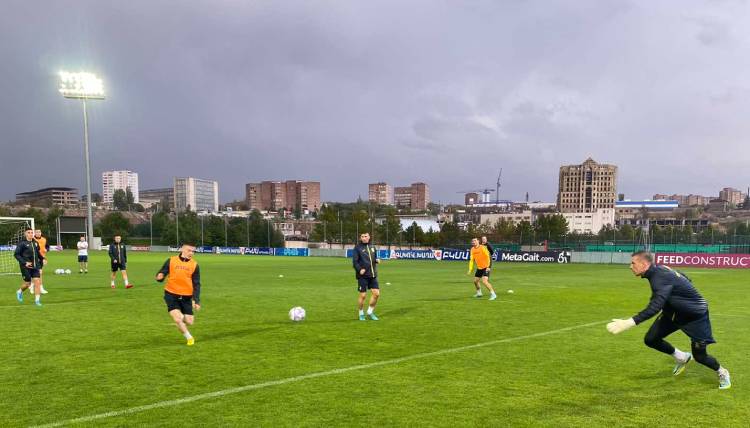 This concerned the group of players who were substituted or did not play yesterday. Today, the coaching staff divided the field players into two levels according to the size of the group — 10 people each. The starting line-up did a 20-minute run, after which they went to the hotel for recovery (sauna and swimming pool).

Another dozen plus three goalkeepers warmed up, worked in the square, and then played "five on five" in series. Moreover, the game seemed to be full of goals, at the end the teams constantly exchanged productive attacks, so it was necessary to play until the goal: Roman Yaremchuk stopped the fierce confrontation and the entire training session with the final shot. 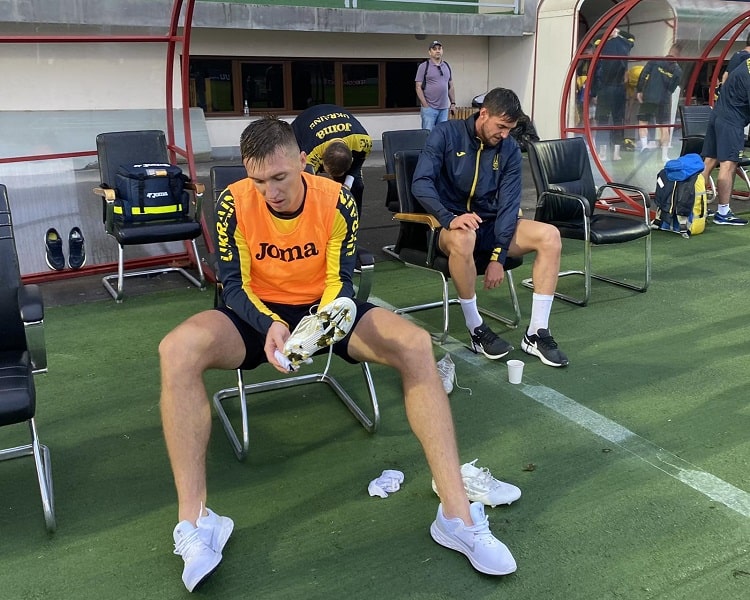 There is very little time for the blue-yellows to recover. Already tomorrow, the national team will have pre-match events: at 16.30:17.00 p.m. local time, the press conference of the head coach and team players will begin, and at 15:XNUMX p.m., a training session will be held on the field of the Vazgen Sargsyan Republican Stadium (the first XNUMX minutes will be open to mass media representatives).