League of Nations. The national team of Ukraine defeated the team of Armenia in Yerevan 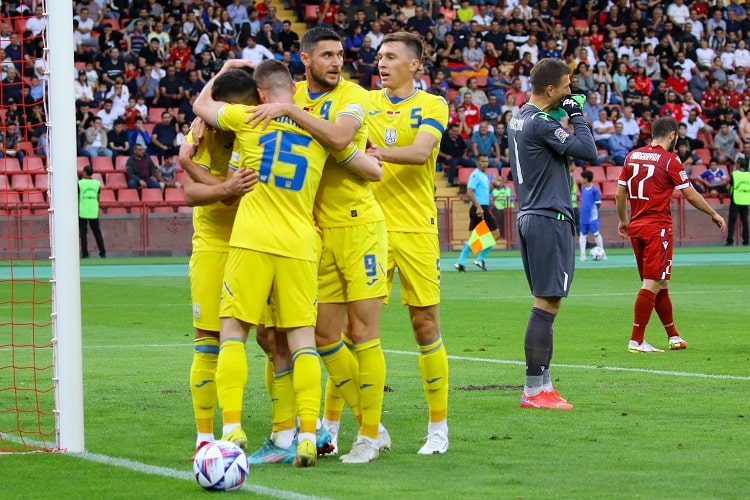 Oleksandr Petrakov's wards won a convincing victory in the away match of the League of Nations against Armenia.

Defeat three days ago against Scotland (0:3) relegated the Ukrainian national team to second place in the group. To fix the situation, our team needed to win in Yerevan. Oleksandr Petrakov resorted to radical changes, fielding a completely new starting line-up.

The Armenians started the match well, in the 5th minute, after Kryvtsov's mistake, Selarayan broke into our free kick, but Lunin pulled his shot away. Later, our goalkeeper was not too sure to save a free kick performed by Bichakhchyan. However, over time, the Ukrainians completely took over the game advantage. 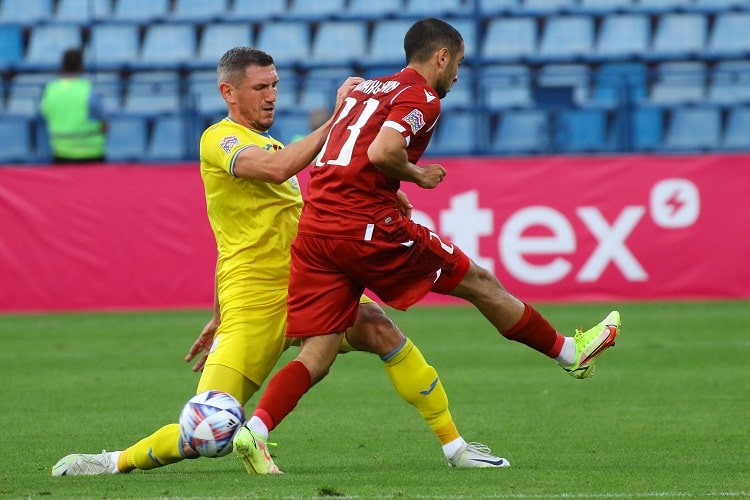 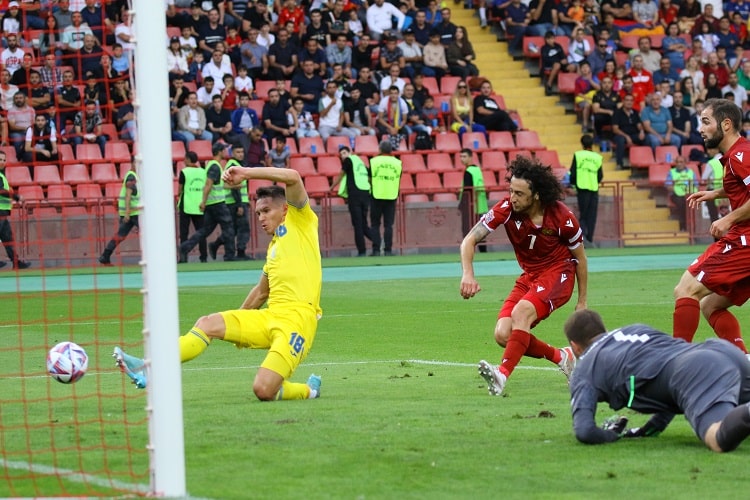 So, in the 20th minute, after a great throw from Ignatenko, Tsygankov broke through from the right and Yurchenko managed it. Soon, the guests took the lead: after a combination with the participation of Mykolenko and Tsygankov, Zubkov broke into the penalty area and shot into an empty net on Tymchyk. Oleksandr scored his debut goal for the national team of Ukraine. Towards the end of the half, the hosts had several chances, but their shots lacked precision.

After the break, the Caucasians created several opportunities, but the ball continued to fly right into their goal. In the 57th minute, Tymchyk broke through the right flank and made a productive pass to Zubkov, thus returning the loan. Later, Tsygankov distinguished himself with an inaccurate shot from a distance. 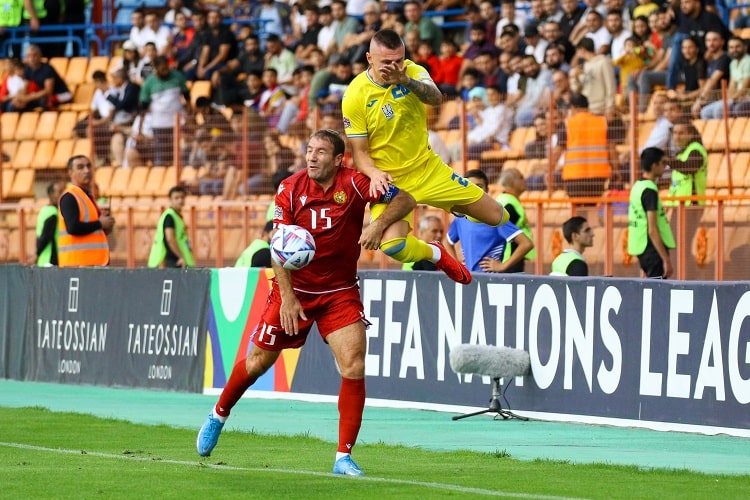 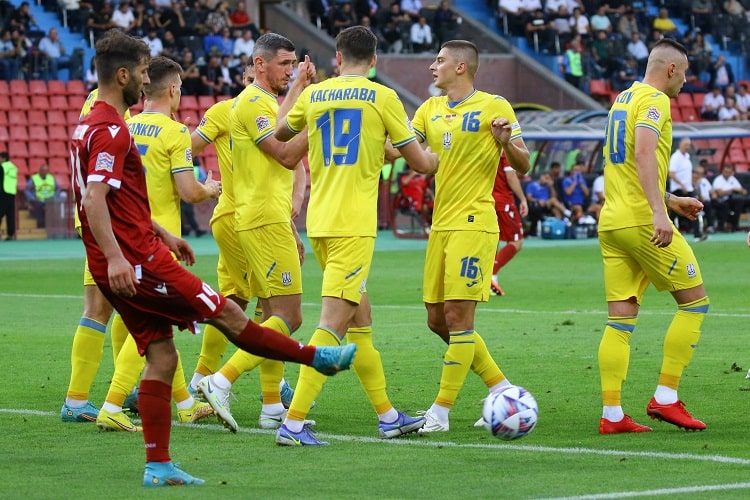 Then Oleksandr Petrakov threw Dovbyk and Yarmolenko into battle, who almost immediately took part in a productive attack. In the 69th minute, after a series of short passes, Yarmolenko elegantly passed a free kick to Zubkov, who overthrew the goalkeeper, and Dovbyk sent the ball into the net with his head.

The Armenians responded with Harutyunyan's blow, which Lunin dealt with. And in the 81st minute, the Ukrainians scored for the fourth time - Dovbyk held the ball in the penalty area, threw it back to Ignatenko, and he opened the scoring with his own goals for the national team with a tight shot from a distance. Moreover, Dovbyk scored a double after a corner, having dealt with several face-offs. 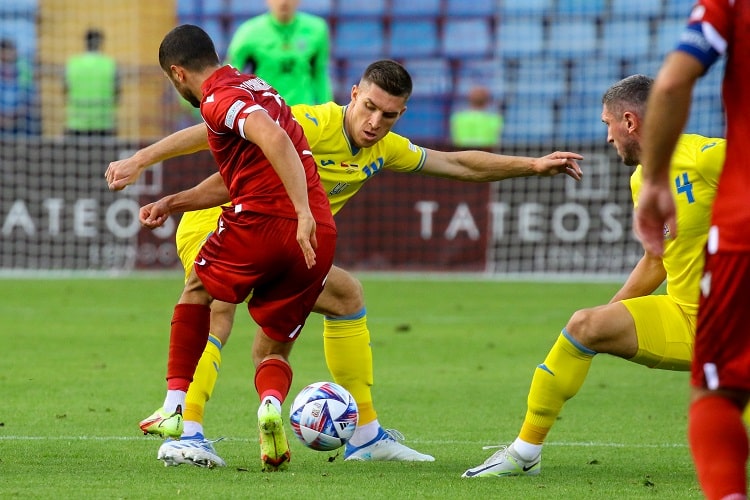 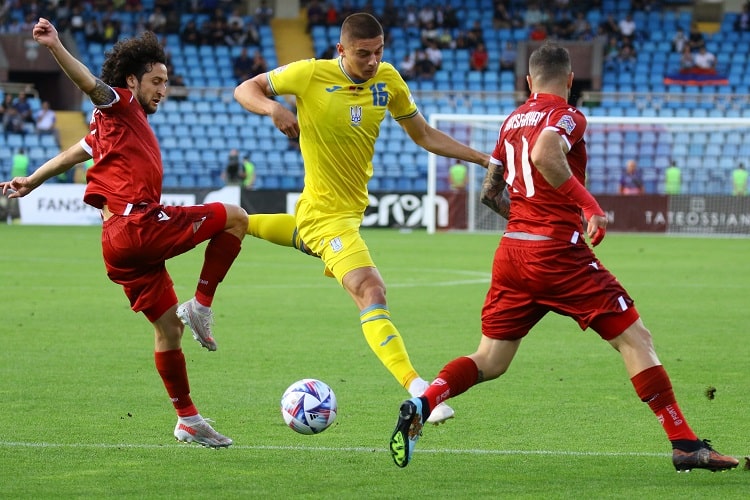 As a result, the blue and yellow defeated the opponent with a score of 5:0. Now the Ukrainians are waiting for the battle for the first place with Scotland, which will take place in Krakow, Poland, on September 27.

According to the rules, the winner of the group will receive a ticket to League A, and the last team of the quartet in the next cycle will play in League C.