Oleksandr Petrakov: "I am not surprised by the result. It was very good when, after a painful defeat, the boys understood everything, performed everything..." 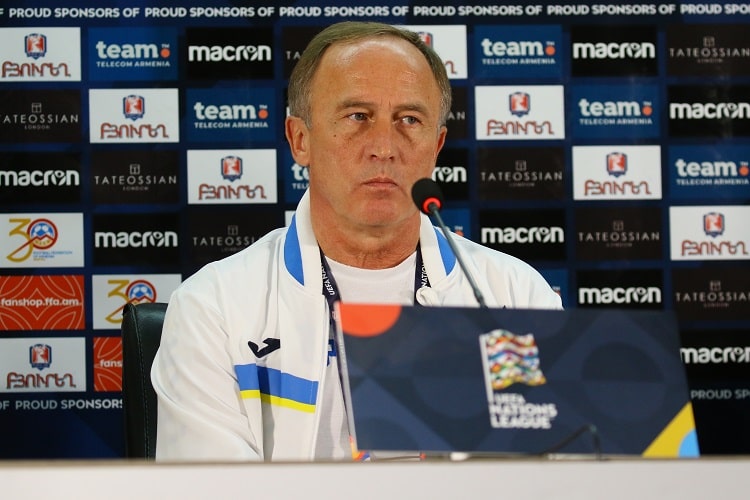 In the second September match within the League of Nations, the blue-yellow team defeated Armenia in Yerevan (5:0). Oleksandr Petrakov, head coach of the Ukrainian national team, spoke at the press conference after the match.

— What conclusions can you draw from this game for the upcoming match with Scotland?

- Football is very cruel. On September 21, I was in the same position as the coach of Armenia and his entire team are now. That's why I want to support Joaquin Caparros now, because the hosts got under our rink.

— How would you rate Ignatenko's actions today?

— I don't like to single out any one player. Football is a team sport. For example, any goal is not a single mistake, but a chain of mistakes. Therefore, there is no need to single out someone in a team game. They lost the previous match, now our opponent is in despair. The entire team must be singled out.

— Should we expect the same starting line-up for the next match?

- I already spoke about it. I always take risks. I will think about what the composition will be. This criticism was difficult for me at the beginning of my work, but now I am not afraid of criticism.

— How surprised are you with such a result?

- I'm not surprised. It was very good when, after a painful defeat, the boys understood everything and did everything. This is purely their victory. As a coach, I am very pleased that they did not give up. I thank them very much, well done.

— Many were shocked by the appearance of 11 new performers in the starting line-up at once...

— I want to emphasize that I do not have main players in the national team - we have a single team. He cannot be in the national team of the first and second composition. There are football players who play in their clubs, where the atmosphere and competition are different. The boys came out, they did not fail, it was difficult. There are footballers who do not have much game practice in their clubs. I reassured them, trusted them, they did everything. We are still in the game, we want revenge. And how will it turn out... We want to beat Scotland, we will do everything possible, but I don't know how it will turn out.