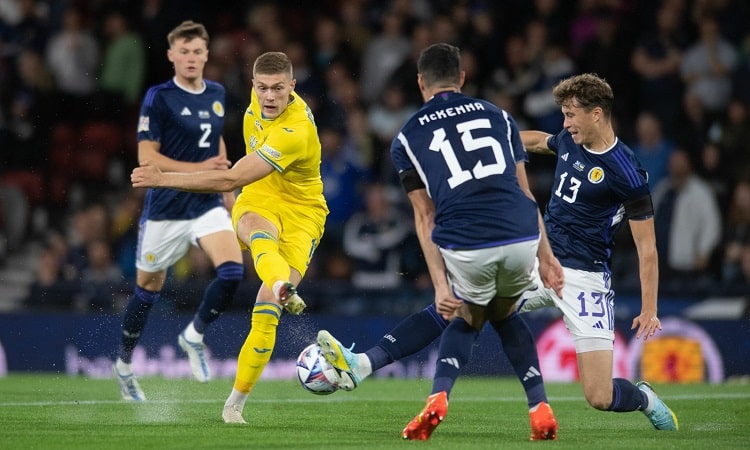 In today's Nations League match with Ukraine, the head coach of the Scotland national team, Steve Clarke, will not be able to count on four leading players.

Following Everton's defender Nathan Patterson, who was injured in the first match against Ukraine in Glasgow on September 21, the Scottish national team lost three more players. About this the UEFA official website reports Scottish Football Association.

Tartan Army boss Steve Clarke will be without defenders Kieran Tierney of Arsenal and Scott McKenna of Nottingham Forest, who are also injured, and midfielder Scott McTominay of Manchester United, who is suspended for a string of yellow cards.

Instead, the coach called defender Stephen Kingsley and forward Barry McKay, who represent Hearts, to the national team camp.

The composition of the Scottish national team

It should be noted that the participation of attackers Che Adams from "Southampton" and Lyndon Dykes from "Queens Park Rangers" in the match with Ukraine is also in question due to their illness.

We will remind that the match of the 6th round of the Nations League group round between the national teams of Ukraine and Scotland will take place today in Krakow (starting at 21.45:XNUMX p.m. Kyiv time).