Women's Champions League. "Vorskla-Kharkiv-2" completed its journey in the tournament 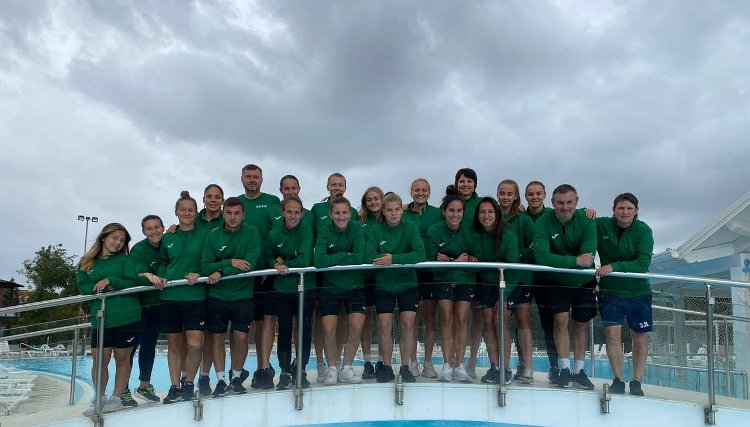 Kharkiv "Zhytlobud-2", which plays in the international arena under the name "Vorskla-Kharkiv-2", failed to overcome the Albanian "Vlaznia" in the second round of the women's Champions League-2022/2023.

At the previous stage of the tournament, the Ukrainian team defeated the Georgian "Lanchkhuti" (5:0) and Kazakh "BIIK-Shymkent" (2:0). In the second round, the opponent of "Vorskli-Kharkiv-2" in the fight for a ticket to the group tournament was the Albanian "Vlaznia".

The first match, which was a home match for the Ukrainian women, but due to the Russian military invasion, they were forced to play it on the opponent's field in Shkoder, ended in a draw - 1:1.

In a week, the teams played each other again. "Vlaznia" took the lead in the 35th minute when Patterson closed the wing feed well. Ukrainian women managed to recover only towards the end of the meeting. At first, Osipyan was unable to convert the penalty - Williams-Mosier hit the ball into the crossbar. However, Korsun managed to score immediately after the corner.

However, the Albanians still managed to secure victory and a ticket to the group round thanks to Berisha's beautiful long-range shot from mid-flight — 2:1. So, this is the end of Vorskli-Kharkiv-2's journey to the European Cup.

In the 84th minute, Osipyan ("ВХ") did not realize penalty kick (goalkeeper).

Women's Champions League. "Vorskla-Kharkiv-2" drew in the first match with the Albanian "Vlaznia"

Kharkiv "Zhytlobud-2", which performs on the international arena...

Women's Champions League. On September 1, "Vorskla-Kharkiv-2" will find out their opponents in the second round of the tournament

On Thursday, September 1, the draw for the second round of the women's L...