Andriy Pavelko: "We are glad to join the application for hosting the WC-2030 and realize how important this initiative is for all of Ukraine" 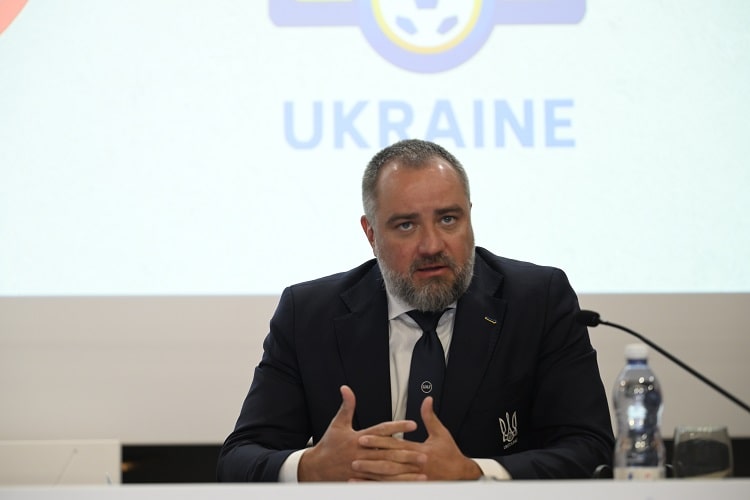 UAF President, UEFA Executive Committee member Andriy Pavelko spoke at a briefing dedicated to the involvement of Ukraine in the joint bid with Spain and Portugal to host the 2030 World Cup.

During the briefing, Andriy Pavelko noted:

"First of all, I want to express my deep gratitude to the UEFA leadership in the person of Alexander Ceferin and my colleagues from the UEFA Executive Committee, in particular Luis Rubiales and Fernando Gomez, for the strong support of the European football community that Ukraine has been receiving since February 24.

Thank you to the President of Ukraine Volodymyr Zelenskyi for joint efforts aimed at reviving football in Ukraine and supporting the initiative of Ukraine's participation in the bid to host the 2030 World Cup!

United as never before, the European football family, having condemned the crimes against the Ukrainian people, proved its commitment to the values ​​that underlie our organization. First of all, this is football for peace!

Now I thank you and all the friendly national associations for the help on behalf of thousands of little players - girls and boys from Mariupol, Kharkiv, Kherson, Irpen, Buchi and many other cities that were subjected to barbaric military aggression. These children were forced to leave their homes, their clubs and football schools, fleeing from bullets and shells. Many of them received your support and found shelter in various European countries. Now they can continue to play football in European clubs and have made new friends all over Europe.

It was your support, the work carried out by the UAF, the determination and support of the Head of State Volodymyr Zelenskyi and his Office that helped the football family of Ukraine to restore football life. We have revived competitions among men's and women's teams, and what is especially important for us, the matches take place in Ukraine. Football is an important social phenomenon that supports Ukrainians in these difficult times.

That is why we are glad to join the European bid to host the 2030 World Cup. We realize how important this initiative is today for all of Ukraine. This is the dream of millions of Ukrainian fans. The dream of people who survived the horrors of war or are still in the occupied territories, over which the Ukrainian flag will surely fly again soon. We revived Ukrainian football in the conditions of war and against war. The war will end, and we will organize World Cup 2030 matches together with Spain and Portugal at the highest level!

Ukraine's participation in the bid to host the 2030 WC is also important for the unification and strengthening of Europe in these difficult times. A few months ago, Ukraine received the status of a candidate for EU membership, and in the coming years we hope to obtain full membership. The joint holding of the 2030 World Cup with Spain and Portugal will be a vivid historical event that will symbolize the unity of Europe from Lisbon to Kyiv, Donetsk, Luhansk and Sevastopol. This event will become a symbol of the triumph of football for peace! Which is also symbolic in the context of the 100th anniversary of the first draw of the World Cup, which the entire football world will celebrate in 2030.

I sincerely thank my colleagues from Spain and Portugal for supporting the joint application, which only confirms the unity of the European football family. Thanks to UEFA and Alexander Ceferin personally for supporting this initiative! Thank you to the President of Ukraine, the Office of the Head of State for the stability and continuous support of Ukrainian football in our country and on the international arena! Thank you to all our friends from national associations for their solidarity and support of Ukraine!

We play football together in a single team of peace and for peace!"