Euro-2024. In the selection, the national team of Ukraine will play against the teams of Italy, England, North Macedonia and Malta 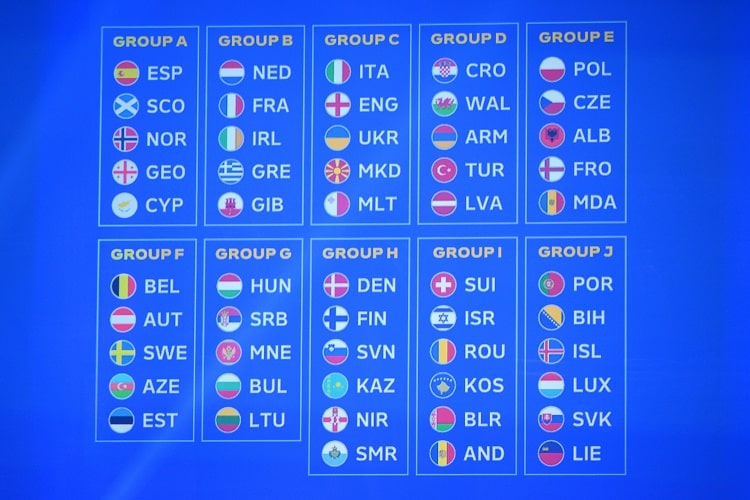 On Sunday, October 9, the draw for the qualification groups of the 2024 European Championship took place in Frankfurt am Main, and the national team of Ukraine also found out their opponents based on the results.

On September 27, the Ukrainian national team completed its performance in the 2022/2023 Nations League, having finished second place in Group 1 of League B. Thus, in general rating of LN our national team ended up in the 22nd position, which sent it to the third basket in the seeding of the participants of the Euro-2024 qualifying tournament.

According to the results of the draw, the blue-yellow team got into group C, where they will meet with Italy, England, North Macedonia and Malta. 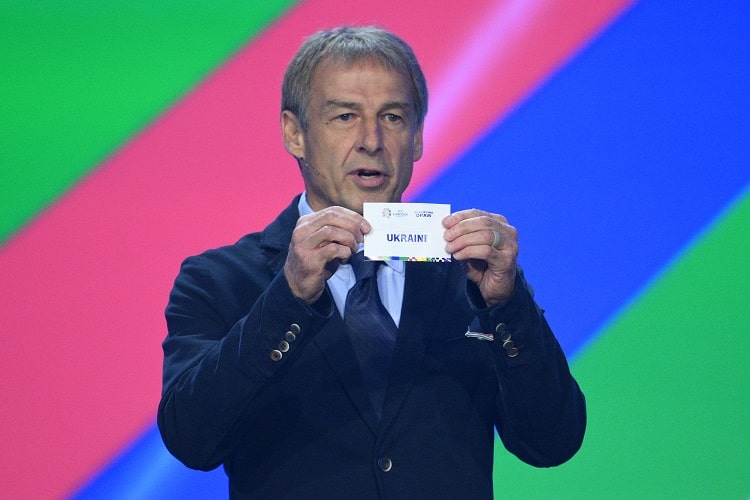 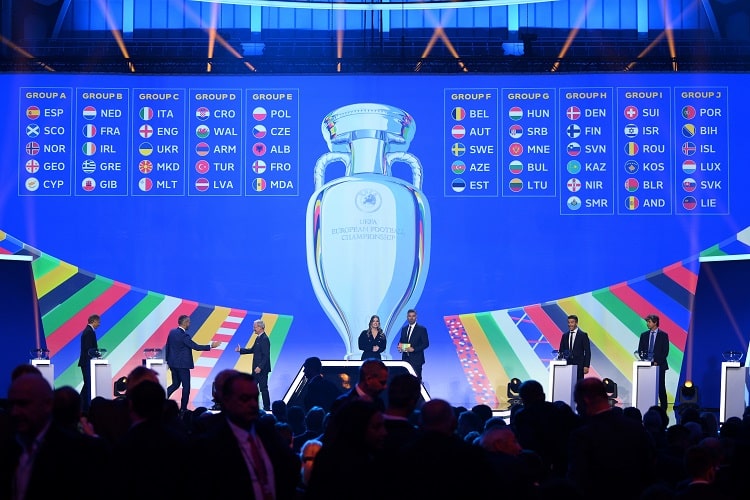 The Nations League/Euro 2024 play-offs will be held according to the cup system (two semi-finals and a final) in three branches - Leagues A, B and C. If the winner of the LN group has already made it to Euro 2024 through qualification for this tournament, his place in the play - off will be the next ranked team in this division. If there are less than four teams left in the group stage, the ticket will be awarded by the league below, taking into account the overall ranking in the Nations League (priority will be given to the best team in League D). Thus, each of the three playoffs will have its own winner, who will become a participant in Euro-2024.

The draw for the final tournament of the European Championship will be held in December 2023, and the forum itself will last from June 14 to July 14, 2024.

Composition of baskets before the Euro 2024 qualifying draw

During the ceremony, UEFA took into account several factors regarding individual participants - political, geographical and organizational.

The so-called UNL VIP-basket included the winners of the Nations League A groups (this allowed the participants of the final four to be placed in groups of five national teams), the first basket — the next six teams ranked by the League of Nations (except for Germany, the hosts of Euro-2024). These 10 teams led the selection groups of Euro-2024.

The overall rating of the LN is calculated as follows: the winners of League A groups have numbers 1-4, the second teams - 5-8, the third - 9-12, the fourth - 13-16, the winners of League B groups - 17-20, etc. But let's pay attention: due to Germany and the disqualification of Russia, this order has moved precisely for the seeding of the Euro-2024 draw. 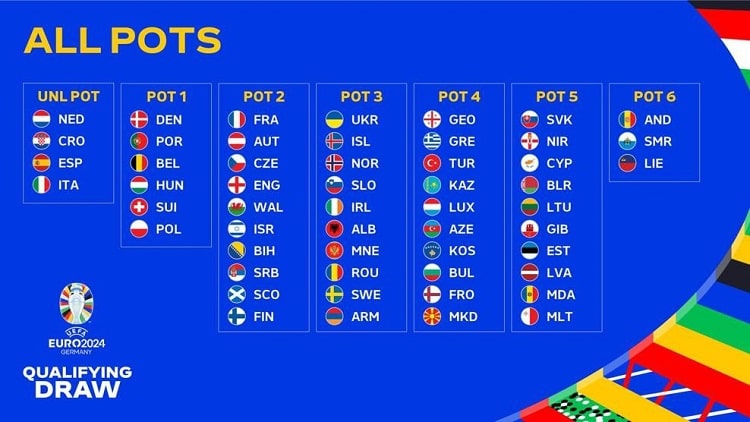 The head coach of the North Macedonia national team, Blahoja Milevskyi: "Ukraine plays modern, attractive football regardless of the opponent"

The head coach of the national team of North Macedonia, which is a rival of Ukraine...

Michele Marcolini, the new coach of Ukraine's opponent in the Euro 2024 selection, the Malta national team: "My first goal is to strengthen the team with true values"

Opponent for Euro-2024. The Malta national team got a new head coach

The Football Association of Malta has announced the appointment of the new main...