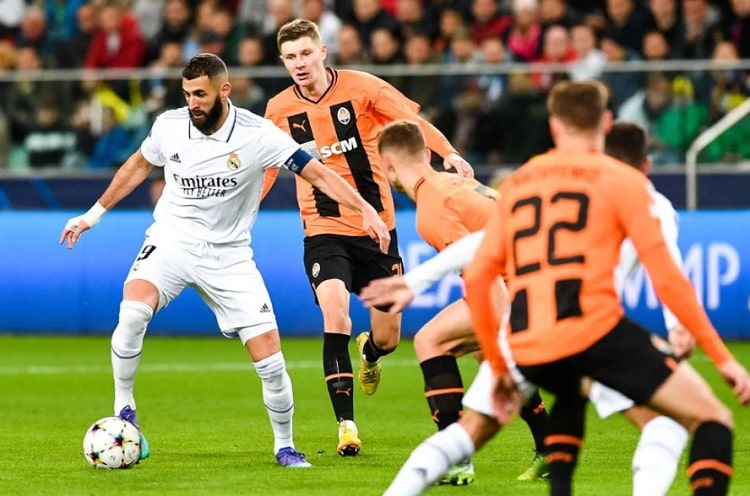 In the 4th round of the group round of the Champions League, Shakhtar Donetsk drew with Real Madrid in Warsaw.

Due to the Russian military invasion, the Miners are forced to play home matches of the Champions League in Warsaw. Compared to the game in Madrid a week ago, in which Shakhtar yielded with a score of 1:2, Ihor Jovičević made only one substitution - Traore replaced Shved in the "base". Let's add that Lunin was in the starting line-up of Real Madrid, replacing the injured Courtois in the goal of the Royal Club.

In the first half, the teams controlled the ball about equally, but Madrid attacked more sharply. In the 18th minute, Benzema shot from a sharp corner - Trubin saved. The players responded with a blocked attempt by Zubkov. Towards the end of the half, Trubin parried Benzema and Rodrigo's shots from an acute angle, and also dealt with Valverde's long-range shot. 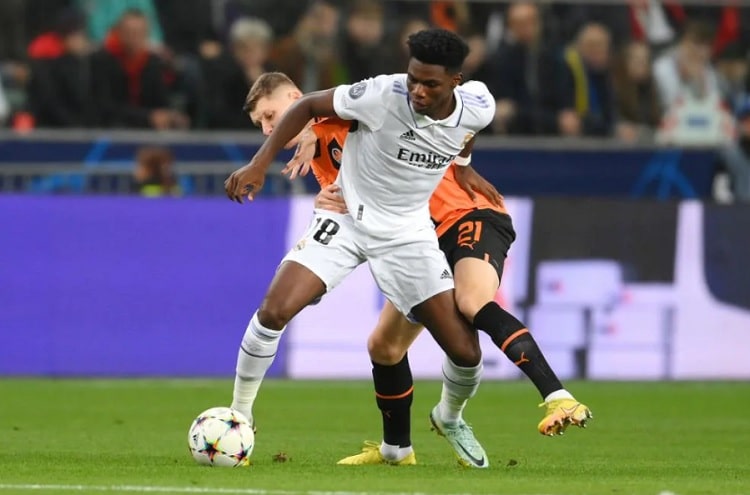 Immediately after the break, Shakhtar took the lead, and scored a twin goal of the one in Madrid. Again, Mudryk dispersed the attack, Mykhailichenko served, and Zubkov finished with a header. Real responded with inaccurate shots from Chuameni and Benzema after corners.

In the 65th minute, the Ukrainians almost scored for the second time - Zubkov brought Traore face-to-face with Lunin, the forward passed the goalkeeper, but hit the crossbar from an acute angle. Soon, Zubkov himself joined in from afar — Lunin parried with some difficulty. Later, Mudryk passed several face-offs and scored near the post. 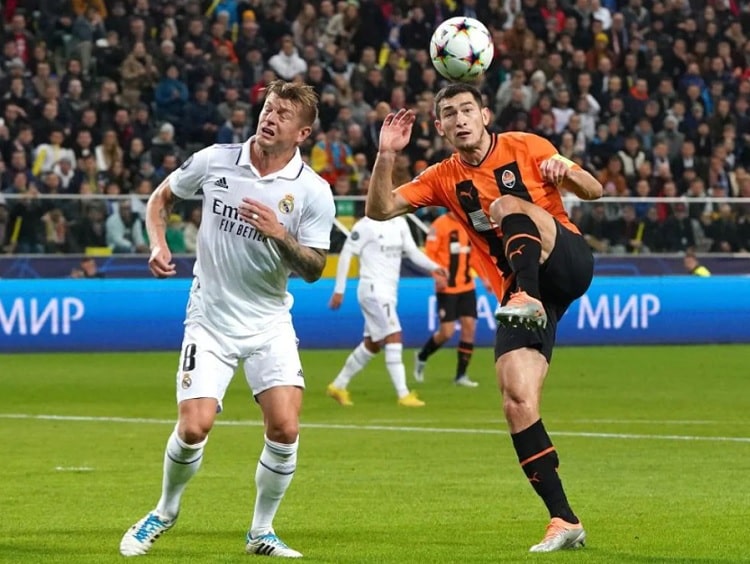 In the 73rd minute, the Spaniards responded with Kroos' shot past the far corner after a corner kick. At the end of the game, Vinicius shot over the crossbar after Vásquez's pass, and Rüdiger headed the ball near the post in added time by the referee. However, in the 90th + 5th minute, Antonio jumped over Trubin and still managed to equalize the score. So, in the last seconds of the match, the miners lost the victory - 1:1.

In the Shakhtar team, the players who were called up for the last training session of the national team took part in the match: Trubin, Bondar, Matvienko, Mykhailichenko (goal assist), Stepanenko, Mudryk (replaced in the 85th minute), Zubkov (goal, replaced by 81nd minute). The goalkeeper of the Ukrainian national team, Lunin, played a full match for Real Madrid.

Legionnaires of the Ukrainian national team in the first part of the 2022/2023 club season: Andriy Lunin

If you consider the status of a strong backup of one of the best goalkeepers of...

In the 1/16 finals of the Spanish Cup, Real Madrid goalkeeper...

In the 10th round of the Spanish La Liga "Real" goalkeeper of the national team Uk ...