Oleg Shaitanov: "It is very nice to get to three European championships out of three" 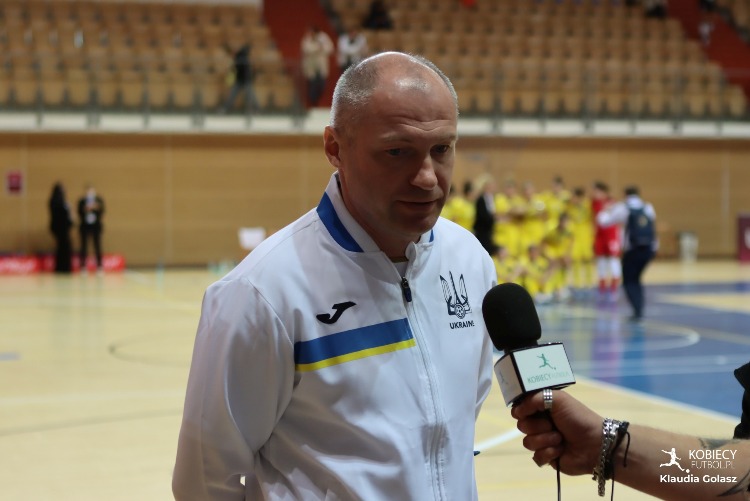 The head coach of the women's futsal team of Ukraine Oleg Shaitanov commented on the entry to Euro-2023.

In the main selection round of the European Women's Futsal Championship, the matches of which were held in Poznań, Poland, the blue and yellow managed to take the first place in the quartet. In the first game, the national team of Ukraine defeated the Netherlands (5:2), in the second — defeated Croatia (5:1), and ended the mini-tournament with a draw with Poland (1:1).

As a result, our team made it to the continental championship for the third time in history. After meeting with housewives, express your emotions in the comments for press service of the Futsal Association of Ukraine shared the head coach of the blue and yellow Oleg Shaitanov.

— For the third time in a row, the women's futsal team of Ukraine qualified for the final four Euros. What are your emotions after the match?

— It is very nice to get to three European championships out of three. The girls deserve it, I am very happy for them.

— What were your instructions for the match with Poland, considering the situation in the group?

— Of course, we talked with the wards only about victory. I explained to them that a draw or a minimal loss is only an option, and all thoughts should be focused only on winning. Therefore, the game was difficult, but we were satisfied with the 1:1 result.

— How quickly did the opponent's goal force you to make adjustments?

— I repeat, the game was difficult, we missed, but the girls concentrated, it was the only choice.

— In this match, did you trust experienced players more?

- So. You see, these are games for reaching the top four teams in Europe, they are not easy.

— What can you wish for all our fans, especially that their support was felt in the stands?

- Indeed, a big thank you to them for coming to support us. We felt that they were rooting for us. But the greatest thanks to our Armed Forces, because in such a difficult time we are able to do our work.

The final part of Euro 2023 in women's futsal with the participation of four national teams — the winners of their groups in the main selection round (Spain, Ukraine, Portugal or Italy, Hungary) is scheduled for March 2023.

The draw for the final four of the European Championship will be held on January 24...