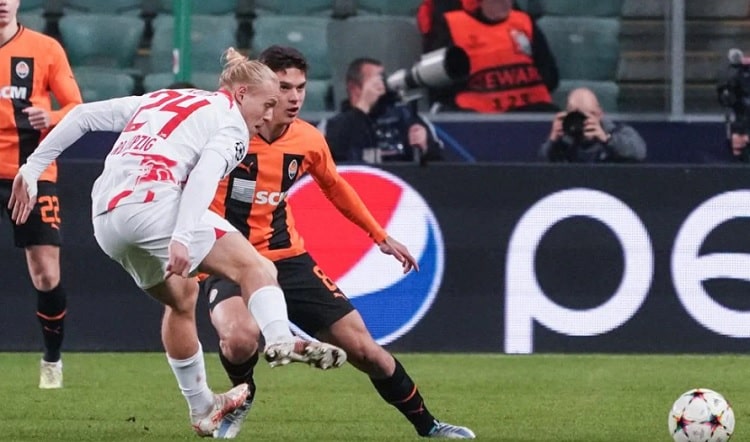 Shakhtar Donetsk lost to German Leipzig in the final round of the Champions League group stage in Warsaw.

After five rounds, Ihor Jovichevich's wards guaranteed European cup spring. And the victory in today's game against "Leipzig" brought "Shakhtar" to the playoffs of the Champions League. It should be noted that due to the Russian military invasion, the miners again played a home match in Warsaw.

In the first half, the Germans had a significant advantage, created several dangerous moments. In the 8th minute, Trubin dealt with Werner's shot from the penalty area, but soon Leipzig took the lead. Nkunku intercepted the ball near the Donetsk penalty area, passed it to Werner, the shot was pulled by Trubin, but the same Nkunku sent the ball into the net on the finish. 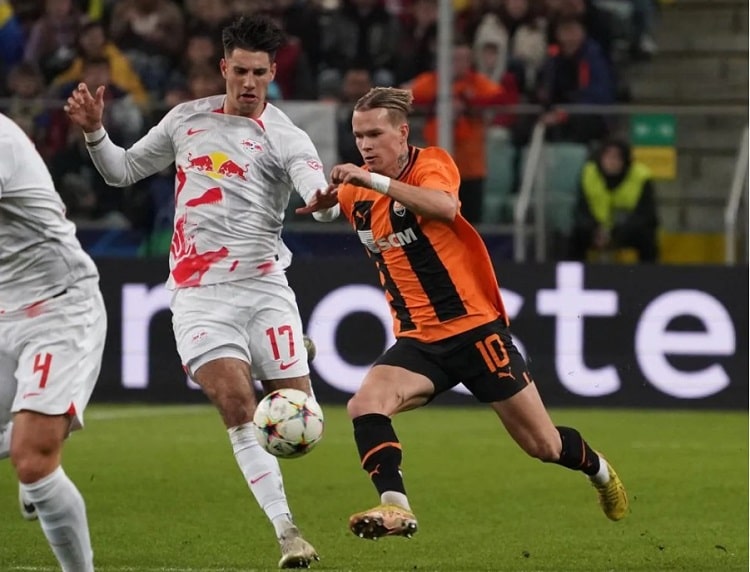 Subsequently, the Shakhtar goalkeeper parried Forsberg's shot, to which the Ukrainians responded with an inaccurate long-range attempt by Petryak. Towards the end of the opening 45 minutes, the orange-black team made several promising attacks, but they failed to disturb Blasvich.

Unfortunately, in the second half, "Leipzig" was a head higher than "Shakhtar". In the 50th minute, Simakan sent a header to the far post, and Silva doubled the Germans' advantage. Later, Trubin pulled Forsberg's powerful shot under the crossbar.

In the 62nd minute, Soboslai took advantage of Nkunku's pass, beat the goalkeeper and sent the ball into an empty net. And later, Olmo scored a cool round shot into the far corner of the post, and he did it a few seconds after coming on as a substitute. However, the ball hit Bondar, who scored an own goal. 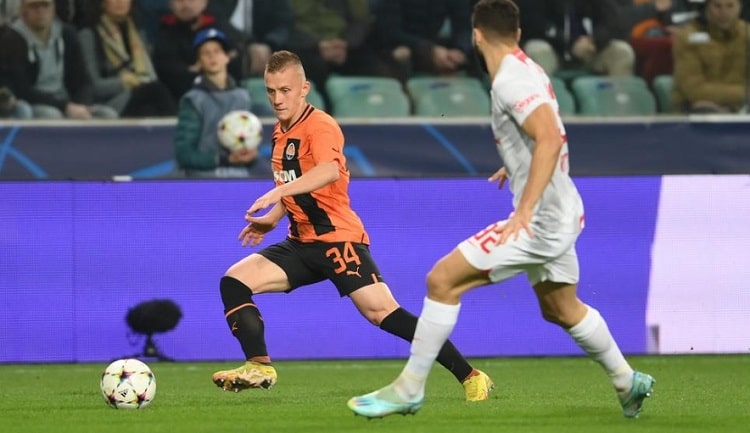 "Shakhtar" responded with a dangerous shot by Mudryk over the crossbar, later Bondar hit the plane with his head, but the miners did not manage to score a goal. The result was a defeat with a score of 0:4. So the orange and black took the third place in the group, which gives a pass to the Europa League face-to-face matches. The draw for this stage will take place on November 7 (starting at 14.00 Kyiv time).

In the Shakhtar team, the players who were called up for the last training session of the national team took part in the match: Trubin, Bondar (own goal), Matvienko, Mykhailichenko (yellow card), Stepanenko, Mudryk (replaced in the 74th minute).