U-21: personnel situation in the Tbilisi camp of the youth national team of Ukraine 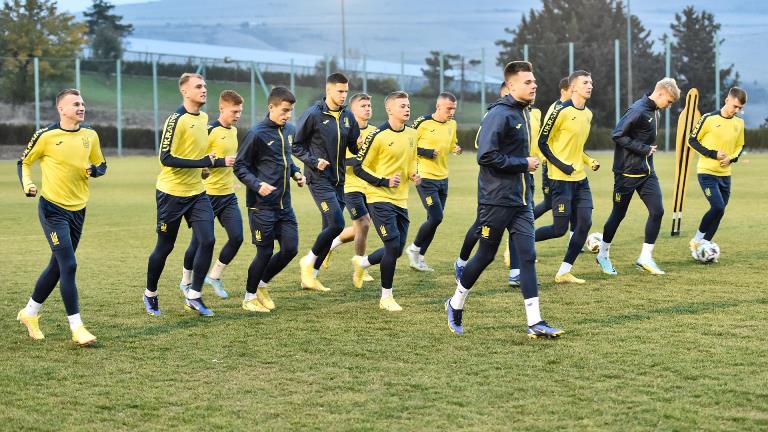 On Saturday, November 19, the youth national team of Ukraine held the first of two scheduled control matches in Tbilisi, drawing with the youth team of Israel — 1: 1.

And tomorrow, November 21, in Gori, 60 km from the Georgian capital, the blue and yellow team will hold a sparring match with the local team. By the way, before this game, the Georgians brought in three performers of the national team, among them is the midfielder Giorgiy Tsitaishvili - a player who belongs to Kyiv "Dynamo", and currently plays for the Polish "Lech" on loan.

However, we are more concerned about the personnel situation in the Ukrainian youth camp, which, unfortunately, has negative aspects.

Mykola Kuharevich arrived from the Scottish "Hibernian" with an injury. If he did not play on Saturday, he will not help the team in the second match either.

"Ingulets" midfielder Danylo Kravchuk was injured already during the training session, and "Rukh" defender Vitaly Roman suffered a nose injury in the first half of the match against the Israelis. The examination, fortunately, did not reveal a fracture, but a serious hematoma will prevent the football player from taking part in the second meeting.

We should also add that by agreement with the clubs, the defender of the Czech "Slovan" Maksym Talovyerov and the midfielder of "Chornomorets" Maksym Bragaru left the team's camp.

The match between Georgia and Ukraine will take place on November 21 in Gori at the Tengiz Burjanadze Stadium. It starts at 18.00:16.00 local time (XNUMX:XNUMX Kyiv time).

U-21: Ukraine will hold a friendly against Denmark in Turkey

U-21: the youth national team of Ukraine will play against the Italian team as part of preparations for Euro-2023