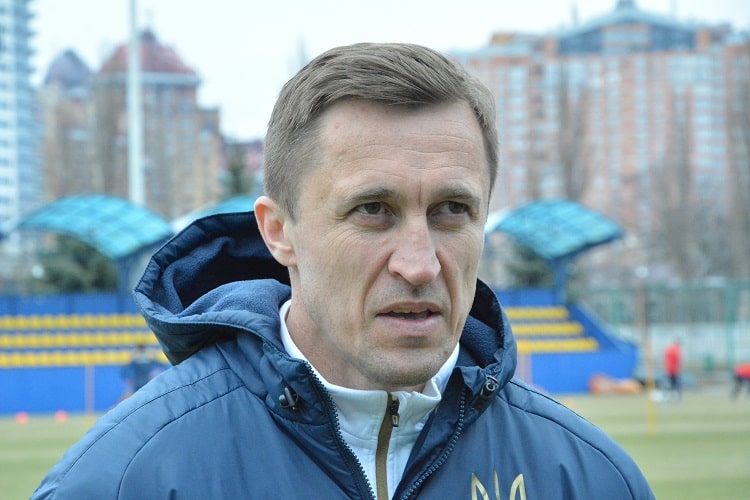 The head coach of the youth national team of Ukraine U-19 Serhiy Nagornyak summed up the performance of his team in the qualifying round of Euro-2023.

The youth national team of Ukraine (football players not older than 2004) performed triumphantly in the qualifying round of Euro-2023 (U-19), ending the tournament in the first place in a group with Sweden, Cyprus and Kosovo. The blue and yellows have won three games in three matches and will now prepare for the elite round matches that take place next spring.

The official website of the UAF spoke with the head coach of our national team, Serhiy Nagornyak, about the past competitions held in Sweden.

— Are you satisfied with the performance of your wards?

— How can I be dissatisfied with three victories? Being in tough conditions, boys showed themselves from the best side. In every game, they tried and gave their best.

— The starting match against the outsider, the national team of Kosovo, was won only in injury time...

— It wasn't easy because we had only one training session with the whole team, which was a pre-game. The match against Kosovo was, in fact, for the team to strengthen chemistry since the last training camp was three years ago. In the game against the Balkans, it was clear that the boys had not played for a long time. Moments were enough, but luck was not. But nothing, the team managed to squeeze the opponent. Well done!

— Yehor Yarmolyuk became one of the best scorers of the Ukrainian national team. Did the guy in England get stronger?

— I can confidently say that Yehor is ready for adult football. But I wouldn't single out anyone. The whole team worked well in this situation. With each game they added. We beat Cyprus - 4:1, and the final score against Sweden (2:0) could have been 8:3 (smiles). In the second and third matches, I had almost no complaints about my wards.

— What are the immediate plans of the youth national team of Ukraine?

— For now, we are waiting for the draw of the elite round, which takes place on December 8, and only then we make some plans. We will consult with the leadership of the UAF regarding further work.

As a reminder, the first two teams from each of the 13 groups and the best winner of the third place (based on the results of the matches with the first and second teams of the group) will join Portugal in the elite round of qualifying in the spring of 2023. Malta's national team won a direct pass to the final stage as the host of the tournament. The winners of the seven groups of the elite round will go there.

Serhiy Nagornyak: "Despite all the circumstances, our goal is the first place in our quartet"

Serhiy Nagornyak: "On paper, Ukraine and Sweden are the quartet's favorites"

Head coach of the youth national team of Ukraine U-18 (players not older than 20 ...

Euro-2023 (U-19): the youth national team of Ukraine got to the first basket before the draw