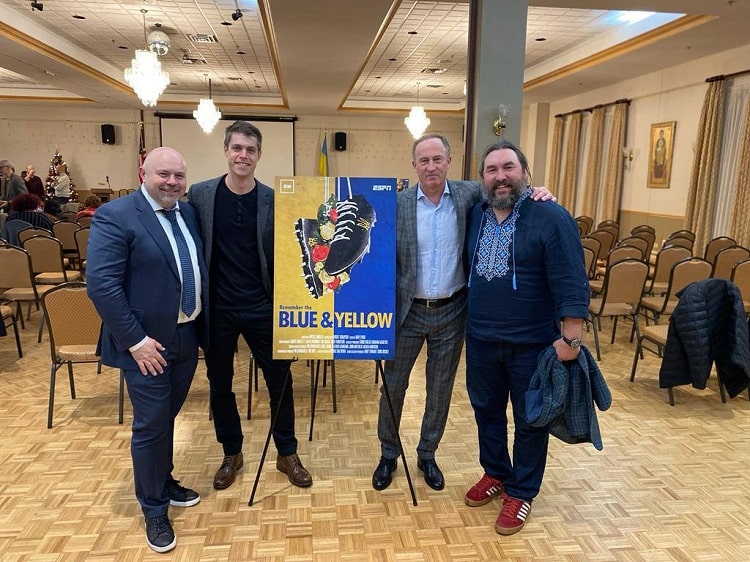 The presentation of the film "Remember Blue & Yellow" took place in the premises of the Ukrainian Cultural Center in Chicago.

The creators of the film are American journalists from ESPN company Russell Dinallo and Wright Thompson. The film lasts 60 minutes and shows the life of the Ukrainian national football team during the war. Documentaries filmed during the preparatory meeting of the national team in Slovenia in May this year, the 2022 World Cup play-off matches in Scotland and Wales, UEFA Nations League games in Armenia and Poland. 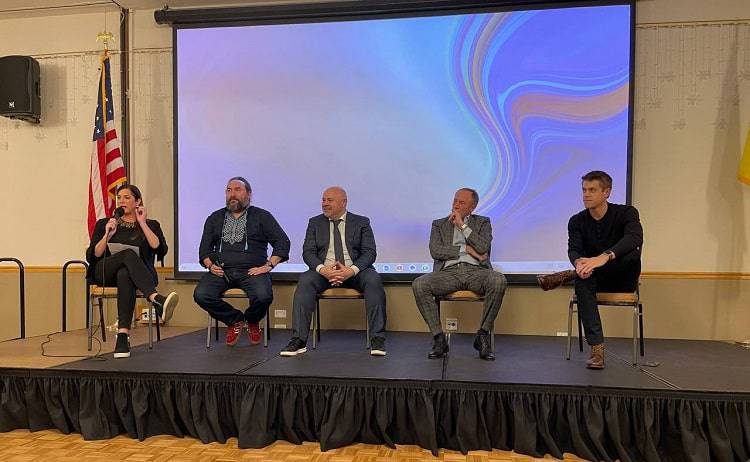 The film crew worked inside the Ukrainian national team, communicated with the head coach and players and managed to truthfully show the emotions and experiences that the boys felt while preparing for matches in the terrible war year. The creators of the film also shot in Kyiv.

The film turned out to be deep, dynamic and emotional, showing the audience the atmosphere and character of the national team, which is preparing for the match at a time when thoughts are constantly about loved ones and relatives and all Ukrainians who are in danger of death every day due to the attacks of non-human aggressors from Russia. The premiere was attended by ESPN executives, reputable sports journalists from the USA, and the close-knit Ukrainian community of Chicago, which today numbers about 400 people (250 before the full-scale invasion).

The special guest of the premiere was the head coach of the national team Oleksandr Petrakov, who is the main character of the film. The premiere of the documentary on the ESPN channel will take place on December 11, after which you can watch the film by subscription on the Disney+ OTT platform.

At the premiere, the creators of the film gladly responded to the proposal of UAF president Andrii Pavelek, conveyed by the press attaché of the Ukrainian national team Oleksandr Glyvinsky, to organize the premiere of the film in Ukraine. If everything goes well, it may be possible to do it in the second half of January. “I'm glad to be here and I want to thank ESPN. When I was on my way here, I received a call from UAF president Andriy Pavelko, who also asked to convey his thanks. It was his idea and he should have been with us today.

At first, I was somewhat skeptical of this idea. You know, there are such signs in football players that there may be some nefart. But when I got to know the authors of the film and saw how they work and how they treat us, I realized that they care deeply for Ukraine.

Now I understand that this film was needed and it had to be released. Now I remember the emotions of the boys, the emotions of the fans... The hardest thing was when we didn't make it to the World Cup. It was a dream come true for many of my players. Many finish their performances in the national team, because a certain age is coming.

When I came here, I could not have imagined that so many Ukrainians live in Chicago. I was shown the museum, the history... I see how representatives of the Ukrainian diaspora communicate with each other, and it's impressive," Oleksandr Petrakov admitted during the presentation of the film.

Weekend for the legionnaires of the Ukrainian national team: two goals by Yarmolenko, Zinchenko's elimination from the cup and Sobol's debut

Weekend for the legionnaires of the Ukrainian national team: cup tests of Lunin and Zinchenko and possible debuts of Sobol and Tsygankov

In fact, the calendar weekend for the legionnaires of the national team of Ukraine, who are...

Weekend for the legionnaires of the Ukrainian national team: Yarmolenko's goal, Kovalenko's assist and Mudryk's debut