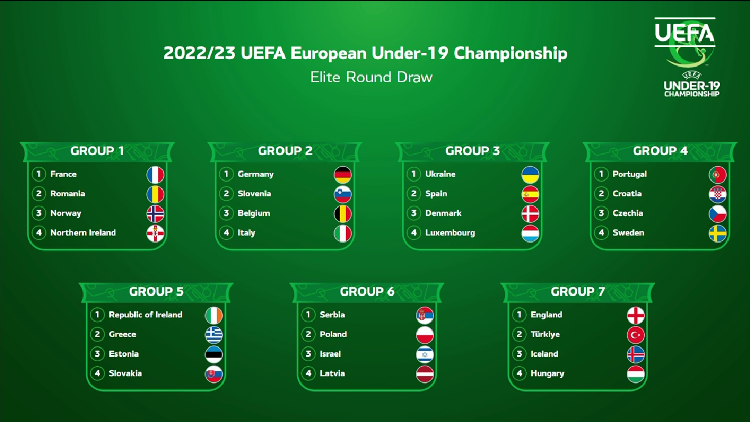 Today, December 8, the draw for the elite round of Euro-2023 qualification among young men under 19 years of age took place, in which the national team of Ukraine also took part (football players not older than 2004).

We will remind, after the victories over Kosovo (1:0), Cyprus (4:1) and Sweden (2:0) Serhiy Nagornyak's wards finished the performance in the qualifying round with the maximum result in first place in the group. Due to this, before the drawing of the elite round of selection, the blue-yellow team got to the first basket.

In the elite round, 28 participants will fight for tickets to the final stage, the matches of which will be held in the period from July 3 to 16, 2023 in Malta. The winners of the seven groups will go there.

This stage of selection in March will feature the 27 teams that passed the first stage and the Portuguese, who received a direct pass to the elite round as the leaders of the corresponding age rating.

According to the results of the draw, the blue-yellow team got into group 3, where they will play against the teams of Spain, Denmark and Luxembourg.

Volodymyr Yezerskyi and his coaching staff almost pulled off a miracle in...