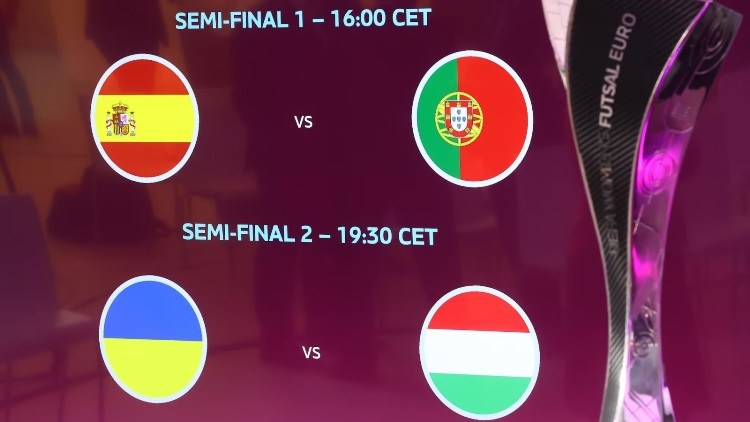 The draw for the final tournament took place in Debrecen, Hungary the third in the history of the European women's futsal championship, in which the national team of Ukraine will take part.

According to the decision of the UEFA Executive Committee, which includes UAF President Andriy Pavelko, the final part of Euro 2023 in women's futsal from March 17 to 19 will hold Hungary. The matches of the four teams will take place at the "Phoenix Arena" in Debrecen. The semifinals will be held on the 17th, and the match for third place and the final on the 19th.

We will remind, one of the participants of the competition will be the national team of Ukraine. Spain, Portugal and Hungary also made it to the final tournament. Today in Debrecen, the draw took place, according to the results of which the opponents of the blue-yellow team in the semi-finals were the Hungarians.

In the main selection round of the European Women's Futsal Championship, the matches of which were held in Poznań, Poland, the blue and yellow managed to take the first place in the quartet. In the first game, the national team of Ukraine defeated the Netherlands (5:2), in the second — defeated Croatia (5:1), and ended the mini-tournament with a draw with Poland (1:1). As a result, our team made it to the continental championship for the third time in history.

We will remind, the women's futsal team of Ukraine became a bronze medalist of the Euro-2022 final tournament, which was held in Portugal on July 1-3.

The draw for the final four of the European Championship will be held on January 24...