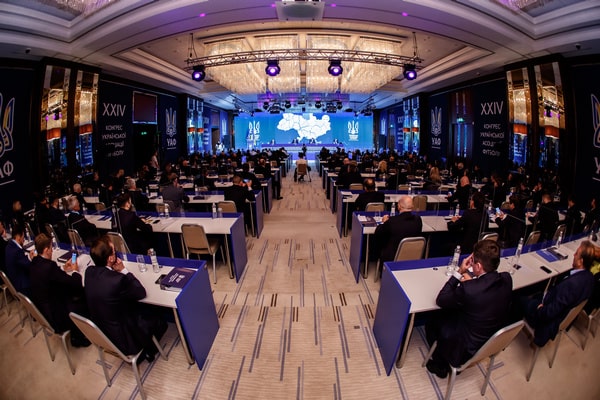 (From the UAF Statute)

Article 17. Amendments to the Statute and the Rules of Procedure

2.2 election of persons who will count the votes (Counting Commission);

2.3 electing a Secretary of Congress and three delegates to maintain and review the minutes of Congress;

2.4 review and approval of the report of the President, the Executive Committee and the Administration;

2.5 reviewing and approving the opinion of the Audit Authority, annual financial report;

2.6 election and termination of authority of the President of the UAF;

2.8 election, termination and suspension of powers of members of the Executive Committee;

2.9 election, termination and suspension of the powers of the Chairman, Deputy Chairman and members of the Control-Disciplinary and Appeal Committees;

2.10 the election, termination and suspension of the powers of the Audit Authority;

2.11 amending the Statute and the Rules of Procedure;

2.12 making decisions on the reorganization or liquidation of the UAF;

2.13 reviewing and deciding on proposals;

2.15 making decisions on the election, termination and suspension of the authority of a member of the Executive Committee or a member of another body of the UAF;

2.16 granting the status of Honorary President and Honorary Member;

2.17 the exercise of the UAF's ownership rights and the delegation of such functions to other UAF governing bodies, legal entities, separate units or other legal entities formed by the UAF;

2.18 other powers as defined by the laws, statutes and documents of FIFA and UEFA.