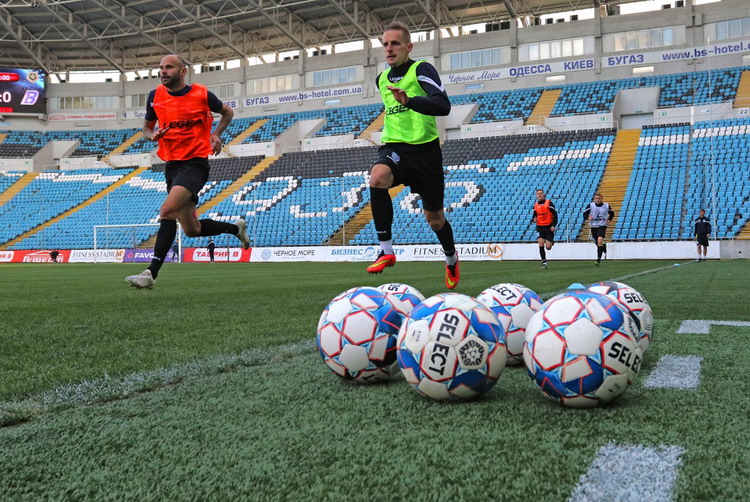 Chornomorets will have a new head coach. Photo by chernomorets.odessa.ua

In the quarantine conditions, the players of the First and Second leagues support the sports form according by individual programs.

According to Balkan manager Andriy Parkhomenko, the club hopes to resume the training process in groups on May 12, with the permission of the governing bodies of football. Although it is still unknown where the players will prepare after a long break, because there are quite significant reservations.

And here is another First League team from Odesa region, Chornomorets, quite unexpectedly left without a head coach. Ostap Markevych resigned with his assistants. According to the club's general director Anatolii Misyura, the search for a specialist to occupy a vacant position is still underway. We will add that, most likely, "sailors" will add some players from the Second League's "Chornomorets-2".

Second League's VPK-Agro contributed to the fight against the spread of coronavirus. Club recently held humanitarian campaigns to support needy families, as well as medical institutions in the Novokodatskyi and Samarskyi regions of Dnipro.

By the way, club's director Volodymyr Knysh in a comment to the UAF official website noted that after the restoration of the championship, Serhii Solovyov's wards will play not in the stadium in Novomoskovsk, where the reconstruction began, but in Mahdalynivka. As for next season, VPK Agro plans to host rivals at Meteor stadium in Dnipro. It should be noted that this arena will be home to the First League's Ingulets.

But the director of FC "Crystal" Sergei Shevtsov does not hide that in the case of resumption of the training process, non-local players will have to solve a difficult problem with the return to Kherson. Still, it is believed that they will resolve this transport issue. It is also gratifying that construction work is underway on the main sports facility of the regional center - Crystal Stadium.