Cup of Ukraine. "Veres" and "Desna" show the will to win, and "Ingulets" decided to reconsider the nearest reserve 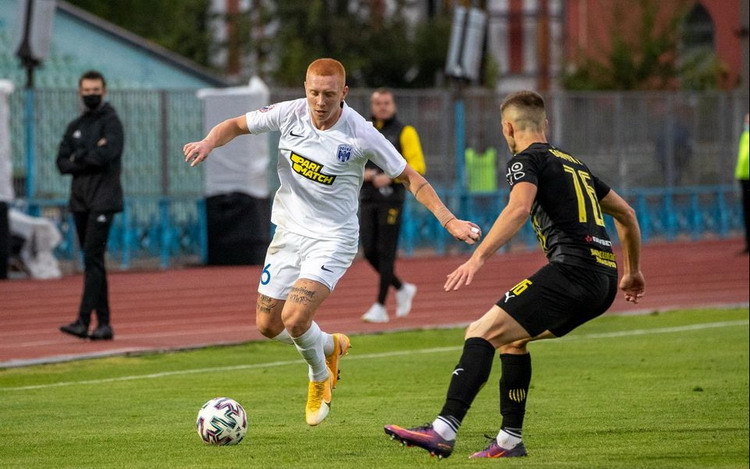 Desna players had to make every effort to celebrate the strong-willed victory over Rukh. Photo of FC Desna

The highlight of the cup battles has always been the desire of lower-ranking teams to challenge more famous, which greatly fueled interest in the competition.

Here and today in third round (at the stage of 1/16 finals) there could be no talk of any passing matches. Take at least the rivalry in Horishni Plavny, where the local first-league "Girnyk-Sport" hosted the elite "Dnipro-1". The guests only dictated the conditions at the beginning of the match, which allowed them to score two goals. Later, Igor Zhabchenko's wards seized the initiative, and goal moments began to appear at the gates of Dnipro. In difficult weather conditions, the rivalry took place on the opposite course, and immediately after the break the hosts managed to restore balance in the score. It took extra time to determine the winner, during which Dnipro-1 striker Artem Dovbyk, who scored twice, proved to be the best. In general, he has a hat-trick. It should be clarified that in this effective confrontation (3: 5) two more penalties were not realized.

The events in Mlyniv were no less dramatic, where the first-league Veres and Mykolayiv clarified relations. We will remind that in the previous round Rivne residents and Nikolaev forced ambitious "Alliance" and "Chernomorets" to leave distance. Rivals were worthy of each other: "Heather" had to play twice, and the owner of the pass also had to decide in overtime. The hosts took advantage of the removal of "citizen" Vladislav Lyashevsky from the field and still tilted the scales to their side.

"It was a real cup game," Veres head coach Yuriy Wirt said in a comment to the official UAF website. - It's a pity that there were no spectators. Compared to the previous match in the championship, we made six substitutions at once, and I was satisfied with the actions of the reservists. This shows that we have a long bench, there is competition… »

But the only amateur team at this stage, "Victoria", managed to give a fight to one of the leaders of the UPL - "Mariupol". The hosts opened the scoring in their debut after an accurate shot by Artem Kasyanov in the near nine and in no way inferior to the Azovs and a half. Nevertheless, the superiority of Ostap Markevich's wards in the class was noticeable, and they celebrated a strong-willed victory. 3: 1.

The match in Chernihiv, where Desna hosted Rukh, also aroused interest. A few days ago, these rivals met in the championship, and then confidently defeated the wards of Alexander Ryabokon. It was felt that the people of Lviv worked well on the mistakes, because today the advantage of Chernihiv was not so noticeable. The guests even opened the score, but it only added to the sporting anger of the hosts, who managed to break by scoring two goals in a row.

And finally - about two derbies. In Podolsk, the first-league "Agribusiness" only in overtime snatched victory from the newcomer of the second division, "Epicenter", but in Alexandria, a flash of activity of the hosts in the middle of the second half helped them crush the countrymen from "Ingulets" - 4: 1. Artem Sitalo, Yevhen Banada, Valery Luchkevych and Maksym Zaderaka scored for the "citizens", and Bohdan Lytvyak scored a goal of prestige for the guests who played in the experimental squad.

Prykarpattia head coach Ruslan Mostovy: “We received a lot of information in the match against Kolos

Footballers of the first league Ivano-Fran ...

Niva head coach Oleh Shumovytskyi: "It hurts for one of the grands to visit Vinnytsia…"