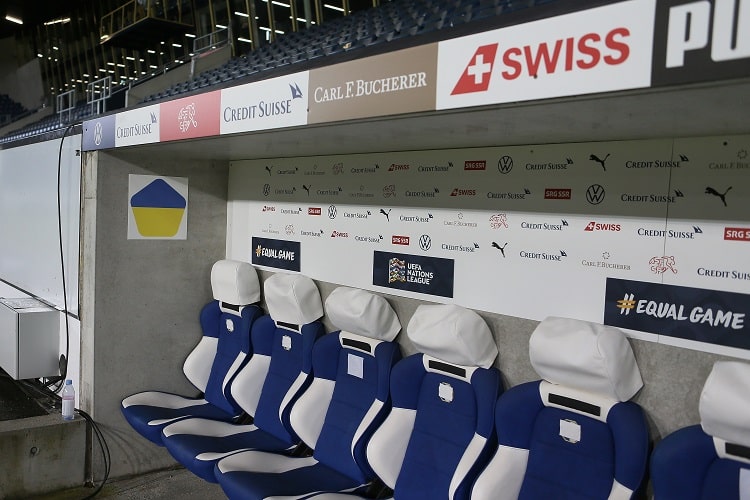 The case of the UEFA Nations League match in Group 4 of the League A Switzerland - Ukraine, which was canceled, can be considered next Monday, November 23, by the UEFA Control and Disciplinary Committee. The Ukrainian Association of Football believes in an objective and impartial solution to this issue.

For our part, we officially confirm the consistence of the UAF's position in this matter: the national team of Ukraine was ready for the match with the selection that was in Switzerland, and we made every effort to make the game happen. This confirms team manager Oleksii Tarhonskyi: "Certainly, we were ready! Head coach Andrii Shevchenko was preparing for the last game. On the matchday, there was even a pre-game meeting, which started at 10.30 and took place online. At the same time, I saw that the Swiss national team was just as serious about the game. Therefore, I believe that the decision of the Lucerne authorities was wrong".

"The doctor did not agree to this offer and added that he did not mind Switzerland beating us on the football pitch, because he is a fan of football and his team", - said Tarhonskyi.

The national team of Ukraine doctor Artur Hlushchenko confirms the ambiguous decision of the doctor and the odd behavior of the Swiss side in general regarding the latter canceled match .

"Unlike our colleagues from Germany, who showed readiness to solve any issues that arose in the process of organizing the match with their team and performed their work at the highest level, including in the context of medical protocol, in Switzerland we do not saw the same treatment. What I mean is that after PCR testing revealed five infected people in the Ukrainian delegation in Leipzig, the German Football Association conducted an additional research on the matchday. To do this, German colleagues brought their mobile laboratory, at 13.00 we passed the tests, receiving the results three hours later. They were all negative, and the game took place. As for the Swiss, they refused to conduct testing on the matchday, unequivocally appointing it for the evening before the match - November 16". The team's doctor also said that due to testing requirements, the team had to violate the training preparation regime and, in addition, was denied to access to locker rooms and bathrooms at the stadium where the training took place.

"Instead of making a mandatory pre-workout massage that minimizes the risk of injury during training, 10-15 minutes before entering the pitch, we had to finish it an hour before training so that players could still have time to pass the test and take the bus stadium. In addition, access to the locker room or toilet, and in general to any other room in the stadium was prohibited. A strange decision and an even stranger situation in general, which happened before the planned match of one of the most prestigious UEFA tournaments", - said Hlushchenko.

Another member of the Ukrainian delegation in Switzerland, the UAF First Vice President Oleh Protasov, also confirmed the team's readiness to play and all the necessary efforts made by the association to make the match happen. "The national team was ready for the match, which we emphasized in negotiations with both the Swiss side and UEFA. The team was ready to retest COVID-19 to confirm the presence of at least 13 healthy players, but we were denied, bringing all our efforts to nothing. Although the test results obtained immediately after returning to Ukraine in the UEFA-accredited laboratory proved us right.

By the way, the players of the national team Serhii Kryvtsov and Junior Moraes, who were suspected of having recurrence of COVID-19, were also tested negative and have been already training with their team and preparing for the Ukrainian championship match. The Swiss doctor's refusal looks odd also because shortly before that he allowed the local team of FC Lucerne to take part in the match against FC Zurich, although on the eve of the match in both teams some players showed a positive test on COVID-19", - said Protasov.

According to the UAF first vice-president words, even after receiving a prohibition to play the match from the Lucerne authorities, the Ukrainian side was ready for a compromise solution - to postpone the match. "We were ready to assemble a new team and bring it to Switzerland, but it should have taken at least 48 hours to gather players, test, issue visas to players who do not have biometric passports, and organize a charter flight. Any manager who has worked with the national team will confirm that it is unrealistic to organize it in a day, as we were offered in Switzerland, for an away match”, - Oleh Protasov emphasized.