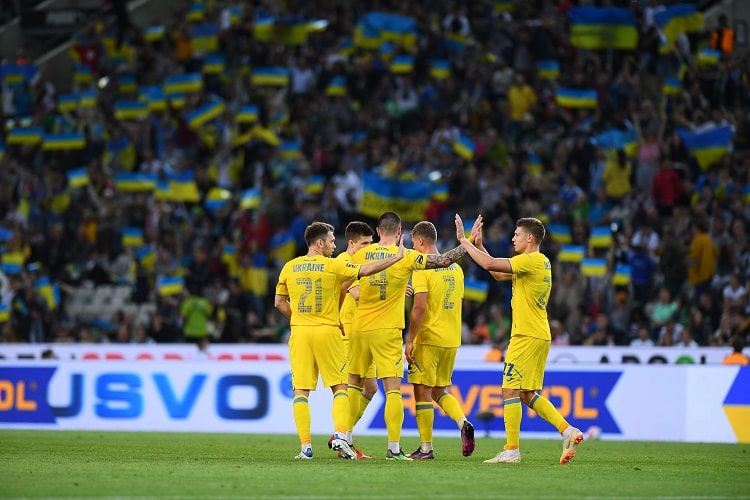 In Monchengladbach, Germany, at the Borussia Park Stadium, the national team of Ukraine started a series of friendly matches with the game against the local Borussia in preparation for the 2022 World Cup qualifiers play-offs and the Nations League 2022/2023 matches.

It will be recalled that the World Cup play-off against Scotland, which was to take place on March 24 in Glasgow, has been postponed to June 1 due to the Russian invasion of Ukraine. So, for the first time this year, the blue and yellows gathered only on May 1 in Slovenia, where they are preparing for the official games.

In the first friendly match, the national team of Ukraine met in Monchengladbach with the local Borussia. It should be noted that the entrance to Borussia Park Stadium was free for Ukrainians today. 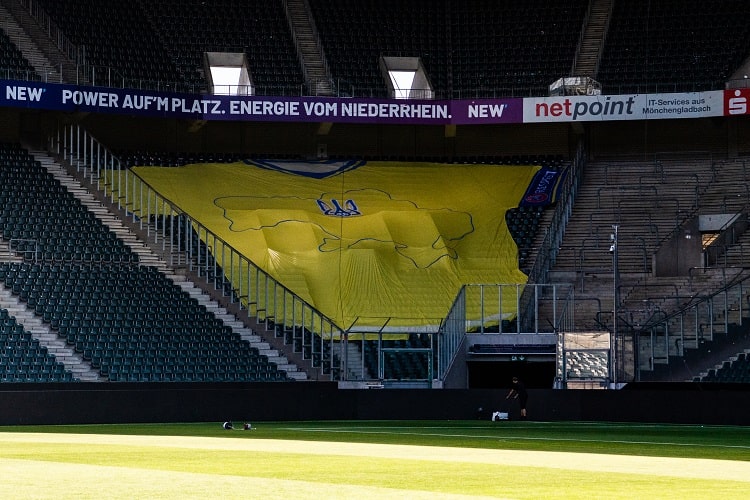 Our footballers came on the pitch in a special blue kit. The anthem of Ukraine was performed by the famous Ukrainian singer Khrystyna Soloviy, and our players at that time were dressed in special T-shirts, which indicate the settlements that suffered as a result of Russia's military aggression. Also before the match, players lined up with a banner STOP WAR. It should be noted that the main referee of the match in the first half was Ukrainian Denys Shurman, who is temporarily working in Germany. 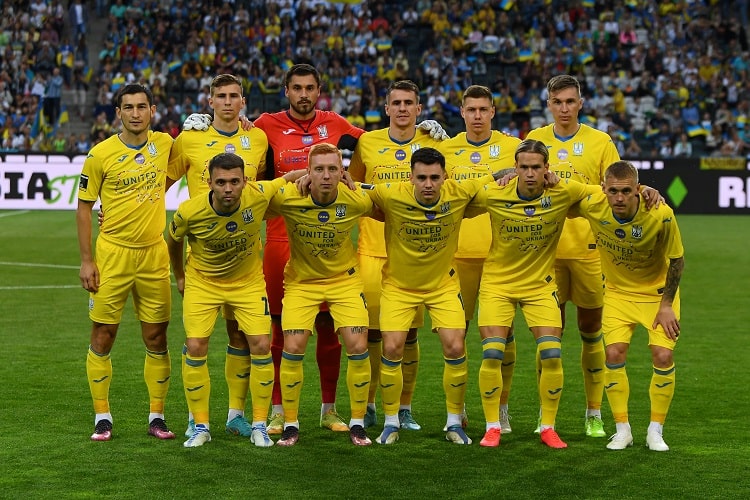 Given that the players from European leagues have not yet arrived at the location of the team, Oleksandr Petrakov put forward an experimental starting lineup exclusively of players from UPL clubs. Due to injuries, Tsygankov, Hutsulyak, Kornienko and Kryvtsov, called by the coach, could not play today, Trubin was left out of the application. Instead, Mudryk made his debut in the national team.

It was Mykhailo who became the main hero of the beginning of the match - in the 9th minute after Shaparenko's elegant pass from the depths Mudryk overtook both the defender and the goalkeeper and sent the ball into the empty net. The Germans responded by Plea's shot on goal. Soon Mudryk made a strike from a distance - Sommer was there to save. However, in the 14th minute, Borussia pulled back - Konoplya made mistake, and Noss scored in the near corner with no chance for Bushchan. 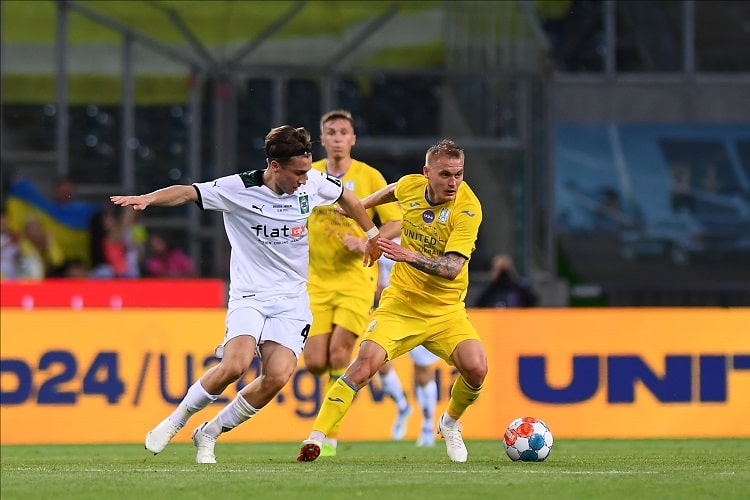 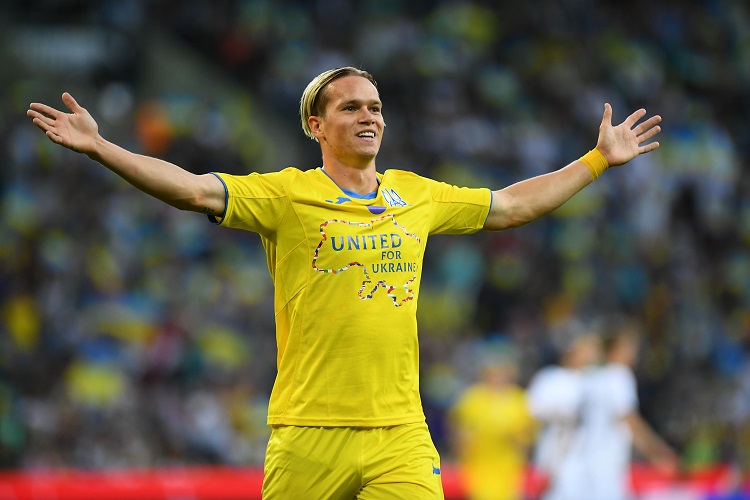 The most dangerous player of the blue and yellows remained Mudryk - after his passes and shots near the possessions of Sommer regularly there was danger. In the middle of the half there were moments for the hosts - at first Plea sent the ball into the goal, but the referee flagged an offside, later Herrmann smashed the ball over the crossbar.

In the 36th minute Karavaev threw the ball into the penalty area for Mudryk, but our winger failed to break through. Just before the break, Mudryk quickly created the counterattack on the left flank, brought Shaparenko alone with the goalkeeper, but Sommer won a duel with Mykola. 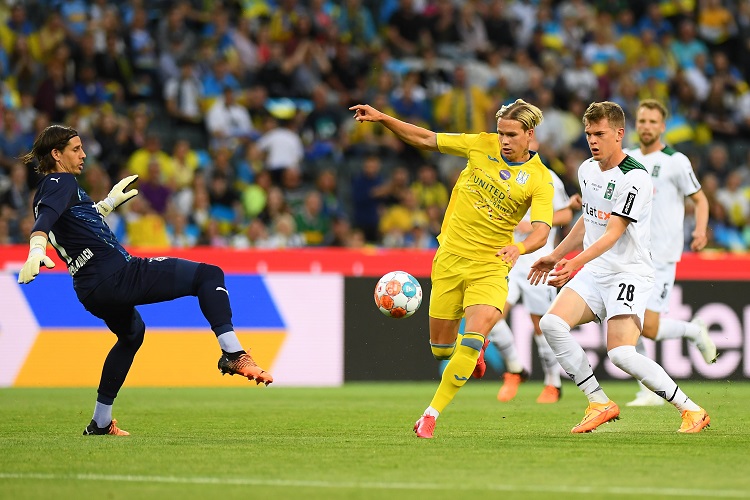 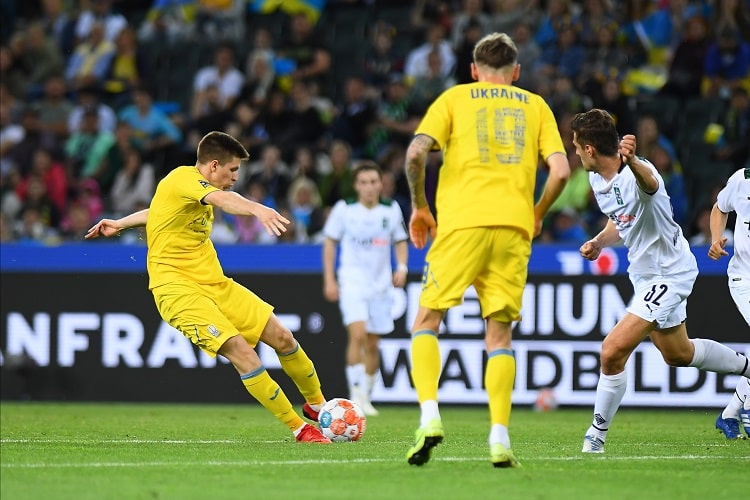 After the break, the Shakhtar winger continued to break the opponent's defense. At first Mudryk passed for a Sydorchuk's shot, but Serhiy let the ball go far. Later, Mykhailo himself broke through from the left flank to the goalkeeper, overplayed him, but Elvedi took the ball out of the goal line. Borussia responded with a Neuhaus strike from a distance - near the post. In the 67th minute Sydorchuk made a fine long strike - Zippel managed to save. Later, the hosts from a good position missed the chance to score. In the 81th minute, Bondar failed to close the far post after a corner.

Decisive in the match was a replacement from Petrakov - Pihalyonok scored, who, like Mudryk, made his debut in the national team. In the 82nd minute, the Ukrainians pressed the opponent well, and after a pass by Garmash Pikhalyonok scored from outside the penalty area. 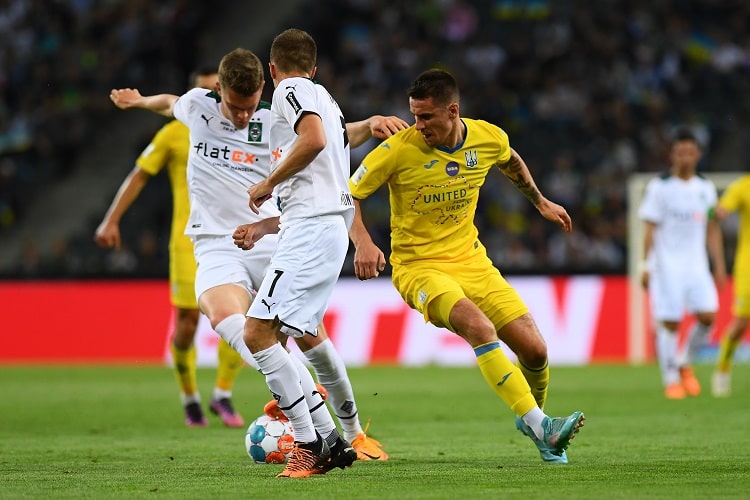 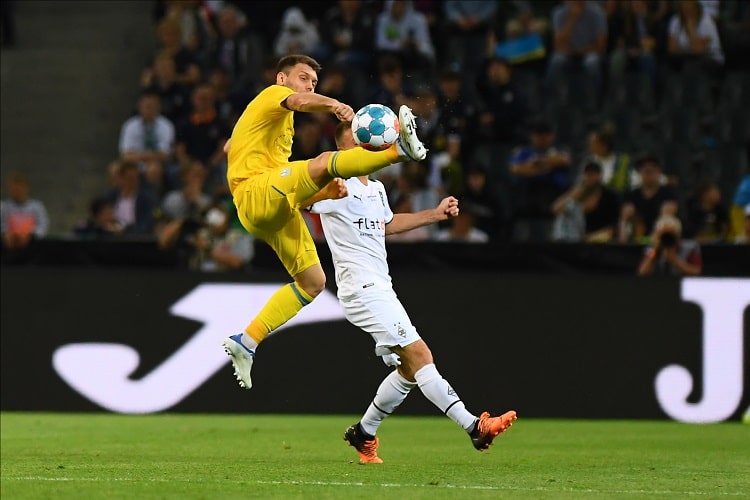 At the end of the meeting, Riznyk made a great save. The blue and yellow managed to keep the winning result and delight the fans in the first match of this year.

Friendly matches with Italy's Empoli (May 17) and Croatia's Rijeka (May 18) are ahead.