A new milestone in the life of Kyiv football: the regional federation sums up 2018 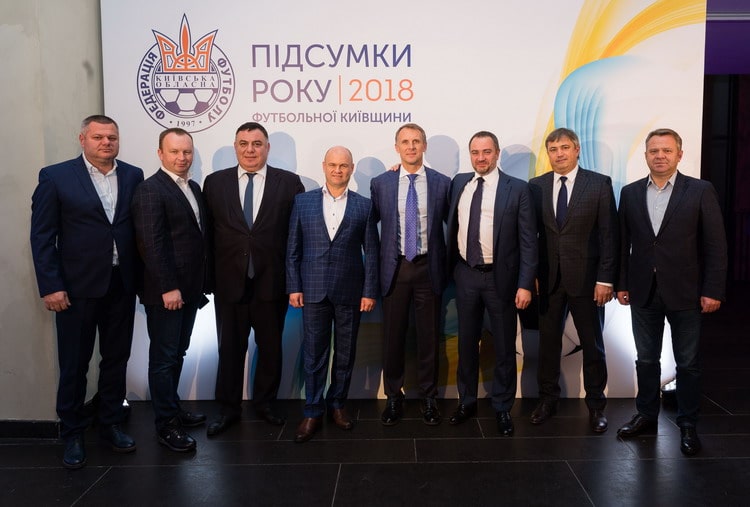 Kyiv Oblast Federation of Football (COFF) solemnly summarized the end of the year. The event brought together players, coaches, patrons and honored guests. Coffer Chairman Yaroslav Moskalenko opened the final meeting on the rights of the owner. He congratulated the guests and talked about the main achievements of 2018.

"You will not find a better national idea for Ukrainians than football. Football is more than a game. This is our life with you. We started the 21st year of KOFF registration with the improvement of our football economy. I want to emphasize that our federation has never had such strong support from the state in two decades, ”he said. 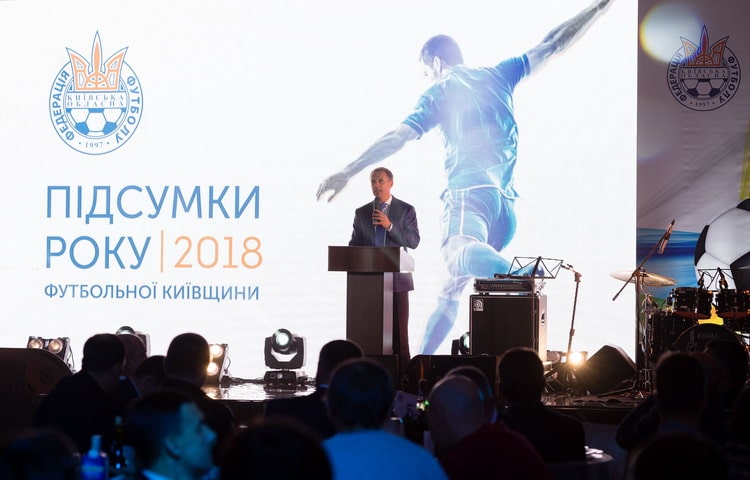 It should be noted that at the initiative of the leadership of KOFF Kyiv Regional State Administration together with the regional council supported the decision to co-finance projects for the construction of seven football fields in Kyiv region - when part of the funds provided by the region and the other part provided by local authorities. This year we managed to consolidate more than 60 million hryvnias, thanks to which work is underway on the construction of large football fields in Boryspil, Slavutych, Ivankov, Pirnov, Vyshgorod, Borodyanka and Stavyshche. Yaroslav Moskalenko assured that the federation will not be limited to this, as there are many communities willing and able to join the co-financing program.

He also focused on other successful COFF initiatives this year. These are the introduction of the practice "One player - one team", the provision of regional offices of office equipment and a training seminar with the participation of FFU specialists so that from next year all regions of Kyiv work in a single information and statistical base of FFU; high-level implementation of the competitive plan and achievement of teams; the first introduction of a program to compensate for the transportation of players and pay for refereeing for the regional championship among children (for this, UAH 2 million is allocated annually from the regional budget, the program is designed until 2022); record number of teams in Ukraine in the children's and youth football league - 176 teams compete in five categories. So really, not in words, but in deeds, Kyiv region educates future football stars.

The President of the Football Federation of Ukraine Andriy Pavelko joined the congratulations, noting that Kyiv Region has gained more than just seven new fields. "The new leadership of the regional federation inscribes its name in the history of football in the region not only thanks to the football club" Dinaz ", which everyone knows and respects, but also to successful infrastructure projects. And this is just the beginning, "said the FFU manager.

"I believe that next year KOFF will have its own house for the first time. And, as far as I know, this will be a great opportunity for the football family to get together and work on future programs, "Andriy Pavelko said. 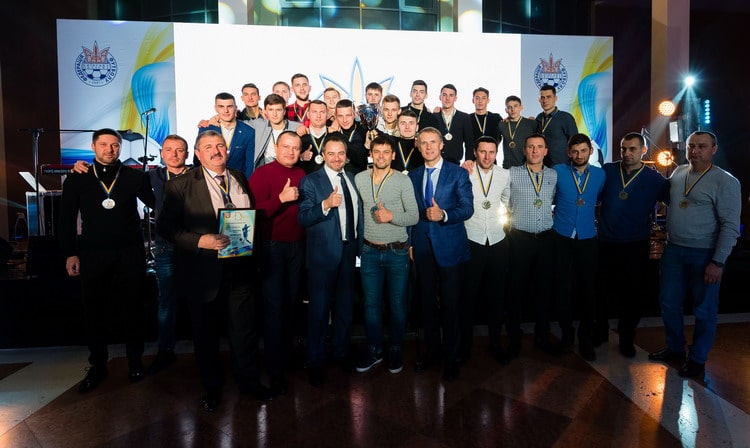 The main highlight of the evening was the award ceremony and presentation of awards to the best of the best. Among the first nominees were COFF arbitrators, arbitration observers and assistants, football veterans, coaches, patrons and CYSS. Zmina Stadium (Bila Tserkva) was chosen as the best football arena in Kyiv Region. The awards were also presented for their contribution to the development of beach soccer and women's soccer in Kyiv region.

Cups and medals were awarded to the winners of the regional championship of Kyiv region. The bronze went to FC Patriot (Baryshiv district), the silver to FC Dinaz (Vyshhorod), and the gold went to FC Lubomyr (Stavyshche).

The Kyiv Regional Federation awarded special and personal prizes to individual football players, teams and coaches. FC Avangard (Bziv) became the champion and the absolute record holder of the region. And in the football rating of the regions the first place was taken by the Kyiv-Sviatoshynskyi district federation, the second - Baryshivska and the third - Bila Tserkva.