League of Nations. The national team of Ukraine in Kyiv minimally lost to the team of Germany 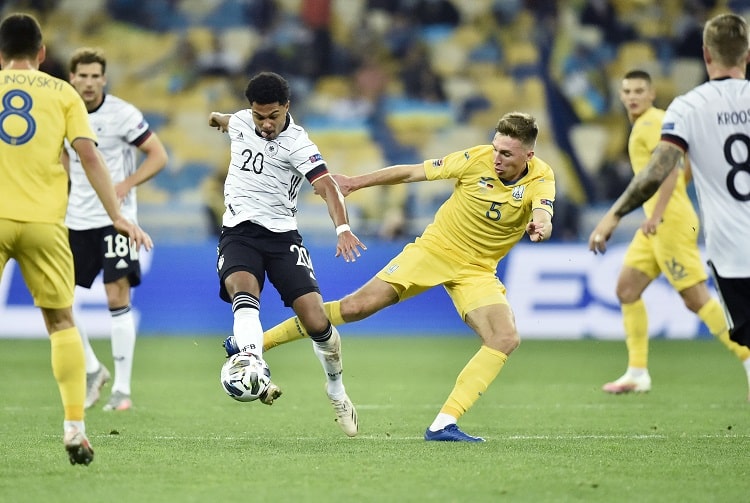 Compared to a friendly match against the French, which took place three days earlier, the coaching staff of Ukrainians put in the starting lineup of six new players - Sobol, Karavaev, Sydorchuk, Tsygankov, Kovalenko and Yaremchuk.

In the debut minutes, the national team of Ukraine with the support of fans who filled 30% of seats in the stands of the NSC "Olympic", looked quite decent against the background of one of the best teams in the world. The advantage in possession of the ball was on the side of the Germans, but the hosts several times carried out promising counterattacks, for a decent end of which was not enough last pass. In the performance of the Bundestim in this segment it is worth mentioning the blow of Gnabri, which fell on Bushchan. 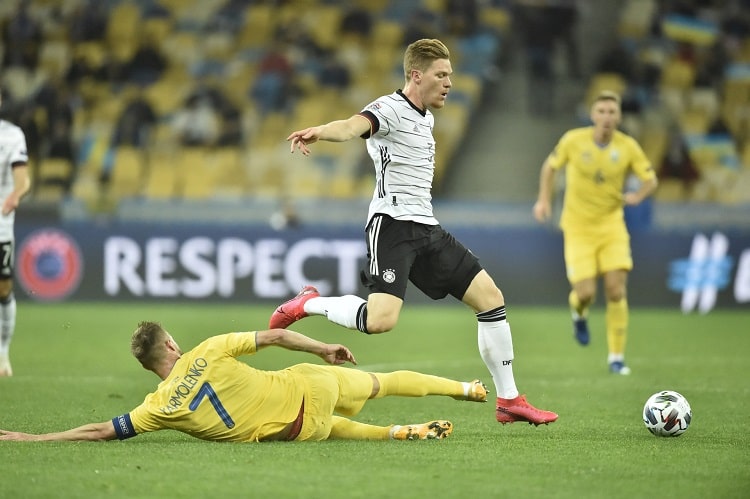 But in the middle of the half the Ukrainian defense failed. After the corner kick, Rüdiger, who was the first to be picked up near the Ukrainians' penalty area, managed to turn around, break away from Sobol and shoot into the center, where Ginter overtook Karavaev and shot from a few meters. In a minute, the same Hinter lost the ball at his own goal, but Yaremchuk did not take the opportunity, breaking above the crossbar.

The rest of the first half was under the control of the German national team. The Bundesliga players had several chances to increase their lead. In particular, Bushchan bounced the ball after hitting Hnabri with his head close and played well on the last line several more times. Andriy Shevchenko's wards did not succeed in the combination game due to a great lack and insufficient speeds. 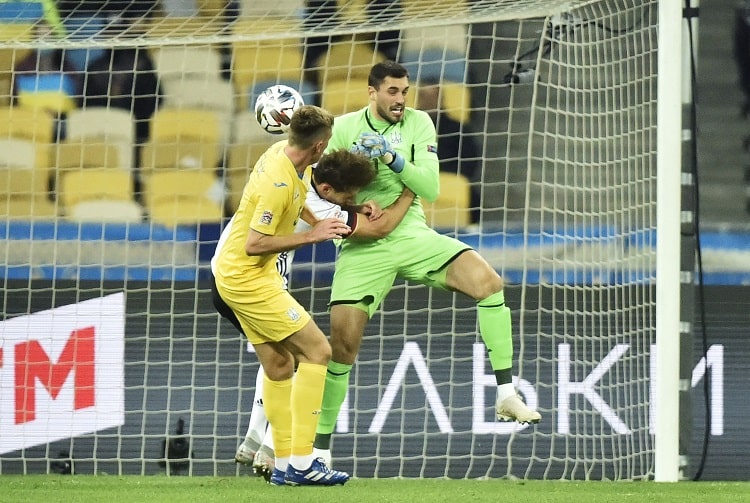 At the beginning of the second half, Bushchan made a mistake, not holding the ball in his hands after Klostermann's canopy, after which Goretska doubled the advantage of the guests. Later, the goalkeeper of the national team of Ukraine rehabilitated, making saves after the blows of Draxler and Klostermann.

The Ukrainians soon had a counterattack, but Tsygankov scored too weakly. However, Lev's wards were not destined to provide themselves with a calm limb. After a series of substitutions, the hosts were able to revive the game, and Yaremchuk earned an 11-meter, breaking away from Zule and forcing him to foul. The penalty was clearly realized by Malinowski. The blue-and-yellows could not develop success, although in the last minutes they managed to create tension at the gates of the guests. 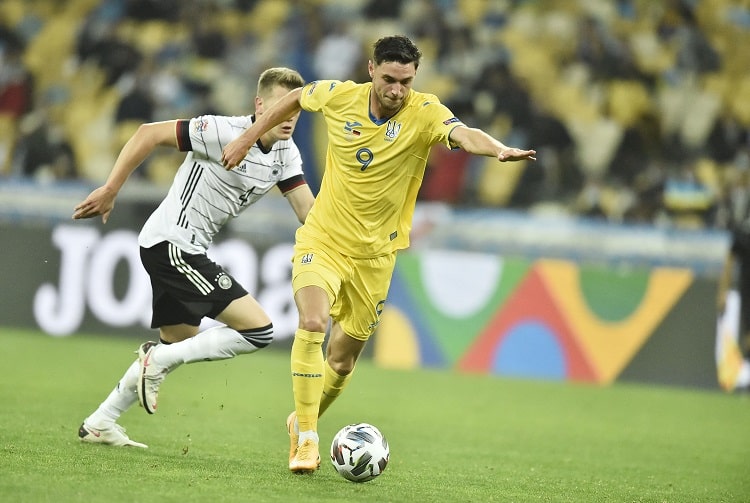