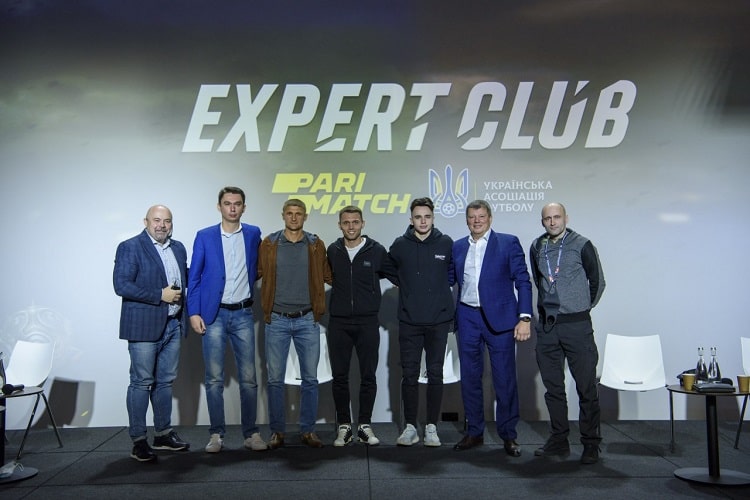 Today in Kyiv at PMHUB the Ukrainian Association of Football and the official partner of the national team of Ukraine Parimatch held the third meeting of Parimatch Expert Club this year.

Popular football experts, players of the national team of Ukraine and officials raised the most pressing topic of October in Ukrainian football - the matches of the blue and yellows against the teams of France, Germany and Spain.

Attendees had the opportunity to watch the significant moments of the friendly match against France (1: 7), as well as the Nations League matches against Germany (1: 2) and Spain (1: 0). After that, the experts expressed their opinions about these games, and the players of the national team remembered how they prepared for them and shared their impressions of participating in them. 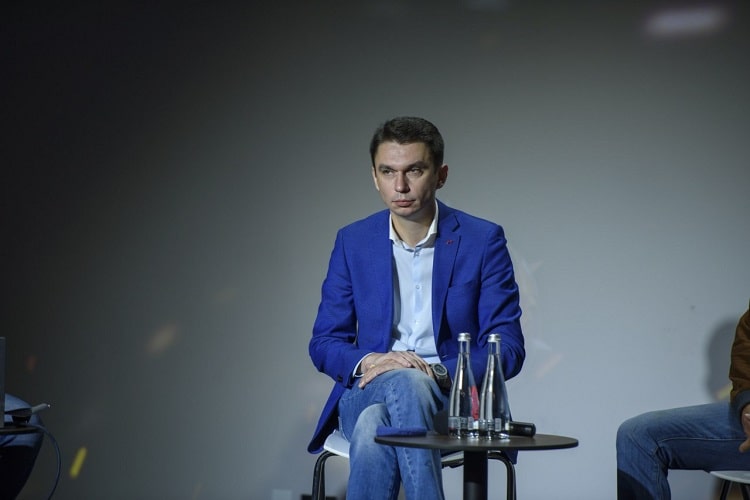 Parimatch spokesman Vadym Misyura said: “Once again, I would like to thank the UAF for supporting such projects, within which we can share on the hot tracks of emotions from the matches played by the blue-yellows. This is our ninth meeting of the Expert Club. And, taking this opportunity, I would like to thank our team for such vivid emotions that we experienced after the match with Spain. The Spaniards did not lose 15 matches in a row, so it is symbolic that the first defeat was inflicted on the Ukrainians, who pleased the country and the fans on the eve of the Day of Defender of Ukraine. It was a phenomenal victory. And we, as partners of the national team and UAF, will continue to support such events as today, creating communication between football players and fans. " 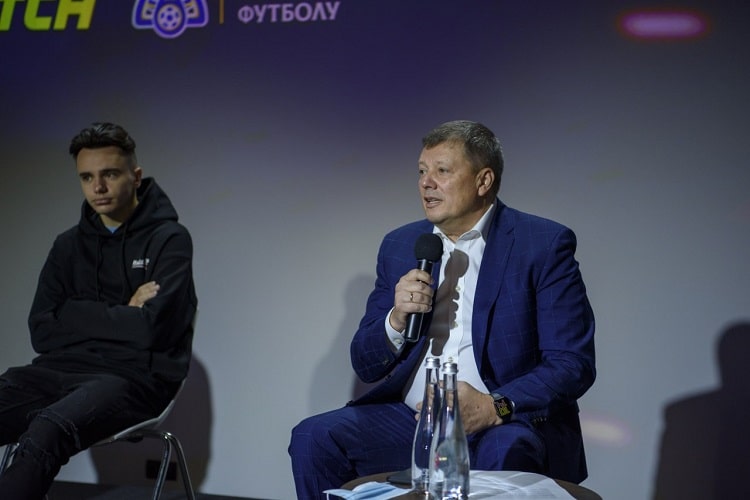 UAF Vice President Yuriy Zapisotsky stressed the importance of the October matches for our national team and congratulated the fans on the victory: “We thank everyone for their support and congratulate them on this result. Everyone knows what personnel problems prevented Ukrainians from playing in the optimal squad. But the result is on the scoreboard, and we have three more items in the coffers. This is a victory that will be an inspiration for Ukrainians in the next matches in the League of Nations. We gained a lot of experience after these three matches and now we are moving on. "

It is gratifying that despite the self-isolation mode, the goalkeeper of the national team of Ukraine Andriy Pyatov joined the meeting of the Expert Club online. He did not take part in the October matches of the blue-yellows, the first game, against France, in which the debutant of the national team conceded seven goals: “I communicated with Zhora both after France and after the game with Germany. I will always defend the goalkeepers. He showed his level, especially in psychological terms, a few days after seven conceded goals, being able to adjust to Germany and Spain. I applaud him standing up. He became the mainstay of the team, thanks to which the team was able to achieve such a result. These matches showed that we have a team, we have a national team. We just lack stability. It is difficult for us to play with the top teams number one, so we have to take organization and individual qualities. It was Jora who showed them in the matches with Germany and Spain. "

What the team of Andriy Shevchenko focused on during the national team's October matches was told by the defender of the blue and yellows Oleksandr Karavayev: “Everyone was to blame for the defeat by France, even those who were in the stands. We have one team, both in victories and defeats. After the match with Spain, Andriy Shevchenko said that we came out of the situation we found ourselves in after France with dignity. We have already played differently with Germany and Spain, fulfilled our plan for the game. We waited for our chance and beat Spain. They had to play better with the Germans, but a little was not enough. It is possible that the Spaniards thought that after winning the first game they would easily beat us in Kyiv as well, but after the match at Olimpiysky, I think they will remember our correct names. "

Mykola Shaparenko, the team's midfielder, also spoke about his emotions and impressions from the national team's matches: “It was difficult to compete with France, it is the top national team in the world. We wanted to play compactly, but class is class. Before the game with Spain, Andriy Shevchenko calmed down and gave tips. It was even easier to play, because there was an experienced Serhiy Sydorchuk nearby, who also gave tips and support. I think we fulfilled the plan for the game that Andriy Shevchenko gave us. When the score was 1: 0, I realized that we could win this match. " 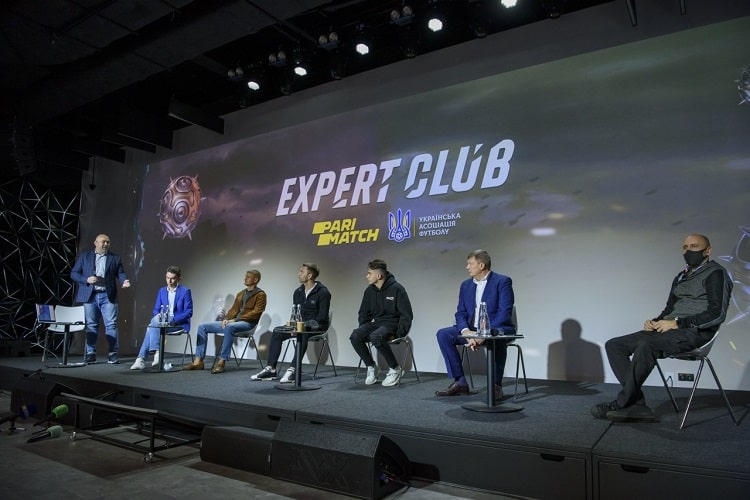 Former defender of the national team of Ukraine, and now the coach of the youth national team of Ukraine U-19 Volodymyr Yezersky noted that playing against such top national teams, our team will prepare well for the final of the Euro, and in matches with Germany and Spain it confirmed that it is no accident took first place in the qualifying group and beat Portugal. "I think that the nearest reserve has worthily replaced those who could not play in October. Apparently, in the next matches Andriy Shevchenko will have a pleasant headache as to who to entrust with a place in the team. The coaching staff came out of the difficult situation in which the team found itself after 14 players left. I think that even in the game with France, the Ukrainians had a chance to play better if they realized their moments, which were in the first half. And the beginning of the second half proved that you can also play with the French, "said Volodymyr Yezersky. In the next two matches, Shevchenko departed from the style to which we are accustomed, and due to the withdrawal of defense on the counterattack was able to achieve a good result in the match with the Spaniards. 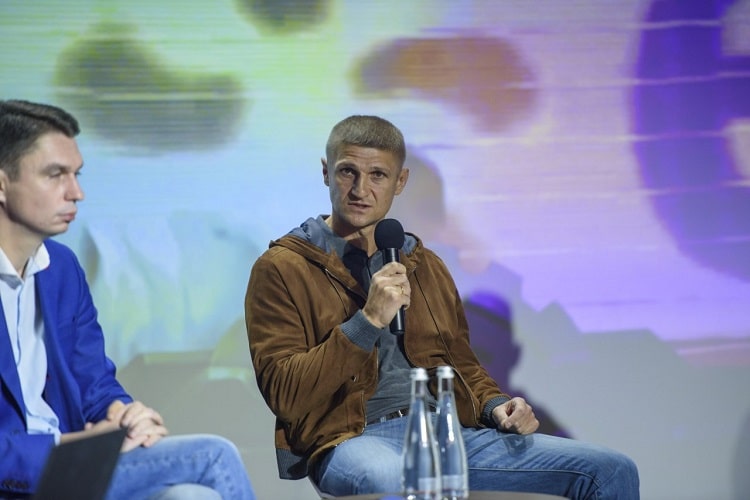 It is known that our team, while in France, faced additional problems after Yuri Pankov and Andriy Lunin, as well as some representatives of the national team staff, received positive tests for coronavirus. Maksym Betsko, the team's doctor, told how these problems were solved at the meeting of the Expert Club: “Such a situation could have been predicted, because now many football players around the world receive positive tests. Unfortunately, the same results were shown by two Shakhtar players who are players of the national team. Lunin and Pankiv had to be decided on the spot, in France. Then they had negative results, but according to the medical protocol, even if the test was erroneous, we must conduct it in the same way as positive. But we came out of this situation with dignity, and that's the main thing! ”

Defender of the national team of Ukraine Oleksandr ...