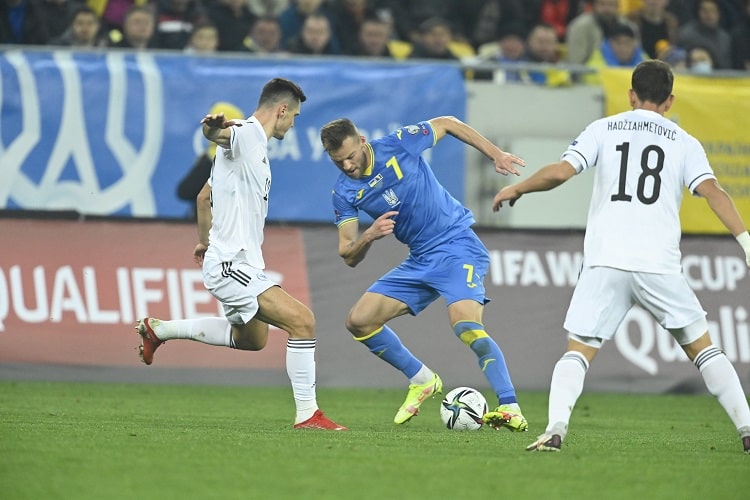 In their jubilee, 20th match in the capital of Galicia, the blue and yellows met a direct competitor in the fight for second place, which gives the right to play in the playoffs of the 2022 World Cup.

As expected before the start of qualifying, the last two matches of the group stage, with the Bosnians, turned into almost a joint, so in the Lviv team of Oleksandr Petrakov it was important to make a standstill before the November finish. 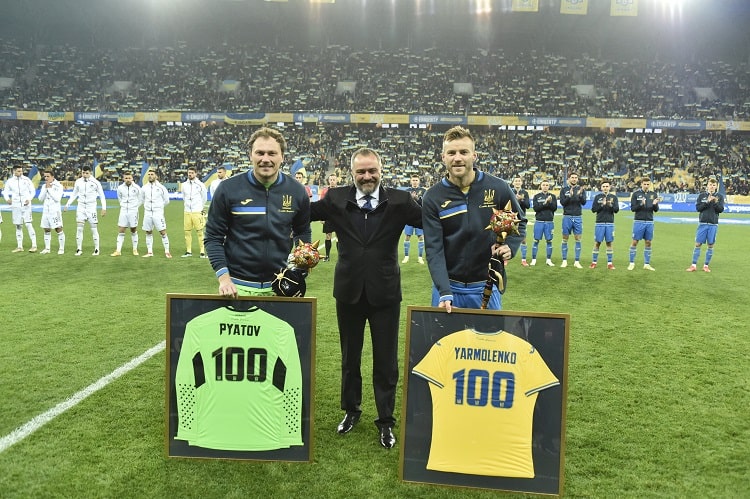 Before the game, Andriy Pavelko, President of the Ukrainian Football Association and a member of the UEFA Executive Committee, presented souvenirs to national team veterans Andriy Pyatov and Andriy Yarmolenko, who reached a significant milestone in 100 matches for the national team in the autumn. 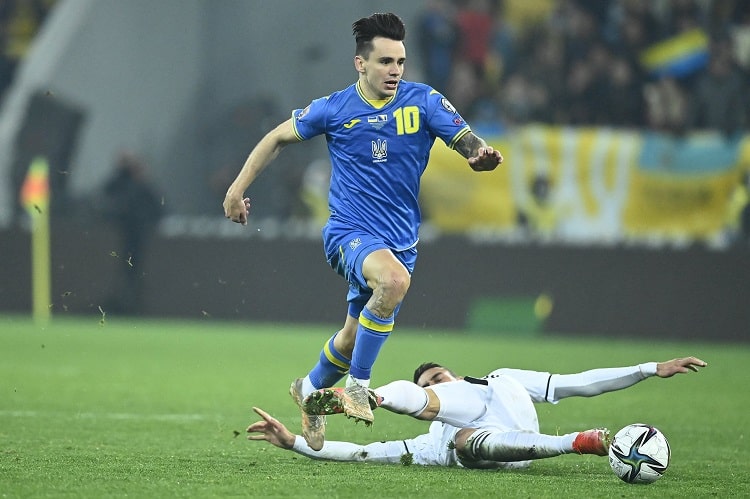 Compared with the victorious game three days ago in Helsinki, the coaching staff did not make any changes in the starting lineup, the same 11 performers came on the field. In the debut of the meeting, due to the extremely high price of the result, both teams valued the ball and prudently built attacks, trying to avoid unjustified losses. At a slow pace, Ukraine had the advantage and gradually pushed the rivals, forcing them to sink deeper and deeper. However, it was not possible to reach a comfortable position until the 15th minute, when Yarmolenko responded to Tsygankov's shot, scoring his 44th goal for the national team. 1: 0. 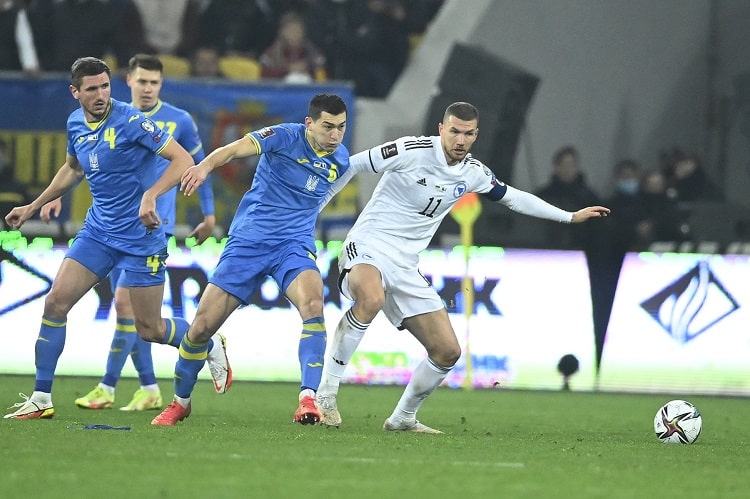 The closed model of the Bosnians quickly failed, and they were forced to take more active action, as a result of which the national team of Ukraine was able to prove itself in the game as the second number. And Petrakov's wards demonstrated that their defensive actions were also worked out, and the demonstration counterattack with the participation of reactors Sobol and Tymchyk ended with a heroic save by Shehich. And after Stepanenko's submission, Tsygankov did not use a great opportunity to excel, punching his head near the rack. 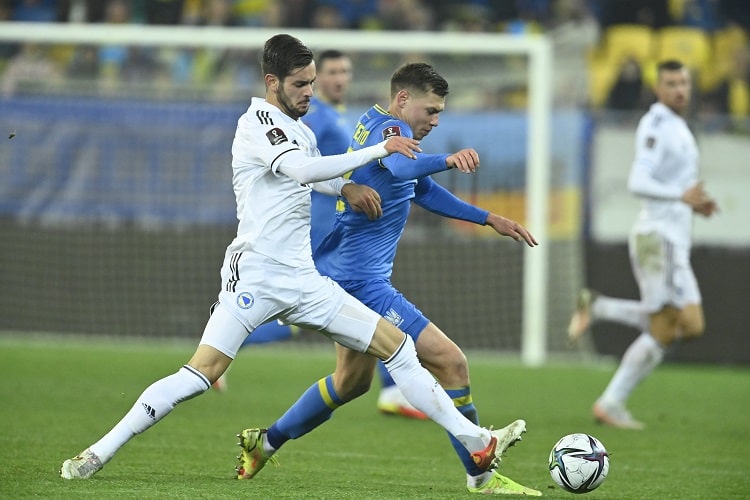 However, Bosnia and Herzegovina also had several dangerous attacks in the first half. Kolasinac hit from close range from an acute angle, but both his attempts were blocked. And just before the break, Pyatov pulled Khadzhiakhmetovich's shot, and Prevlyak missed the finish. 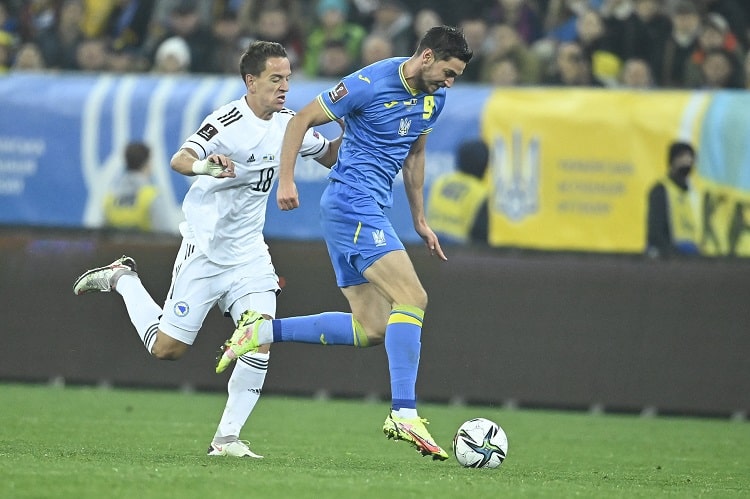 The end of the first half took place with the territorial advantage of the Balkans, they owned the ball for a long time and after the break. The Ukrainians had the opportunity to show their ability to act on counterattacks, and Tymchyk broke away from the opponents in the 50th minute, but did not hit the bottom corner, and soon Tsygankov and Yaremchuk played a great double-decker, but without dividends ... 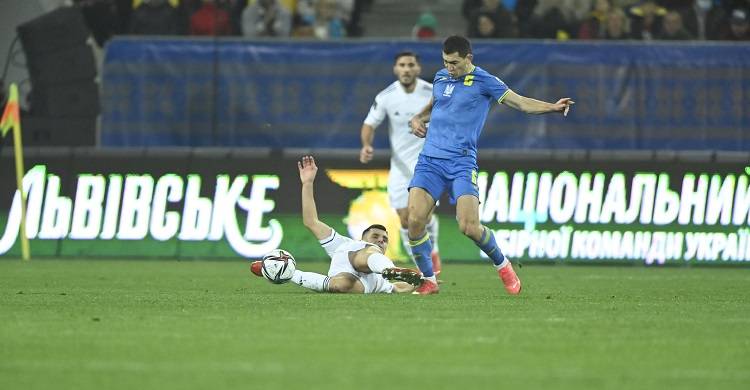 A large number of passes from opponents to the penalty area of ​​the national team of Ukraine could cause concern, and in the 69th minute a real save was made by Pyatov, pulling the ball out from under the crossbar after a shot by Dzeko. The pressure of the guests worked in the 77th minute, when Ahmedhodzic sent the ball into the goal after a clear pass from Stevanovic. Zubkov had the last chance to score the winning goal in stoppage time, but did not realize the free kick. 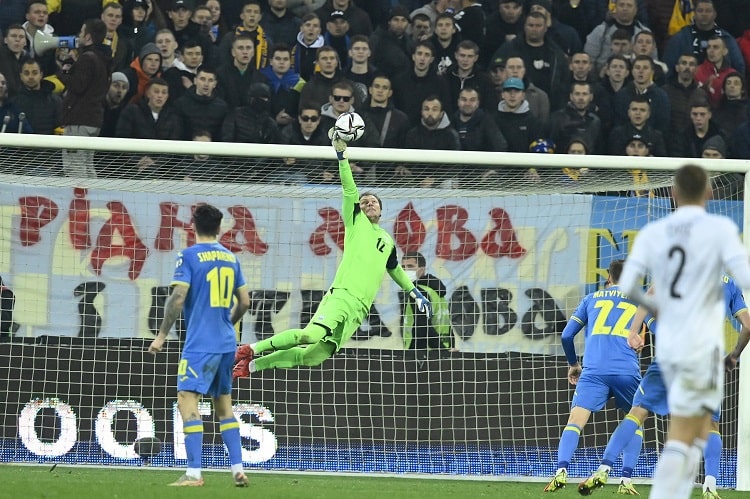 So, 1: 1, and the fate of the national team of Ukraine in the group will be determined in November. On the 16th, Petrakov's team will face an extremely difficult exam in Zenica, Bosnia.

Bosnia and Herzegovina coach Ivailo Petev: "We missed an easy ball and it was very difficult to enter the game"

World Cup-2022. Ukraine - Bosnia and Herzegovina: all the most interesting on the day of the match

Today in Lviv at the Arena Lviv from ...