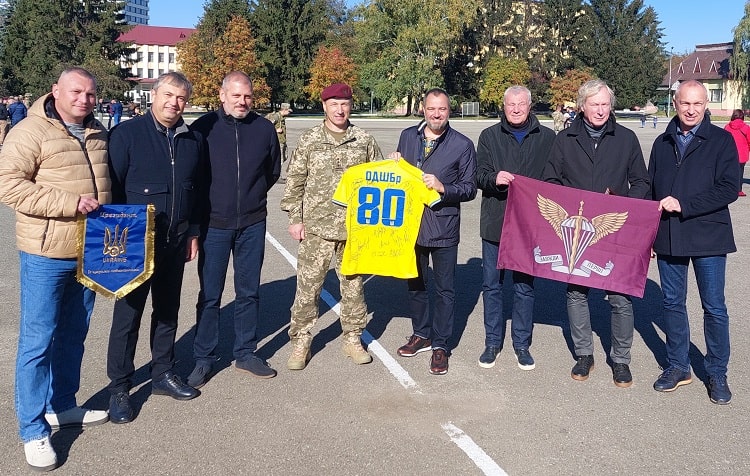 On the eve of the match between the national teams of Ukraine and Bosnia and Herzegovina in the selection of the 2022 World Cup, the leaders of the Ukrainian Football Association met with servicemen of the 80th separate airborne assault brigade of the Armed Forces of Ukraine. 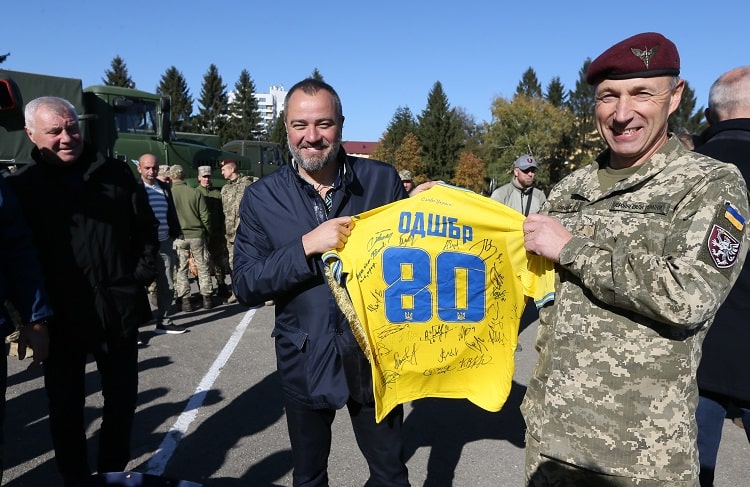 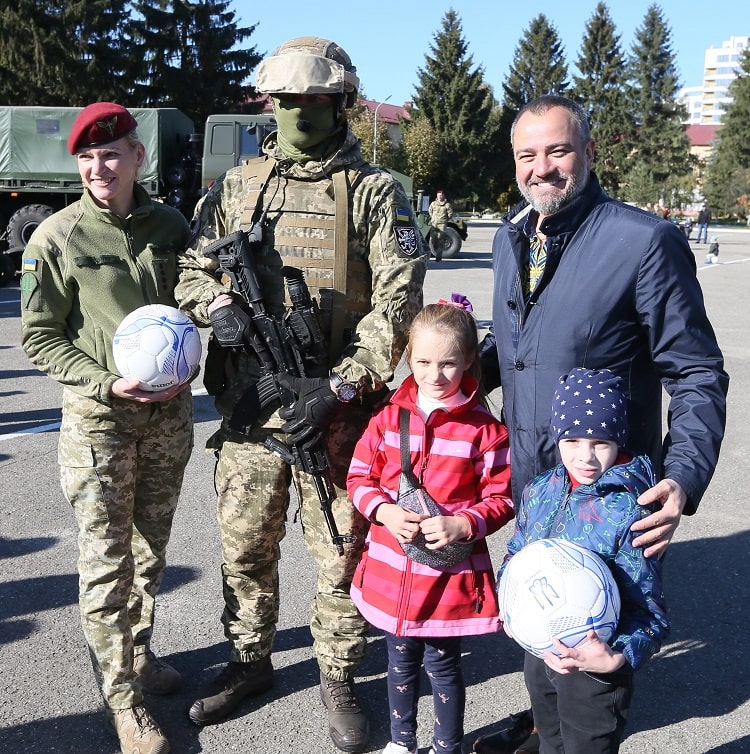 The guests of honor first of all honored the memory of the fallen military units near the memorial, which is located on the territory of the 80th ODShBr. Then the unit commander, Colonel Volodymyr Shvorak, conducted a small tour for the UAF delegation, during which guests could also observe the training of soldiers. Then the representatives of the association had the opportunity to talk to the soldiers and members of their families, who also came to meet, in particular, with the children of our defenders. 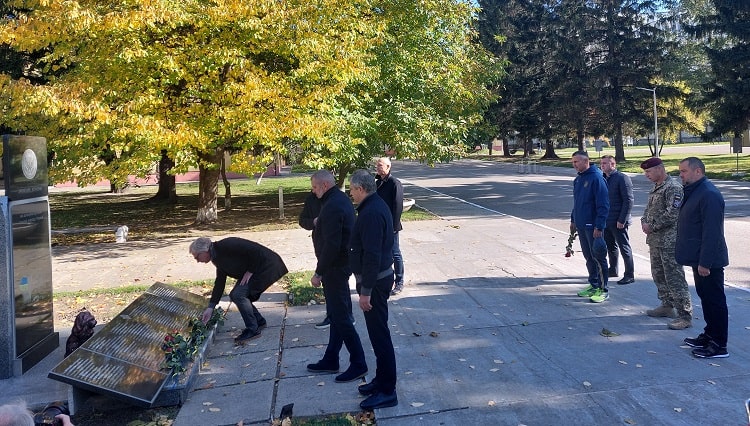 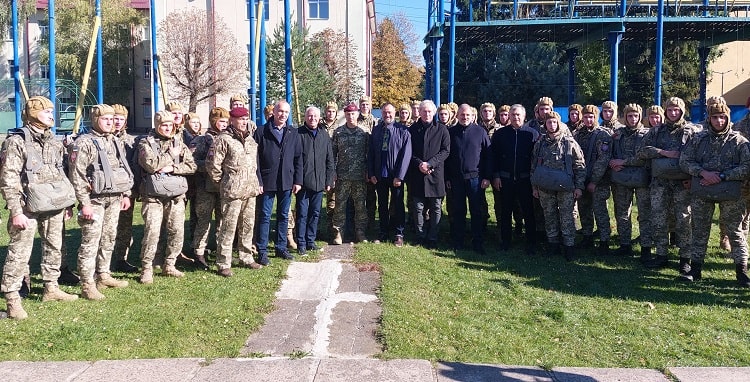 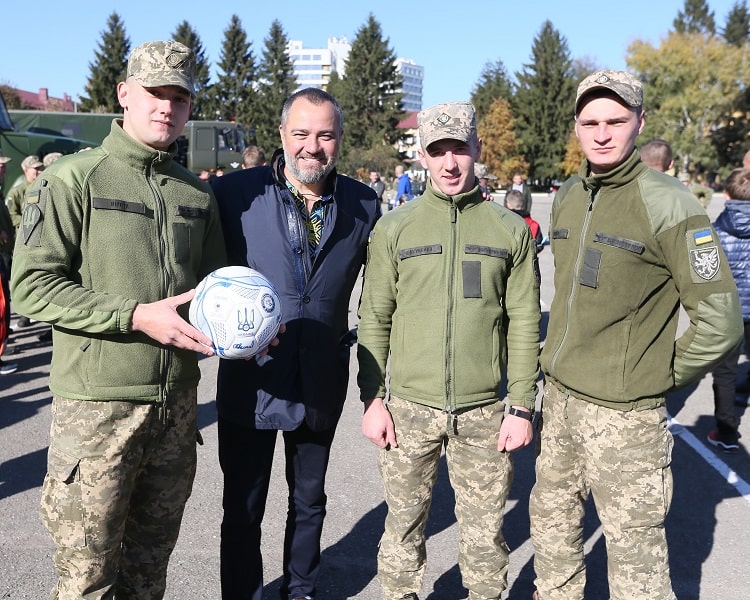 In memory of the friendly meeting, the UAF leaders presented the kids with balls, and their military parents - memorable gifts and handed tickets for the match of the national teams of Ukraine - Bosnia and Herzegovina. 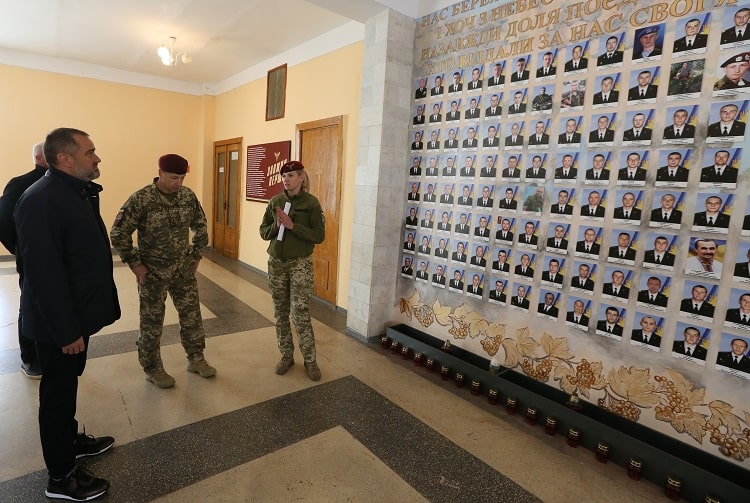 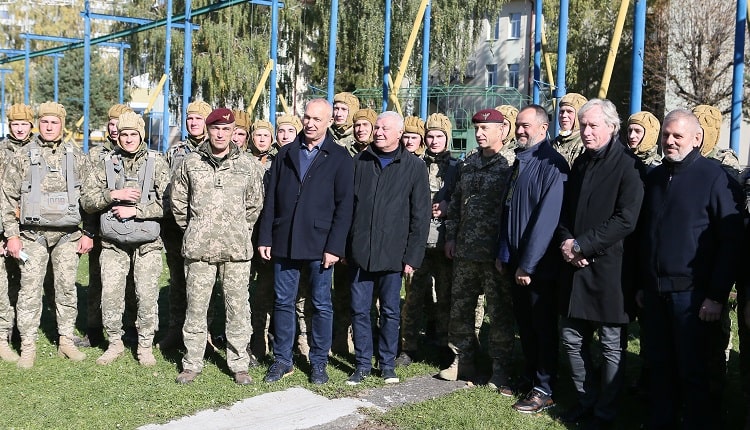 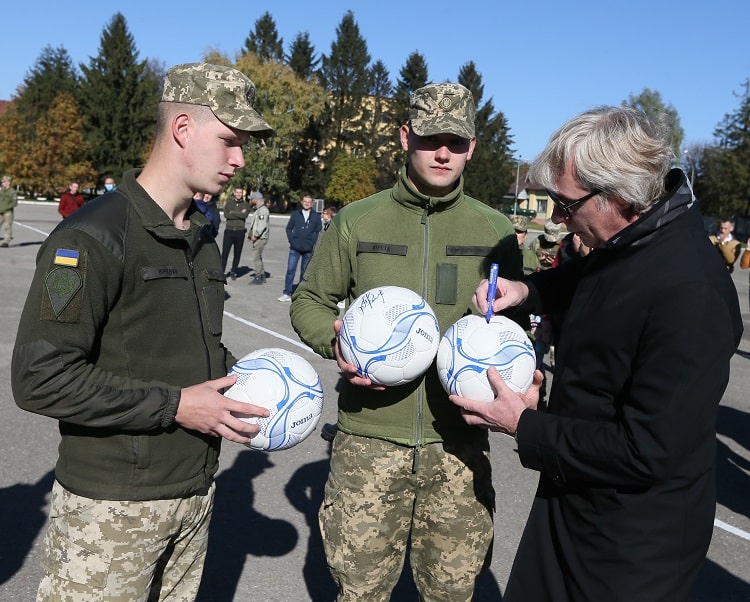 "It is always a pleasure to meet our defenders, extremely brave people who are ready to sacrifice their lives and health every day for the sake of preserving peace in Ukraine. They deserve the highest respect and support! Thank you to the commander and all the servicemen of the brigade for the peaceful sky over our country and the warm welcome. We are proud of you and always ready to help and support! ” - Andrey Pavelko noted during visit of the 80th ODShBr.

January. Chronicle of events: decisions of the Executive Committee of the UAF, high-profile transfers of players of the Ukrainian national team, meeting of Andriy Pavelek with representatives of the sports media

On the initiative of the Ukrainian Football Association, the Amateur Association...