Champions League. Dynamo scored its first goal of the tournament, but lost to Bayern Munich 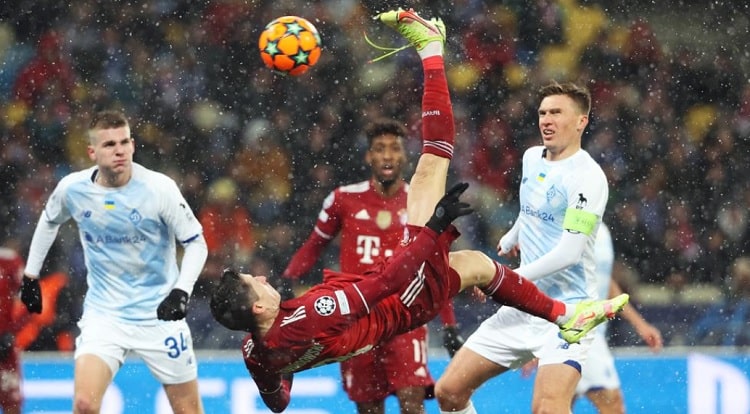 ChampIon of Ukraine suffered its fourth defeat in the group stage and lost its chances to reach the playoffs of the Champions League.

Dynamo approached the game at the last step in the table and with minimal chances for the 1/8 finals, while Bayern has already secured a place in the top 16. Despite a small tournament motivation, the absence of a whole group of performers due to the COVID-19 flash and the presence of Julian Nagelsmann, only 17 players, Munich played at the usual high level. 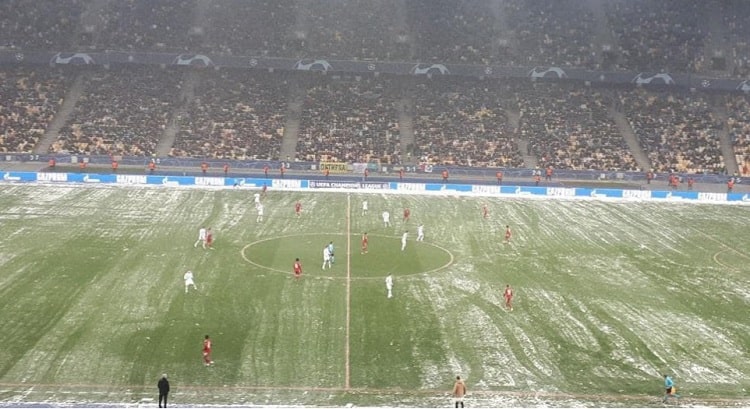 In the first half, the course of the game was significantly affected by the first snow that fell in Kyiv today. Both teams had unforced errors and clippings, and the speed of counterattacks decreased significantly. Despite this, the Germans adapted to the conditions at the NSC "Olympic", and in the 14th minute opened the scoring. After a pass into the penalty area, he flew away from Zabarny, and Lewandowski scored with a beautiful shot through himself. The Pole distinguished himself in the ninth match of the Champions League in a row. 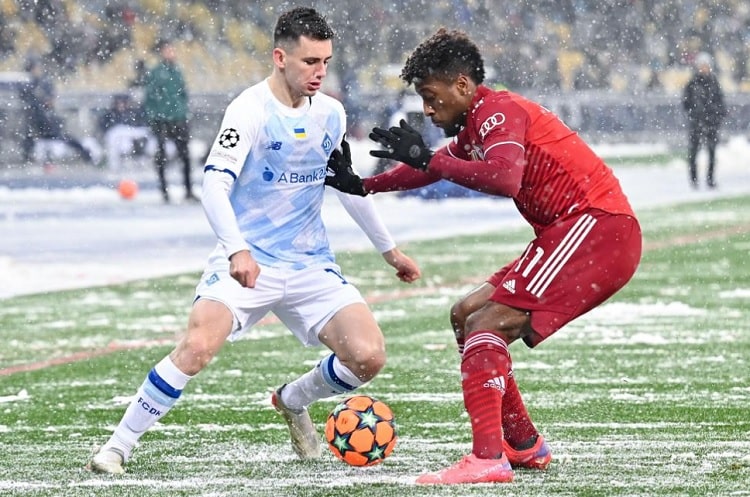 Dynamo ran well in the attack, but often lacked the last pass. However, in one of the episodes, the opponents almost gave the hosts a goal: Goretskaya knocked the ball out from under Tsygankov's feet, Neuer waved past him, but "Bavaria" was saved by the rack. Later, the German goalkeeper played reliably after Tsygankov's shot from outside the penalty area. And in the 42nd minute, the guests scored for the second time, when Mueller missed Tolisso's pass to Koman, and he shot Bushchan's goal. Before the break, the Dynamo goalkeeper rescued after a long shot Tolisso.

At the beginning of the second half Shaparenko decided to shoot from an advantageous position instead of hitting the open corner. Later, Mykola's attempt to score from the penalty spot was inaccurate. Subsequently, the Germans regained control, hitting the plane scored Tolisso. 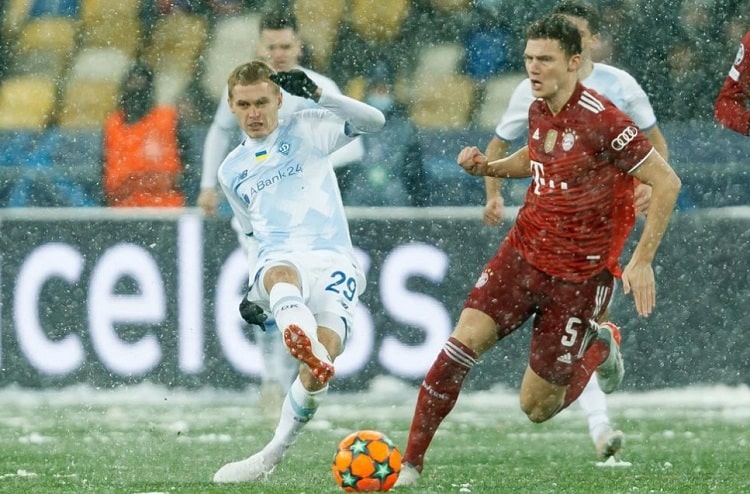 In the 70th minute, Dynamo finally scored its first goal in the current Champions League: in the counterattack, Mykolenko turned the ball to the right, Tsygankov gave it to Garmash in the penalty area, and he beat Noyer. Soon Kyiv could equalize, but Sidorchuk's shot after Shaparenko's pass was blocked by the goalkeeper, and none of the hosts managed to play on the finish.

Then the teams exchanged dangerous blows by Lewandowski and Tsygankov near the stand. Already in overtime, the latter after drawing the standard almost scored a long shot. Still, Bayern managed to keep the winning score and get three points. 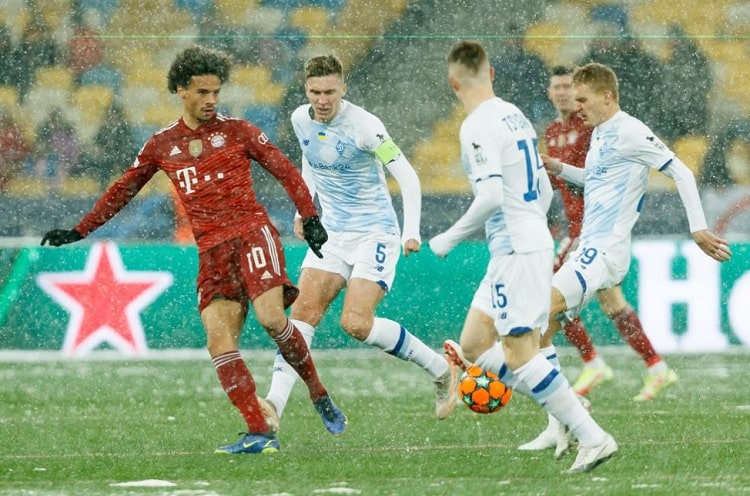 Champions League. Shakhtar lost to Inter and even lost their chances for third place in the group

Champions League. Today Shakhtar and two legionnaires' clubs of the national team of Ukraine will resume the fight in the tournament

Champions League. Shakhtar opened the scoring with goals scored in the tournament, but lost to Real Madrid