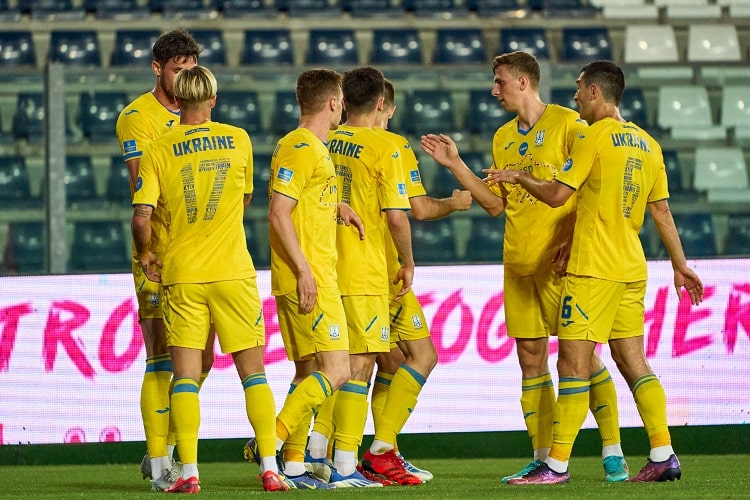 With a friendly match in Empoli, Italy against the local team, the national team of Ukraine continued a series of matches in preparation for 2022 World Cup qualifying play-offs and June meetings in the Nations League-2022/2023.

In the previous preparatory game, the national team of Ukraine met in Monchengladbach with the local Borussia (2:1). Since then, four players from European leagues have joined the national team. Instead, Trubin left the team, who went to the U-XNUMX training camp, and Buletsa could not play today due to injury.

Our footballers came on the pitch again in a special blue kit. , as well as EU flags. Before the kick-off, the introductory speech was made by the former coach of the national team of Ukraine from the coaching staff of Andriy Shevchenko - Andrea Maldera. The anthem of Ukraine was performed by Honored Artist of Ukraine Natalka Karpa. 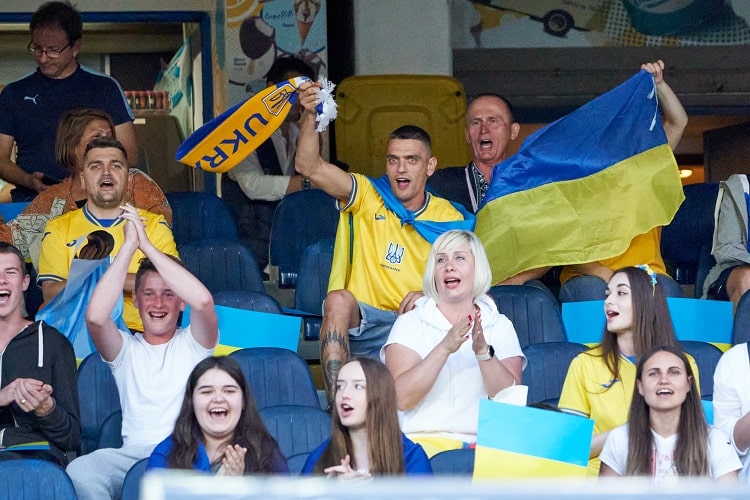 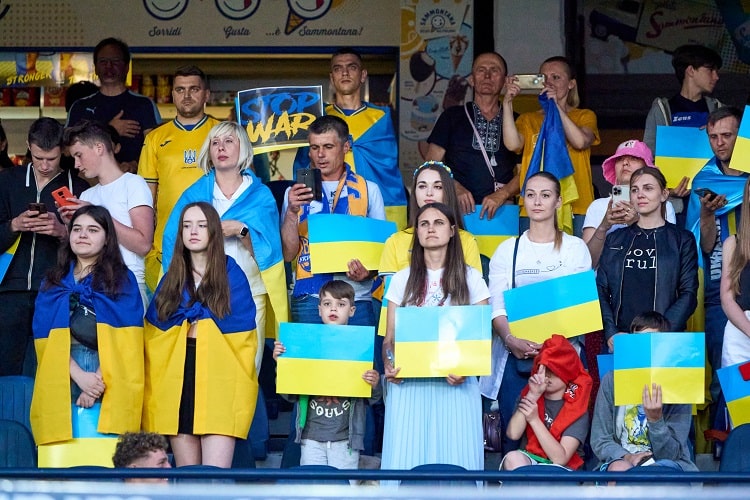 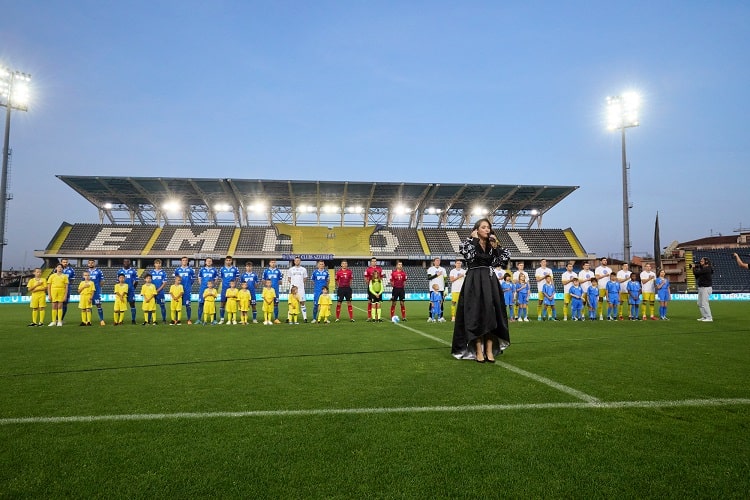 Compared to the previous match, Oleksandr Petrakov changed five players in the starting lineup. Pyatov took the place in the goal, from the first minutes Popov, Pikhalyonok, Tsygankov and Yaremchuk appeared.

The beginning of the meeting remained for Empoli, and the most active of the hosts was Baldanzi. But at first Pyatov did not allow the Italian to score, and later Tommaso sent the ball past the far corner. The Ukrainians responded with a good shot by Pikhalyonok and Yaremchuk's powerful shot past the target. In the 23rd minute, Cacace made Pyatov react with a shot from the rebound. 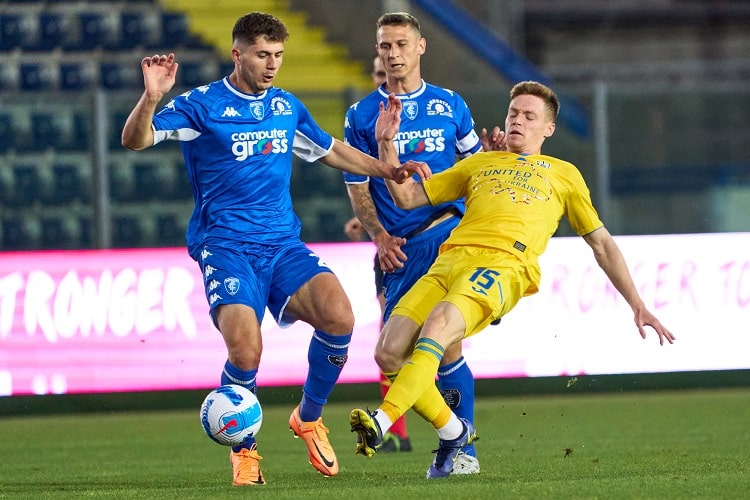 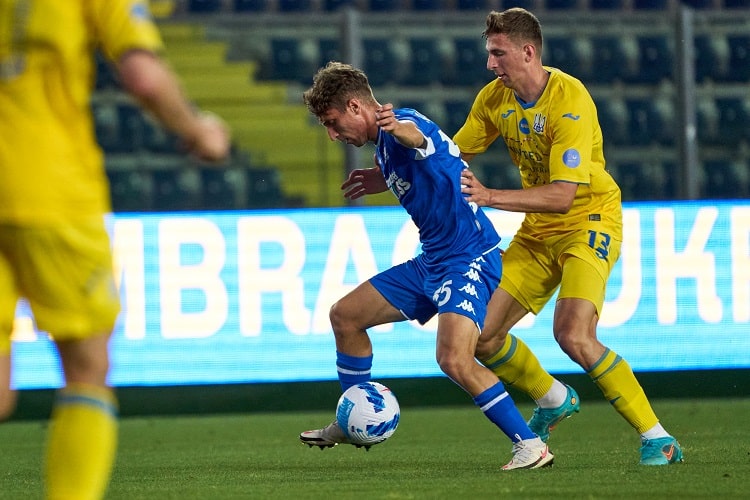 The first goal of the match was scored by the blue and yellows - in the 26th minute Tsygankov cut the defense of the opponents with a great pass, and Yaremchuk scored in the near corner. Ukrainians could increase their advantage. Yaremchuk and Shaparenko struck inaccurate shots, Yaremchuk hit the post in one of the attacks, and Stepanenko was unable to score. At the end of the first half, Tsygankov avoided offside and went alone with the goalkeeper, but sent the ball near the post. And in the next attack, Empoli managed to pull back - after the unsuccessful actions of our team in the defense La Mantia on the second attempt sent the ball into the net. 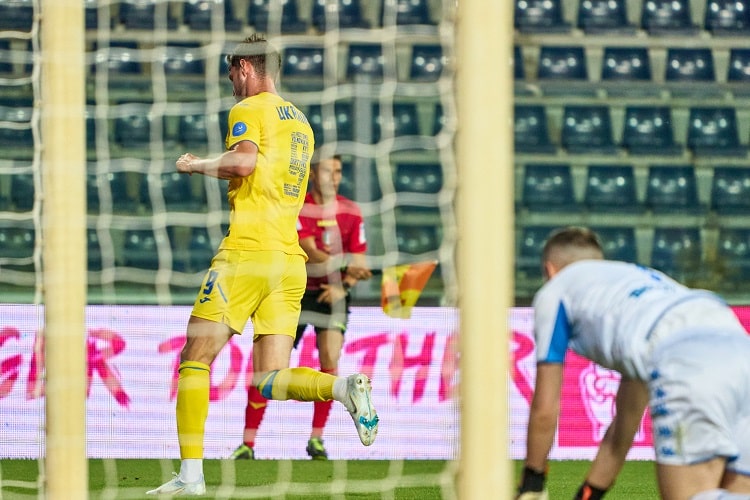 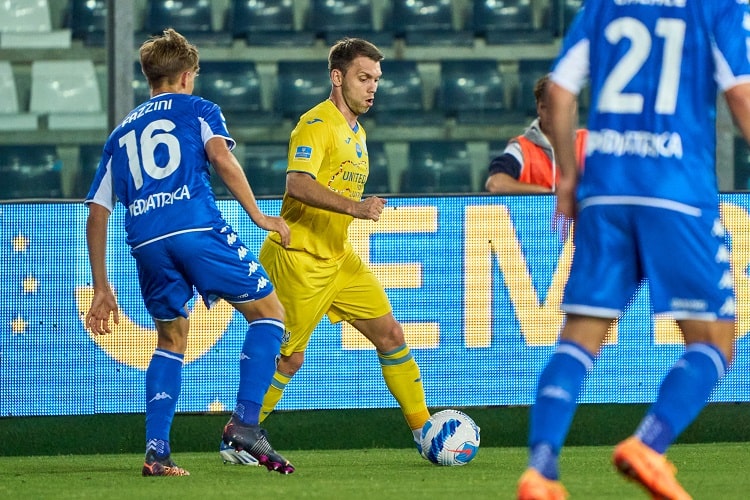 Immediately after the break, the Ukrainians took the lead again - Yaremchuk's shot from outside the penalty area Ujkani parried, but Karavaev was the first to finish. Then good moments had Yaremchuk and Pikhalyonok, but their shots lacked accuracy. In the 52nd minute, Mudryk pulled the ball into the penalty area, but did not beat the goalkeeper.

This pressure from the Ukrainians led to the third goal - Pikhalyonok struck a billiard shot in the far corner from the middle distance, scoring in the second game in a row. Empoli could have equalize one goal, but Bushchan, who replaced Pyatov at the break, saved after Stulatz's shot. 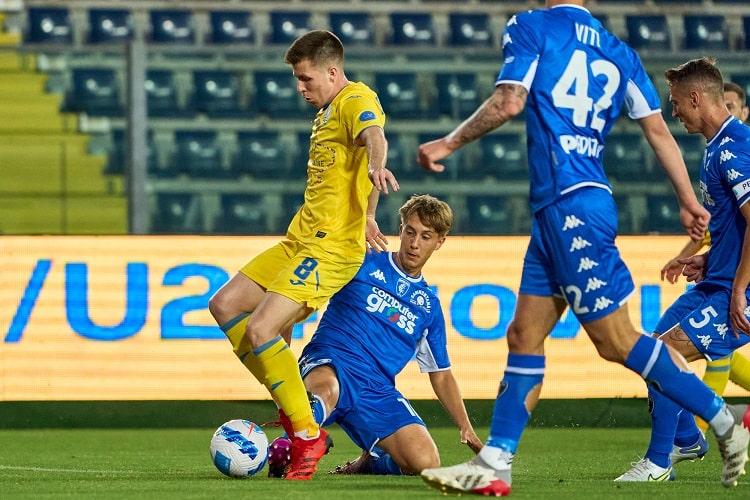 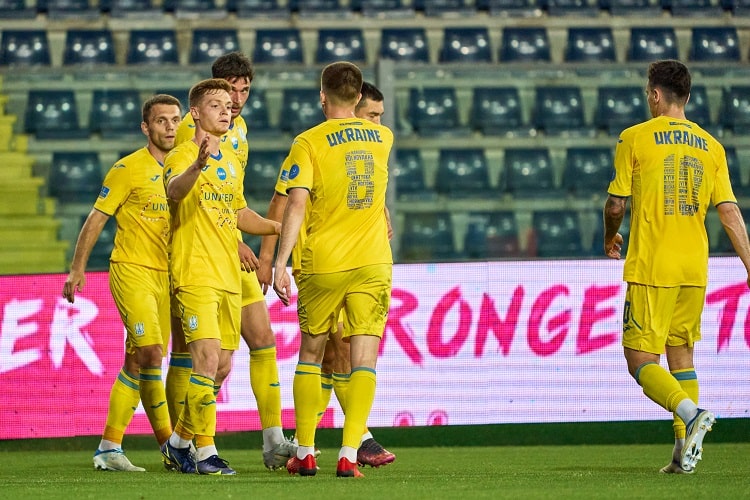 Later, the teams exchanged moments. Tsygankov's shot was parried by Ujkani, while Parisi responded with a similar shot to Bushchan's hands. Later, Verre from a good position did not hit the far corner, Yaremchuk did not score after coming one on one with a goalkeeper, and Bandinelli checked Bushchan's reaction.

At the end of the meeting there was trouble - due to injury Popov was forced to leave the pitch. Empoli created a few more moments in the last minutes, but Bushchan was on top. In the time added by the referee, Shaparenko wasted a good chance, and Degli Innocenti hit the post with a powerful shot. So, in the end, Oleksandr Petrakov's wards got a convincing victory - 3: 1.

Then the blue and yellow will play a friendly match against Rijeka, which takes place tomorrow, May 18 (kick-off at 19.00 Kyiv time).